Studio RM, founded in 1994, is modelled on the Sufi philosophy of the ‘Ustaad’ and ‘Shagird’ (the master and the apprentice). This has become a haven for young artists who are far from home, ones who desire a studio space as well as an interactive meeting place where the exchange of ideas and informal discussions creates an atmosphere of being part of a family.

There is a strong underlying philosophy in this body of work: be a master at your technique, excel in its execution, be humble in approach yet strong in belief, and frown upon the lack of respect for traditional art. 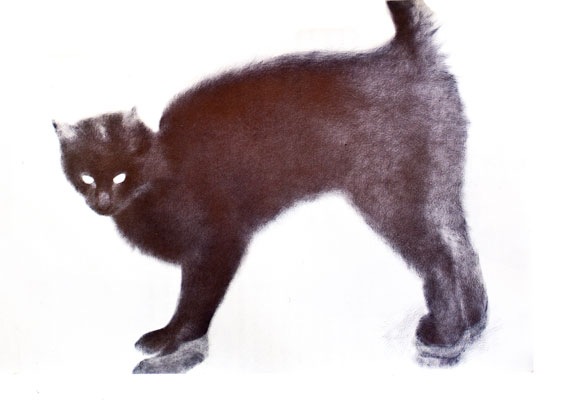 Sadaf Naeem’s painting, with which the show opened, created an interesting aura of the space between the body and its shadows. Right next to it, a powerful large canvas painted by Irfan Gul had a subtle layering of beautiful line drawings of figures of babies. These were shadowed by the obvious composition of the artist lying in the lap of a child, multiple elements of which slowly surfaced as one continued to contemplate the work.

Hira Mansoor’s masterful minimalist sewing machine right next to Aakif’s large-scale drawing, titled ‘Main or Aakif?’ with exploding figures, presented a startling contrast to Gul’s work, but both were somewhat surprising for viewers as both artists have been trained in the art of miniature painting.

Mohammad Zeeshan’s unconventional approach to miniatures, with a strong rendering of graphite on sand paper, has a stately figure trampling an elephant. In the artist’s words, this signifies the process of swapping tools of traditional miniature painting. Right next to it was Faisal Asghar’s black cat titled ‘Fear,’ a drawing in ball pen so skillful, it made the hair on your neck stand. Kakul’s powerful portrait of a bearded man was attention-rivet — the subject at once both divine and demonic.

Painted with matte strokes, Saba’s animated collaborative tapestry is filled with a myriad of tiny butterfly sequences, and she sculpts the face as if she is moulding the surface of the canvas. 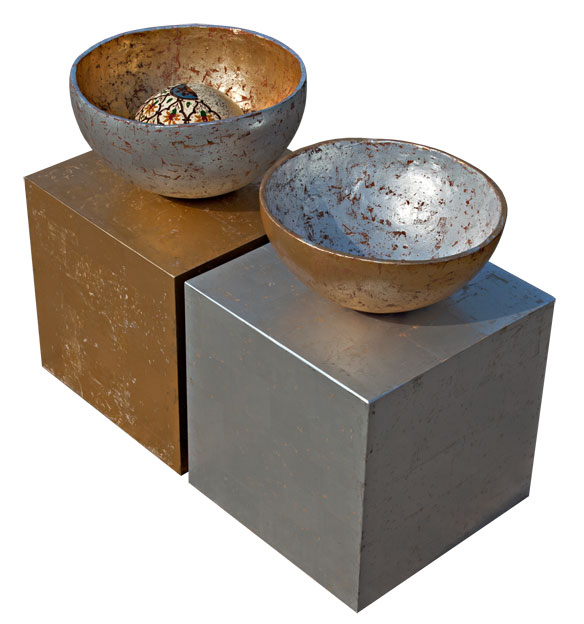 Then came R M Naeem’s slanting work. Composed as a flag and painted in the national colours of green and white, the canvas is so well executed that it is difficult to distinguish it from a digital print. Naeem’s work is a reaction to the prevailing socio-political disorder that he maintains is rendering a dysfunctional generation.

And last but not least, there was Naveed Sadiq’s diptych miniature painted in sepia. Naveed’s work has a strong array of historical references yet it demonstrates the artist’s contemporary style. His is the eternal quest for “the self.”

Overall, the show was a panoramic experience. Its powerful content drew viewers into a meditative retreat from the realities of the troubled city it showed in.