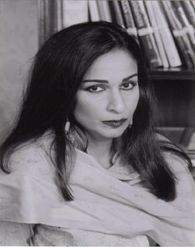 If you share Eric Hobsbawm’s view of the twentieth century, then it will be difficult to disagree with the idea that one of the most explosive political forces in the world has been the proliferation of raised yet unfulfilled civic expectations. In Pakistan today we have the same problem of unnaturally high expectations, not from democracy, but from women legislators. The desire for change is so intense that for women’s issues at least there is a cacophony of demands for legitimate action related to the new breed of parliamentarians. From a nation that has exhibited a growing distaste with mainstream politics, it is almost as if all hopes for a new beginning have been concentrated on the 73 women in the legislatures. Much of it is well-meaning. but often based on unreal assumptions. Which begs the question: why have women parliamentarians not been able to deliver on any of the promises that they made to themselves and others when they got sworn in as public representatives?

My own year in the National Assembly has been a case in point. Some disappointments were like rites of passage, while others remain open like the wounds inflicted by successive military strongmen on our body politic. What lessons can be learnt and where can we expect to go from here? First of all, it is important to remember that women are as much part of the party system as their male counterparts. Any hope that they will act outside the governing rules or manifest interests of their parties is both naÃ¯ve as well as ill-informed. Constant exhortations for cross-party policy formation ignore the reality that 72 of those women in the House are entirely dependent on their parties for their seats, even if they have been elected on the general tickets. One campaigned as an independent.

Established pluralist systems acknowledge that party discipline can be a double-edged sword. For purists, its value far exceeds its demerits. Indeed, for those who rubbish our mainstream political parties as both incompetent and corrupt to valourise independent politics, a short course in the value of party politics is in order. Take the example of a bill acting to delegitimise honour-killings in the National Assembly. Just a telescoped history of its tortuous course in the shark-infested waters of federal politics will demonstrate what is the real status of women’s interests in Parliament. On January 14, 2004, the PPPP moved a Private Members Bill to this effect and lodged it officially in the assembly secretariat. Because it is the largest political party which understands parliamentary routine , the way it works is that once the decision is taken to table a bill of this nature, interested members quickly sign on to the bill as co-movers. At this point the Women’s Parliamentary Policy Committee acts to ensure that senior members of the party’s high command also sign on the bill so that it becomes a serious party initiative and does not get marginalised. This process not only binds senior members to speak in support of it in the House but also to see to it that the party whip ensures unanimous voting. The next stage is lobbying for passage of the bill among other parties in the House. This is usually done before the bill reaches the floor of the House. If a handful of three well-meaning members of the PML-Q then tell us that they too are anguished enough to support the bill, we of course welcome it, but their three votes count for very little when we, say, would be seeking at least 80 or more votes from our colleagues. Now given that such legislation is purely in the public interest and is patently non-partisan, we would have thought that en bloc party voting would at least be available to us from the government or PML-Q coalitions.

Well, here is where hope is eclipsed by disappointment. Despite much public time devoted by a handful of pro-women members of the Q League, when the chips are down little enthusiasm or support is forthcoming from the ruling party. In fact, my experience with the Hudood Repeal Bill exposed senior members of the ruling party as plainly hypocritical or openly misogynist. And even on the less revolutionary honour-killings bill, the few Q League legislators interested in supporting the bill cannot seem to do so unless it becomes a non-party bill. But the question is, how far can anyone go in the National Assembly with a non-party bill? What will we do with the Q Leagues’ three votes, and what happens if the party supporting the bill drops it as a party agenda? The fact of the matter is that the minute the bill appears on the floor of the House as only Sherry Rehman’s bill, it becomes vulnerable to individual politics. The whole point of party discipline then gets defeated. The gallery reporters may lionise me as the sole spokesperson for women’s issues, but that will neither be true nor fair to either women or to my party, which from top to bottom committed itself to the issue when we lobbied for it amongst our own committees.

As it stands, both the Hudood Repeal and Honour Killings bill have yet to be ‘allowed’ on to the floor of the House for debate and voting by the Speaker. The first was submitted to the NA secretariat in October, and the second in January this year. Now we all know that holding a bill back from the agenda of the National Assembly is both illegal and unconstitutional. Yet this stratagem appears to be one new twist to the anti-democracy parlour game being played out with parliament by a quasi-military government. On the one hand we have General Musharraf playing to the international gallery by declaring that all women’s issues, including the Hudood repeal be ‘discussed’ in parliament, not necessarily repealed. On the other hand, we have the leader of the Q League, who willingly concedes the blocking of all such legislation at the Jamaat-i-Islami’s demand, without a flicker of embarrassment.

Needless to say, this heart-breaking concession was made at constitutional gunpoint when the MMA’s casting vote was required for the last hearing of the Seventeenth Constitutional Amendment. That General Musharraf remains the sole beneficiary of this amendment which gives the religious right veto power over the national agenda is an irony no longer lost on many members of the diplomatic corps whose capitals remain his only constituents now. Aware of the hopeless situation in parliament many of the more principled among the embassies in fact, are openly asking why Musharraf just does not do away with the Hudood Ordinances in the same manner that they were promulgated — by military fiat.

I can only hope that their innocence one day gives way to the realisation that Musharraf’s entire political equation rests on a Faustian deal he made with the religious right. Surely there is little room for women, human rights or even parliamentary supremacy in that deal.

It is no small coincidence that the most strident critics of any pro-women initiatives in the NA have been the MMA women. But they are not the only ones. If General Musharraf and his proxies in the National Assembly continue to choke all women’s legislation at its very genesis, then I, as a freshman member of our august legislature, would ask everyone to stop looking to women legislators to change anything at all.

Not only is this parliament a farce, it is actually serving as a convenient but emasculated window-dressing for a military dictator. If things don’t change by the end of the year when he steps down as COAS, I would suggest that all democrats review their strategy of being part of such an exercise. Banging desks for one year was not easy, but obviously it was the only thing to do.

Sherry Rehman is President, Jinnah Institute and Vice President, Pakistan Peopleâ€™s Party. She has served as Pakistanâ€™s ambassador to the United States and Federal Minister for Information.