‘Can you tell us exactly what happened?’ 18-year-old Marie is asked, by the officer who visits her at the crime scene; by the lead investigator who comes in late; by the nurse at the hospital; by the investigator again when Marie is brought down to the station; and so she continues to relive the traumatic experience, over and over, and over again. Based on a Pulitzer Prize-winning article written by ProPublica in collaboration with The Marshall Project, Netflix’s new original series is a story about ‘true events no on believed.’ Unbelievable follows the life of Marie – the survivor’s middle name used in the article to protect her identity – a young girl who reports a rape and is later intimidated into confessing that she made it all up; and a rape investigation three years later where the assaulter’s methods bear a striking resemblance to Marie’s story, finally proving that the teenager had been telling the truth all along.

The show begins with a shot of Marie wrapped in a blanket as a police officer towers over her asking the details of the rape. She recounts everything she remembers about the assault, he then asks her some follow-up questions. Right as the episode begins the camerawork, the dialogues, the lighting and the sound all make it abundantly clear that Unbelievable is going to be an uneasy watch; certainly even more so if you’re a woman.

By the time Marie is done repeating her story to the various people involved in the investigation, the lead officer gets a call from her former foster mother; she doubts Marie is speaking the truth and so the teenager is brought in for questioning again. The phone call results in a horrible chain reaction; repeated testimonies, counter-questioning and station visits later, a deeply disturbed Marie recants the entire story, admitting that she had made it all up. For the viewer, everything about this chain of events, and every person involved; from the foster mother, to Marie’s counselor to the lead investigator will elicit an unexplainable anger. As the viewer, one can not help but think of all the what ifs; what if her foster mother never made that phone call, what if the lead investigator instead of believing the mother followed the evidence, what if Marie’s friends had stood by her, but tragically for the young girl that does not happen. She takes her story back and with that loses whatever little she had going for herself: her friends, her job and, most importantly, a sense of community and belonging. Just as it happens ever so often in real life,in the show too the justice system and the patriarchy work in perfect tandem to create the most horrifying circumstances for a young victim of rape; pushing her further into a life of isolation and misery. 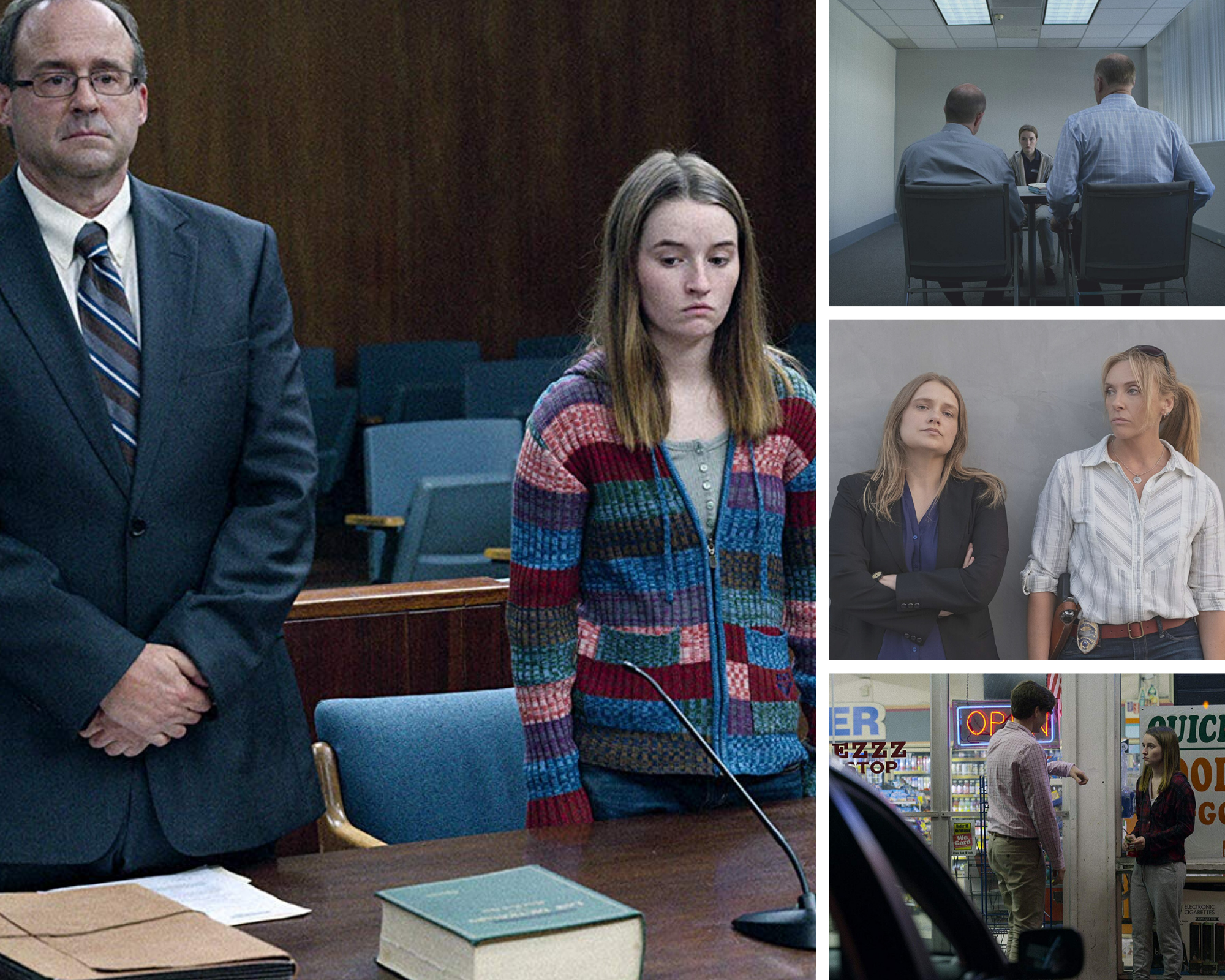 Parallel to Marie’s story, the show follows a rape investigation in another state, three years after Marie’s assault had taken place. The audience at this point in the show knows that the attacker is the same; the investigators however, take some time before reaching that conclusion. There is a stark contrast between the first and the second episodes of the show, while the lead investigator in charge of Marie’s case was a man, Amber is lucky to have her case handled by a woman. Karen Duvall, played by Merritt Wever, approaches the case with objective empathy. Where the officers were towering over Marie as she spoke about the rape, Duvall and Amber sit inside a car at eye-level as the survivor recalls the details. Through the course of the show we are introduced to other survivors of assault, each of whom behave differently from the other. Marie is overwhelmed and does not remember the exact details of the rape; Amber on the other hand tells Duvall the minutest of details, including the presence of a large birthmark on the rapist’s left leg – an identifier that helps during his eventual arrest – a slightly older woman blocks all visual memory while one of his victims remember him being soft-spoken. In the following episodes, Duvall collaborates with a senior female detective, Grace Rasmussen from another jurisdiction in Colorado after her husband – a police officer himself – tells her his station recently had a case similar to hers. The two formidable women join forces – literally – to bring the rapist to justice.

Based on real-life detectives Stacy Galbraith and Edna Hendershot, the two woman could not possibly be more different, but the empathy they extend to the survivors is what makes them best suited for the job. In the ProPublica article, Galbraith said, “A lot of times people say, ‘Believe your victim, believe your victim,’ but I don’t think that that’s the right standpoint. I think it’s listen to your victim. And then corroborate or refute based on how things go,” and that is essentially what the two female investigators do through the course of the show.

Albeit dark and gripping, uneasy to watch and emotionally distressing, Unbelievable is an important watch for our times. The show and the article it was based on do not pose the question whether Marie Adler was raped or not, she certainly was. What they do instead is poke holes in the skewed law enforcement and justice system that puts victims on trial, treats them with scepticism and bullies them into recounting their statements. Marie’s story might be a unique one, but the trauma of being sexually violated is universal, and so is the trial that victims are put through when their stories are heard with doubt and disbelief. In the final scene, Marie calls Duvall to thank her for looking out for her when no one else did, for giving her story the closure it deserved and most importantly, for instilling a sense of hope that she had lost over the years. Unbelievable leaves Marie with a sense of renewed hope, and the viewer with uneasiness, but the question remains, “What about the people whose stories goes unheard?”