A big question mark continues to dog the future of CPEC.

On October 7, Prime Minister Imran Khan left on a three-day visit to Beijing. Coming a little over a week after PM Khan’s address to the United Nations General Assembly (UNGA), the focus of the trip was said to be the Kashmir issue and the growing volatility linked to it. However, the visit was dominated by two other subjects, both of which are linked to Pakistan’s economic wellbeing. 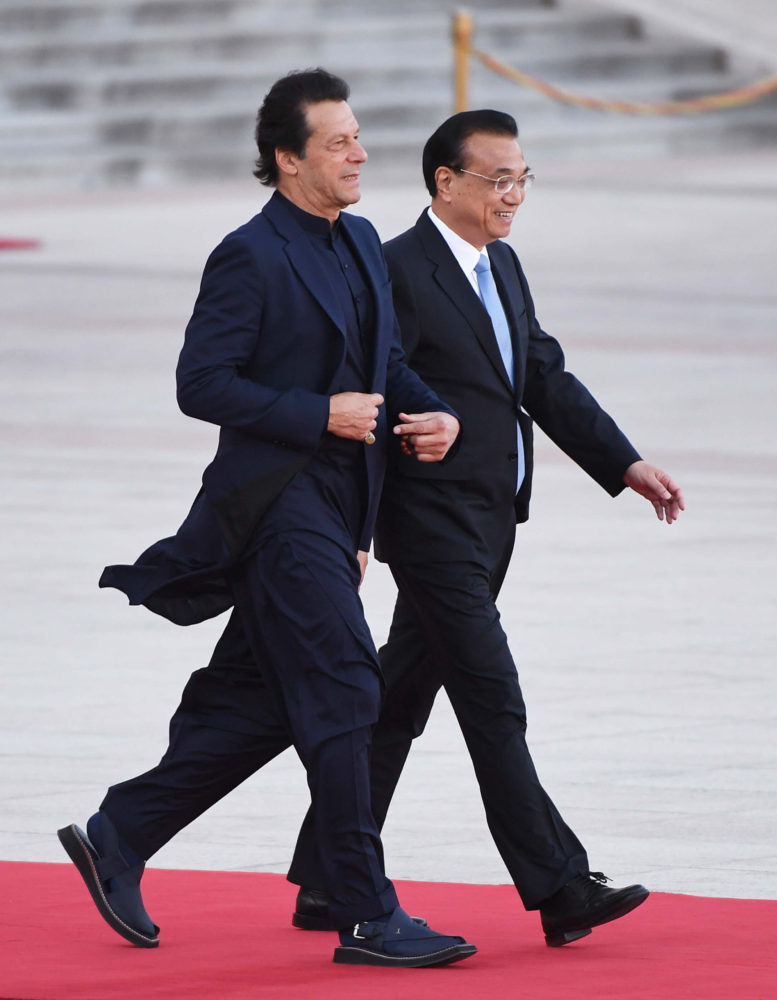 The first was the then upcoming Paris meeting of the terror financing watchdog, the Financial Action Task Force (FATF), where Islamabad was going to need Beijing’s assistance in avoiding the blacklist. However, the dominant theme of PM Khan’s visit to China was the question mark over the future of the China Pakistan Economic Corridor (CPEC).

The scale of the discussions surrounding the $62 billion corridor can be gauged from the composition of the contingent that accompanied PM Khan during his visit to Beijing. It included the Army Chief, General Qamar Javed Bajwa, and the Inter-Services Intelligence (ISI) Director,  Lieutenant-General Faiz Hameed, in addition to Foreign Minister Shah Mehmood Qureshi and the Minister for Planning, Development and Reform, Khusro Bakhtiar.

Pending work on the first phase of CPEC, and expediting the second phase was largely the focus of the meetings, with the military contingent discussing the projects’ security.

On October 12, a Chinese delegation led by China’s Chief Planner of the Ministry of Transport, Wang Zhiqing, met with the Minister for Communications, Murad Saeed, to sign a Memorandum of U cnderstanding (MoU) for transport infrastructure development. Phase II of  CPEC is scheduled to see the construction of 1,270-kilometres of highways linking Gilgit, Chitral, Swat, Peshawar, Dera Ismail Khan and Zhob. 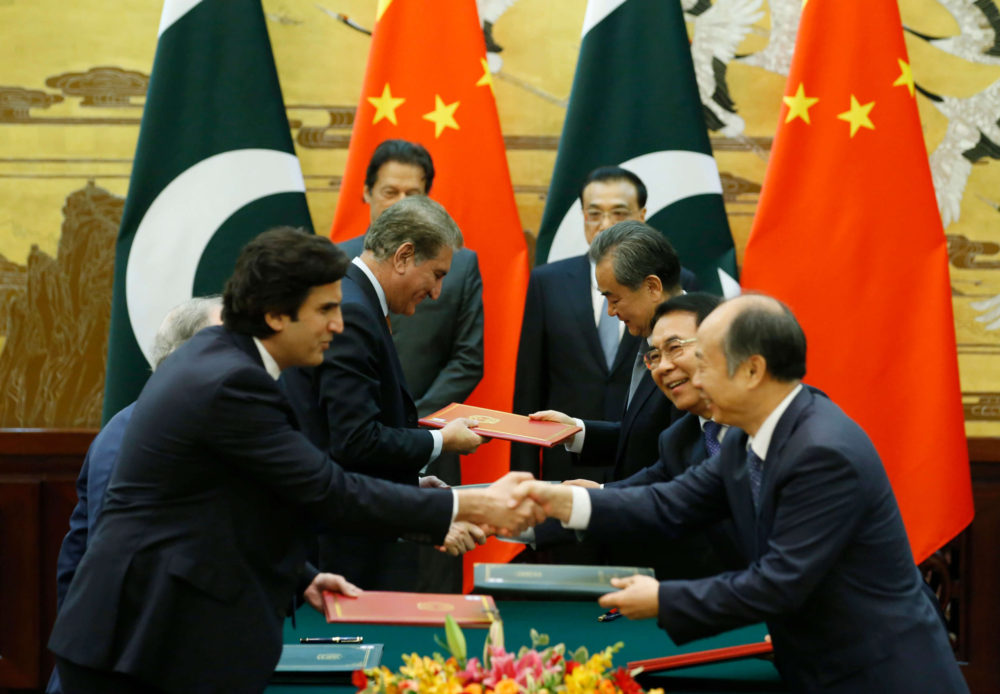 Officials exchange documents during a signing ceremony at the Great Hall of the People in Beijing November 3, 2018.

The sudden spike in activity surrounding CPEC came after months of speculation over the corridor’s future. It was the Pakistan Tehreek-e-Insaf (PTI) government itself that set off the rumour mill almost immediately after coming to power.

In an interview published in the Financial Times on September 10, 2018, the Minister for Commerce, Industry and Investment, Abdul Razak Dawood, said Pakistan should put CPEC “on hold.”

Dawood’s statement came the day Chinese Foreign Minister Wang Yi concluded his three-day visit to Islamabad, with Foreign Ministry spokesperson Geng Shuang issuing a statement that said, “Consensus with the Pakistani side has been reached to accelerate CPEC construction.”

During Yi’s visit, Islamabad presented its case for rejigging the CPEC projects, maintaining that the terms were heavily tilted towards Beijing. While these concerns were shared outside the glare of the media spotlight, Dawood shared these exact sentiments in the Financial Times interview.

Not only were Islamabad’s suggestions rebuffed during PM Imran Khan’s visit to China in November last year, but Beijing expressed its displeasure at the noise echoing in Pakistan vis-à-vis CPEC projects.

By then, Pakistan’s desperation for financial support had skyrocketed, prompting Islamabad to seek aid to help curtail a precipitously deepening balance of payments crisis. Along with $6 billion bailout packages each from Saudi Arabia and the UAE, Pakistan was expecting a similar amount from China around the turn of the year. Beijing agreed to give a $2.5 billion loan in February.

Failure to get a bigger amount from Beijing eventually pushed the Finance Ministry, then led by Asad Umar, to go back on its promise to avoid going to the International Monetary Fund (IMF), which was a loud claim of the PTI’s manifesto. More crucially, going to the Fund was going to throw Islamabad right in the middle of the fiscal brawl between the US and China.

The $6 billion IMF bailout that was eventually agreed to in July reflected this. The bailout terms require Pakistan to pay back the $21.8 billion worth of commercial loans and half of the $15.5 billion bilateral debt that Islamabad owes Beijing, owing largely to CPEC, by the time the IMF programme ends in 2022.

A little over a week after Pakistan agreed to the IMF bailout terms, a 55-member delegation representing Chinese companies met PM Imran Khan in Islamabad, vowing to make investments worth $5 billion over the next five years. In Islamabad, this was seen  as a signal that China was willing to help Pakistan fulfil the IMF terms to ensure that the CPEC goes ahead as planned.

And yet, in September, a year after Abdul Razak Dawood’s interview to the Financial Times had threatened to jeopardise CPEC, reports that the project had been ‘shelved’ dominated the local media. The persistent scepticism was founded on the stalled work on key CPEC initiatives like the Karachi-Sukkur motorway and Gwadar Airport.

On October 7, the China-Pakistan Economic Corridor Authority (CPECA) was established following an ordinance issued by President Dr Arif Alvi. CPECA had been announced by PM Khan in August, “to ensure uninterrupted progress on CPEC projects.”

While the government maintains that CPECA has been formed to fast-track work on the projects, the fact that it was passed through a presidential ordinance and not by Parliament has been criticised by the opposition.

“CPECA should’ve been passed through the Parliament so that everyone was taken on board. By forming it through an ordinance, the government has insulted the Parliament and opposed the proposals put forward by the CPEC parliamentary committee,” says senior PML-N leader and former Minister for Planning, Development and Reforms, Ahsan Iqbal. 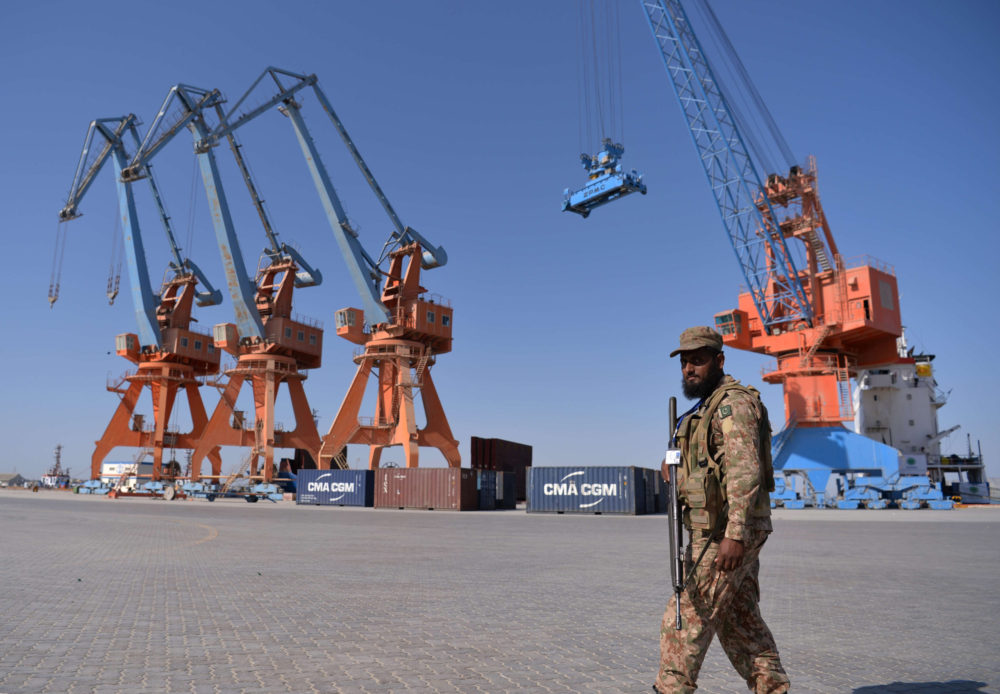 While officials say CPECA had to be passed before the Pakistani prime minister left for Beijing, the government’s critics maintain that it is the latest instance of sidelining the opposition at a time when national consensus is needed. Analysts also underline that the PTI government’s failure to take Beijing on board in its first year of governance could also be damaging.

“We have a Chinese study centre at NUST, where Chinese officials drop by during their visits [to the country]. They say that ‘we come, have tea, do some chitchat and leave’. The Chinese delegations have been waiting, but nothing has materialised [on CPEC],” says former Economic Advisor, Dr Ashfaq Hassan, the Principal and Dean of the School of Social Sciences & Humanities, National University of Sciences & Technology (NUST).

“The Chinese have high expectations from the nine Special Economic Zones – which we have already identified. The two strategic partners, Pakistan and China, need to sit down together and hold discussions on the question marks surrounding the project,” he adds.

Former information minister and senior leader of the Pakistan People’s Party, Qamar Zaman Kaira, says the government should be careful in their dealings with their Chinese counterparts. “The current government alleged that certain CPEC projects were embroiled in corruption, which offended the Chinese,” he says. “China likes a certain control over things, and they are very sensitive to criticism. They don’t like the subject of their interests to be open to debate and criticism. This is something they shared with [the PPP] government and the PML-N government as well. They believe such criticism is inappropriate,” Kaira adds