Patients in Khyber Pakhtunkhwa suffer as the RDHA Act 2019 becomes a bone of contention between the medical staff and the KP government.

All public sector hospitals across Khyber Pakhtunkhwa (KP) are on strike since September 27, 2019. Consequently, the outpatient departments (OPDs) in all government-owned health facilities in the province have come to a standstill.

The provincial government, its health minister and the district administration were issuing notices to doctors for taking part in the protest against the government and continuing to transfer them. Health services in all state-run-hospitals in the entire province have been withdrawn by doctors, paramedics, nursing staff and class-IV employees, who are on strike for the past three weeks.

Clashes between the medical staff and the KP government erupted after the Regional and District Health Authorities (RDHA) Act 2019 was passed by the KP Assembly in the last week of September, 2019. The protesting doctors see the bill as a deliberate attempt by the provincial government to privatise health centres. 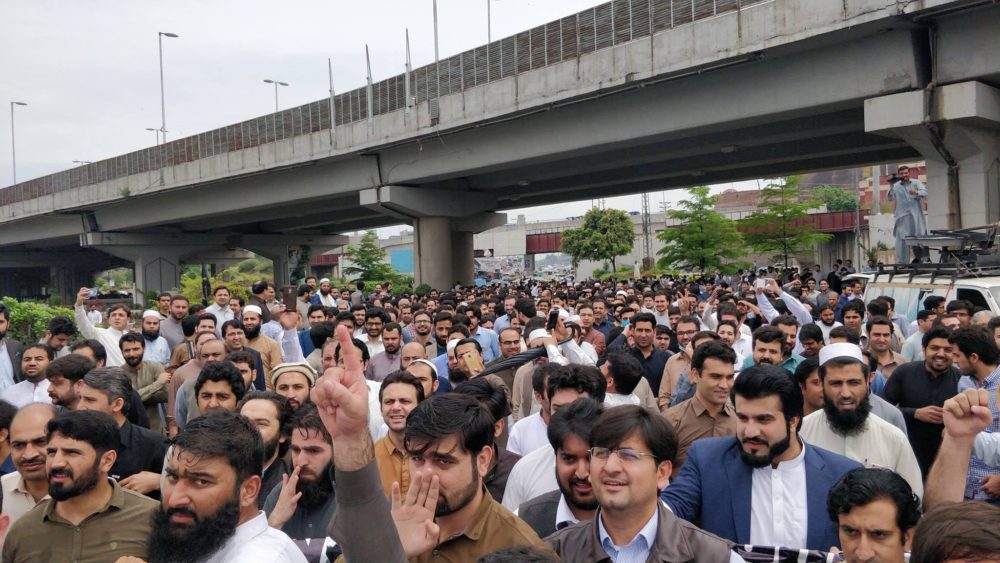 After the bill was passed by the KP Assembly, a grand health alliance, of doctors, nurses and paramedics staged a protest demonstration at Lady Reading Hospital (LRH) against the RDHA Act 2019 on September 27. Ugly scuffles ensued between the medical staff and police contingents in LRH, in which 15 health staffers were injured and 15 were arrested; eight policemen also received minor injuries.

The police used tear-gas shells and baton-charged the protestors to disperse them, due to which several persons fell unconscious, among them two female journalists. A case against 26 doctors was also registered for disrupting the peaceful environment of the hospital and injuring policemen by throwing stones at them. 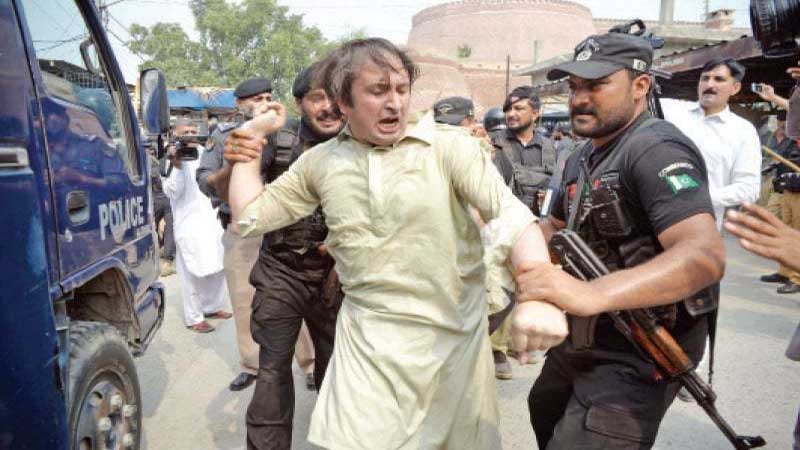 The spokesman of the GHA, Dr. Hazrat Akhbar, said that their strike was against the RDHA Act, which was being passed in haste by the PTI-led-KP government. “We have suspended only the OPD services in hospitals across the KP, while emergency services are still being provided,” he contended.

Citing the meeting of doctors with the KP Chief Minister on May 21, 2019, the GHA spokesman stated that the CM had announced the formation of a ministerial committee to address the concerns of the medical staff. The committee was tasked with compiling a comprehensive report within four weeks but none of the members of this committee even bothered to call the doctors for a meeting, he claimed.

He further shared that the doctors later came to know that the provincial government had been directed by some influential to table the bill the in assembly, without so much as consulting with them. Dr Hazrat Akbar argued that they have very cogent reasons for opposing the bill.

“The bill solely focuses on the privatisation of hospitals; this will overburden patients in terms of general tests such as CT Scans, MRIs, X-rays and surgeries” he argued. “Furthermore, doctors are presently being appointed through  commission tests but after the passage of the RDHA Act, the hospitals will be empowered to hire doctors on a contract basis for a year or two,” he added.

“Included in our demands was the registration of cases against the provincial health minister, Dr. Hisham Inamullah Khan, the Chairman of the Prime Minister’s Health Task Force, Dr. Nousherwan Barki, and other officials who were responsible for thrashing the doctors at LRH and not addressing the irregularities in the medical teaching institutions mentioned in the inquiry reports.”

According to the information of the GHA, around 44,000 health personnel are on strike in more than 1,450 government health centres in the province. Several newspaper advertisements have been run by office-bearers of GHA against the RDHA Act, warning the public to be aware of the authorities’ plans to privatise government-owned facilities.

A spokesman of the health minister, when contacted for his comments on the issue, made it clear that the government would not tolerate the doctors’, strike anymore; it had given adequate time to the striking doctors and was now running out of patience.

He warned that the government machinery would take stringent action against those challenging its health reforms, as the RDHA Act aimed at benefiting the patients and general public of the province. Alongside, he promised to provide fullproof security to those doctors, paramedics and nursing staff who wanted to rejoin their duties in government hospitals.

Before the initiation of the strike by the doctors, the number of outpatients frequenting the OPD of Lady Reading Hospital (LRH-MTI) was between 7,000 to 8,000, the Khyber Teaching Hospital (KTH-MTI) between 2,500 to 3,500, while the OPD of the Hayatabad Medical Complex (HMC) treated around 6,000 patients, according to the statistics received from the hospitals’ media cells.

A 70-year-old bearded man, Wakeel Khan from Khyber Tribal District, told Newsline, “I had brought my son, who was suffering from a stomach ailment, yesterday and also today to HMC hospital, but because of the doctors’s strike, the specialist doctors, who used to perform their duties in the OPDs are not present in casualty, he added.

“The strike has adversely affected the poor, who come from way-out areas for treatment in government hospitals, and it is not clear for how much longer this will continue,” said an aggrieved man. He asked the government to resolve the issue for the sake of the patients, who were suffering on a daily basis due to the continuing protests.

The provincial government and health department officials tried their best to persuade doctors who are not part of the demonstrations, to resume duty in the OPDs, and assured them of providing tight security, but according to sources, they turned down the offer. They are in mortal fear of the protesting doctors, who are threatening them with dire consequences in the event that they return to work