Lahore has long been regarded as the cultural, intellectual and artistic capital of Pakistan, famous for its poets, writers and artists; and its gardens, historic sites and educational institutions. The mayhem sown by militancy in the NWFP and FATA had already reached some other major cities of Pakistan, including Islamabad. Lahore, however, had remained unaffected by it. But all that has changed now: the devastating attack on the Sri Lankan cricket team bus on March 3 was the most spectacular, but surely not the only incident of terrorism in Lahore over the past year.

Punjab’s capital was the scene of four massive suicide-bomb attacks on security establishments last year, in which dozens of security personnel and common people were killed. Most Lahoris viewed these attacks as part of the terrorism wave that has hit the country. But in recent months, three different incidents of low-intensity bomb explosions — one at a juice corner, the second at the site of the World Performing Arts Festival and the third at two different commercial theatres — created more panic within social circles in the city. In their view, all these incidents are classic examples of Taliban-style moral policing. 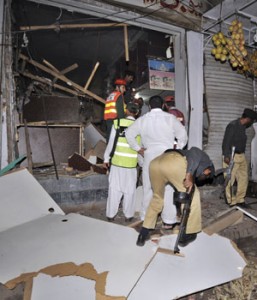 The reason for the disproportionately nervous reaction to these recent incidents is not difficult to find. Unlike the earlier attacks by suicide bombers trained in the jihad factories of FATA, the latest threat to Lahore appears to spring from the local radical groups. “These attacks strongly resemble the terrorist acts that are being carried out in the NWFP and FATA by the Taliban. The Taliban always attack art and culture first,” says Ahmed Rashid, the author of the best-seller, Taliban. “These are warning shots from extremists,” he says, “and we can no longer deny the presence of Taliban-like extremists in our midst.”

Dr Saeed-ur-Rehman, editor of the Literati section of The News, also feels that the situation has rapidly changed in the last four to five months. “People have started showing signs of hesitation when stepping out in Lahore, because they are afraid,” says Dr Rehman. “Some extremist groups have targeted the middle class and lower-middle-class localities which are the favourite haunts of young Lahoris.”

The first incident took place on the evening of October 7, 2008, when a cluster of fruit juice shops in the Garhi Shahu area, not far from the Lahore railway station, was hit by three low-intensity bombs, injuring seven people, of whom one died later. The fruit juice shops were bombed because ostensibly, they functioned as ‘dating spots’ for young men and women from the lower-middle income families of Lahore, and were accused of spreading immorality. The juice shops had received threats before the bombings, which they ignored. Tehreek-ul-Haya (Movement for Decency), an unknown organisation, claimed responsibility for the incident. The organisation also threatened to target other ‘centres of vulgarity in the city.’ On October 9, 2008, the traders on Mall Road, a popular electronics market, also received threatening letters warning them to stop the business of selling CDs with obscene content. The next day, the panic-stricken traders organised a well-publicised bonfire, allegedly of porn videos.

The next target of these extremists was the World Performing Arts Festival in  Lahore. On November 22, 2008, three low-intensity blasts occurred adjacent to the site of the festival, the Al-Hamra Cultural Complex, injuring three. 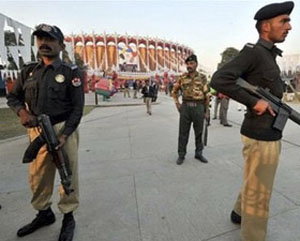 The last of the series of blasts occurred in Lahore on January 9, 2009, in which two commercial theatres were targeted with low-intensity bombs. Dr Saeed says that customers at the juice corners and audiences at the commercial theatres in the city have reduced drastically.

Police officials confirm that these attacks are a continuation of past incidents in the name of morality in Lahore. They are almost certain that the people involved in these attacks are local and they also do not deny the possibility of the involvement of some extremist organisations. Mushtaq Sukhera, the then deputy inspector general, investigations of police, Lahore, maintains that people opposed to any form of cultural activity carried out these attacks. He says that “the group believes that these places are centres of anti-Islamic activities and spread obscenity.”

I.A. Rehman, a veteran journalist and director of the Human Rights Commission of Pakistan (HRCP), tellsNewsline that it is possible that some local extremist elements are involved in all these incidents, “but it is evident that they are influenced by the philosophy of the Taliban and are trying to replicate their Islamic model in Lahore.” So far, he adds, “they have used low-intensity bombs but tomorrow they can start using high intensity bombs or suicide bombers to achieve their targets in Lahore as well. The government should take them seriously.”

However, the Punjab government has not taken these incidents seriously as yet and none of the bombers or their handlers have been arrested.

What will come as a shock to many is the fact that in 2008, as many as 35 threats were received by various girls’ schools and colleges in Lahore. “No bombs were found on the premises, but many schools and colleges were evacuated by way of precaution,” says the education reporter of a national English newspaper. Sarwat Ali, head of the musicology department at the National College of Arts, gives another example of the strength of the fundamentalists. “While it is true that there is a department of musicology at the Punjab University, since the last two years, you will be surprised to know we have not been able to hold classes on the university premises because an Islamic student’s organisation has threatened us with dire consequences. So, we are operating from the Al-Hamra Cultural Complex.” As these examples make clear, the threat of Talibanisation is real, but the government is doing little to tackle it.