While the formation of organisations like MÃ©decins Sans FrontiÃ¨res and Reporters Sans FrontiÃ¨res spelled hope that human-rights issues were finally transcending boundaries, the ‘sans frontiÃ¨res’ element does not always stand for all that is positive. The indiscriminate use, misuse and abuse of the bounties of nature have earned us the wrath of Mother Nature, who is now punishing us through a climate sans frontiÃ¨res, which is impacting the lives and livelihoods of all who come in its wake.

Scientists and environmentalists have been sounding out a warning about the looming spectre of climate change. However, their voices were drowned by the din of consumerism. An ostrich-like approach of governments lacking long-term vision and steeped in a prosperous ‘here and now’ mentality, have resulted in unprecedented environmental degradation. This is why the rejoicing over the booming economies of the West, followed by the emerging economies of China and India, seems so misplaced to people who have been sounding a note of caution about the manner in which this prosperity has come about. 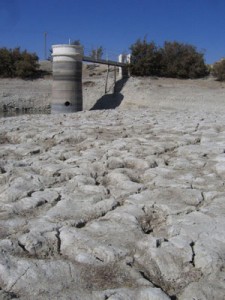 communities.Island nations like the Maldives, already below sea level, run the risk of going under due to rising sea levels because of global warming.

However, the threats posed by climate change are not distant ones. Closer to home, despite the fact that Pakistan produces just 0.4% or so of the greenhouse gases emitted annually worldwide, it still ranks 12th on the list of countries most vulnerable to the impacts of climate change.

Just go along the coast of Thatta and Badin and you will see how the sea intrusion has played havoc with the area — fights over water have always been a part of the political landscape, and are rapidly gaining decibels — and how the patterns of food crop production have changed.

If these impacts are quantified, then documented figures show that environmental degradation cause economic losses of Rs 365 billion annually, which amounts to 6% of the GDP.

Degradation of resources is not the only thing Pakistan has to contend with. Issues of food security and the rising costs of energy will remain in the forefront, driving other imperatives like health, education and gender mainstreaming onto the back burner. The costs to health are likely to go up due to climate change. Warmer climes are ideal breeding grounds for the malarial mosquito, which is likely to make its way up from the plains to the mountains. Changing weather patterns resulting in cyclones and floods risk millions of lives through the subsequent outbreaks of diarrhea. 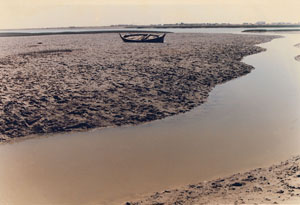 Loss of livelihood in traditional locations will lead to migration to seemingly richer urban areas, adding further strain on an infrastructure already stretched beyond limits. Problems of strain on utilities, energy consumption, waste management and pollution will again be multiplied. This in itself has resulted in, and will exacerbate the social problems of urban poverty and its nexus with crime.

Despite the presence of naysayers to protocols like Kyoto, which bound the major polluters to reduce greenhouse gas emissions, these problems have strengthened the numbers of those who are sounding a note of extreme caution.

These voices were heard in full force at a conference held in Islamabad to highlight the impacts of climate change, with particular focus on the South Asian region. Besides, when people of the stature of Dr Rajendra Pachauri, Nobel Laureate and chairman of the Intergovernmental Panel on Climate Change, and Dr Adil Najam of Boston University, speak, people listen.

They, along with leading experts from Pakistan, India, Bangladesh, Nepal and Sri Lanka, were present at the conference which was jointly organised by the ministry for the environment, government of Pakistan, and the International Union for the Conservation of Nature, Pakistan.

The conference served as a curtain-raiser for the National Year of the Environment announced by the government, and was a platform for experts from the region to share their learnings about how their countries are being impacted by various aspects of climate change, and what mitigation measures are being undertaken there.

The exchange of regional experiences brought home Dr Najam’s assertion that climate change was the quintessential global challenge. However, as the experts made clear, its impacts hit the poor first, and hit them the hardest, and South Asia is inhabited by a very large number of the poor and vulnerable of the world.

Experts at the conference drove home the point that all climate change concerns need to be linked to sustainable development. This needs innovation in mitigation as well as adaptation measures, and the clarion call was for developing a unified plan of action to combat the threat of climate change.

This means that all stakeholders need to be on the same page on this issue and that all means for awareness raising and advocacy need to be pursued by employing the “what’s in it for me” approach. Eco-friendly measures need to be seen as beneficial, not just theoretically, but practically, at the individual, community, state, as well as a global level, because as Dr Pachauri had said while accepting the Nobel Peace Prize, quoting from a Sanskrit saying, “The universe is one family.” Hence, if we are a family sans frontiÃ©res, then we should pay heed to the dangers of a climate sans frontiÃ©res.