As he settles into the first-ever public office he is holding, Imran Khan is learning the hard way that there is a world of difference between being a prime minister and being an opposition politician. 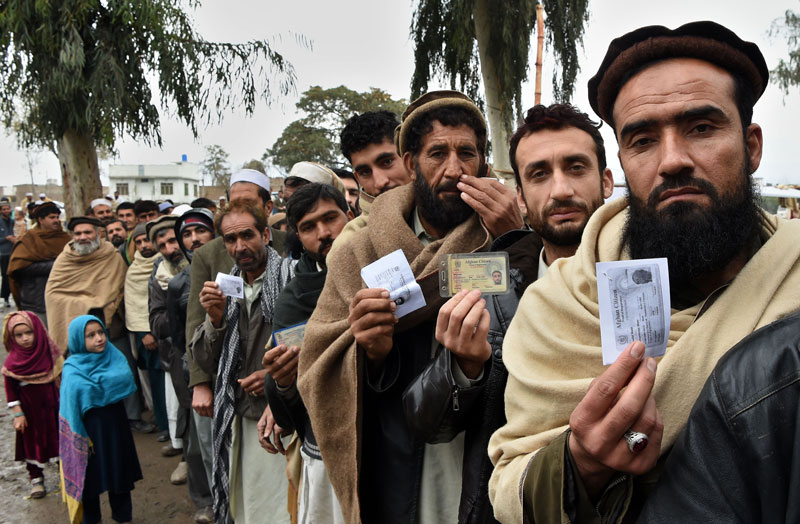 A question of identity: Afghan refugees wait to update their family data at the UNHCR Verification Center in Chamkani, on the outskirts of Peshawar.

Not many would have noticed if Imran Khan, as the Pakistan Tehreek-e-Insaf (PTI) leader, had issued a statement supporting the right of Afghan and Bengali refugees to get Pakistani citizenship. But the world sat up and took notice when Prime Minister Khan on September 17, offered citizenship to Afghans and Bengalis, or Bangladeshis if you will, who in most cases have been living in Karachi for decades.

It took everyone by surprise because nobody was prepared for such a major policy statement. One would have thought the Prime Minister had consulted all the stakeholders, including the four provincial governments, the PTI’s allies in the ruling coalition, the opposition parties, the military and possibly the Afghanistan and Bangladesh governments before making the statement.

However, it soon became obvious that no such consultation had taken place. A retraction of the statement became necessary and it didn’t bode well for Imran Khan’s reputation as his critics have continued to ridicule him for taking ‘U-turns’. The very next day, the prime minister told the parliament that a decision granting citizenship to the Afghan and Bengali refugees had not yet been taken. He said he raised the citizenship issue to initiate a debate because it concerns the rights of human beings and would have to be decided one day. He promised that the opposition parties would be consulted and parliament taken into confidence before deciding the issue.

Initiating a debate on this sensitive issue isn’t a bad idea, but this was not mentioned by the prime minister when he suddenly pleaded the case of giving citizenship rights to a “growing underclass” from among the large number of Afghan and Bengali refugees, who lacked basic rights despite living in Karachi for several years.

It was Imran Khan’s first visit to Karachi after his installation as Prime Minister on August 18, and he used the occasion to highlight the plight of the Afghan and Bengali refugees who had been living in the city for 30 to 40 years and yet had no legal rights as they lacked the required documentation. He linked the law and order situation in Karachi to the refugees and migrants who gravitate towards crime due to their illegal stay and unemployment and said it was time they were given Pakistan’s national identity cards and passports so that they have rights and are able to work legally in Pakistan.

Though the Prime Minister was talking specifically about the Afghan refugees and Bengalis living in Karachi, most of the media and political parties didn’t make that distinction and reacted as if it were a policy statement concerning the whole of Pakistan. The political parties championing the cause of certain ethnic groups such as the Baloch, the Sindhis and the Urdu-speaking Mohajirs reacted immediately by condemning, in particular, the offer to grant citizenship to the Afghan refugees, who are overwhelmingly Pashtun, as it could bring demographic changes in certain provinces and cities and affect their interests. There wasn’t much opposition though to granting citizenship to Bengalis, who include the Rohingyas forcibly displaced from Myanmar, and whose total numbers are not even known. 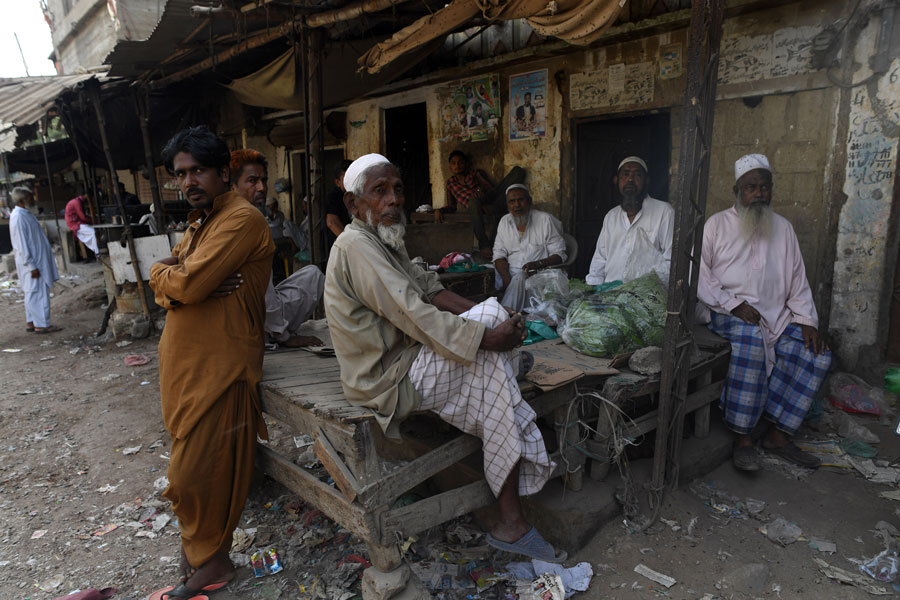 Imran Khan may not have fully comprehended the kind of reaction to his statement offering citizenship to people from other countries. Or probably his idealism prompted him to make this suggestion, though it soon clashed with the ground realities in present-day Pakistan. In view of Imran Khan’s track record of taking up humanitarian causes and his repeated emphasis on pursuing a pro-people and pro-poor policy after coming to power, it shouldn’t have come as a surprise that he was willing to consider granting citizenship to such a large number of Afghans and Bengalis, even if it carried with it a political cost.

As expected, there was a backlash as even political parties allied to the PTI expressed annoyance that they were not consulted about such a controversial decision. Two chief ministers publicly opposed the move and the remaining two had to toe the party line as they belong to the PTI. Balochistan Chief Minister Jam Kamal Alyani, whose Balochistan Awami Party (BAP) is an ally of the PTI, wasn’t amused as he wanted repatriation of all the Afghan refugees. The question of Afghan refugees is a polarising issue in Balochistan as the Baloch want them out while many Pashtuns would like them to stay. Murad Ali Shah, the Sindh chief minister belonging to the Pakistan People’s Party (PPP), followed the party line when he opposed the Prime Minister’s advocacy of granting citizenship to people from other countries.

Despite their strong opposition to Imran Khan, the religious political parties ranging from the Jamaat-i-Islami to the Jamiat Ulema-e-Islam (JUI) factions and the rival secular Pashtun nationalists affiliated with Asfandyar Wali Khan’s Awami National Party (ANP), Mahmood Khan Achakzai’s Pashtunkhwa Milli Awami Party (PMAP) and Manzoor Pashteen’s Pashtun Tahafuz Movement (PTM) came out in support of granting citizenship to the refugees, particularly the Afghans. They were driven to take this position due to religious and ethnic reasons. The PPP, with its stronghold in Sindh, the Baloch nationalists spearheaded by Sardar Akhtar Jan Mengal’s Balochistan National Party-Mengal (BNP-M), and the Karachi-based Muttahida Qaumi Movement-Pakistan (MQM-P) criticised the prime minister’s statement and voiced their opposition to any such move. It was obvious they were trying to protect their own political interests and respond positively to the wishes of their supporters.

The biggest opposition party, the PML-N, took its time to clarify a position, though some of its activists termed Imran Khan’s proposal impractical and impulsive. They wanted proper debate and consultation before making such a decision. Pushed onto the back foot, the PTI sought suggestions from the PML-N, PPP and other parties on how to resolve the lingering issue of Afghan and Bengali refugees in Pakistan. Due to its slim majority in the parliament and its dependence on the support of some difficult coalition partners, the PTI is aware of its limitations while taking policy decisions that need parliamentary approval. 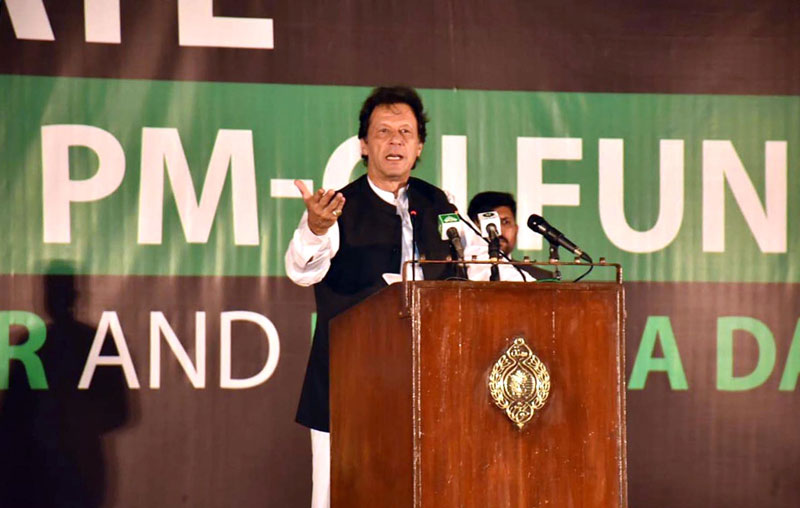 If Pakistan were to follow its own Citizenship Act 1951, anyone born in the country is guaranteed to become a citizen. This wasn’t allowed in the case of Afghan and Bengali refugees due to the huge numbers involved and the political sensitivities associated with the issue and also because there was also a security angle attached to it. By not signing the 1951 Geneva Convention relating to the Status of Refugees and the 1967 Protocol, Pakistan has a valid case that it wasn’t bound to treat Afghans or Bengalis according to the standards set by international law. However, there is also a humanitarian aspect to the issue and this is the reason Imran Khan chose to highlight it. More than 74 percent of the nearly 1.5 million registered Afghan refugees were born in Pakistan and this could also be true of the almost one million who are unregistered. The same situation may prevail among the Bengalis, who have been coming to Karachi in search of work since Pakistan’s independence when East Pakistan was part of the country.

Not afraid to voice his opinion even if politically incorrect, Prime Minister Imran Khan in his first speech after winning the July 25 general election had called for open borders with Afghanistan like in the case of Europe. This was against the present Pakistani policy of fencing the nearly 2,600 kms long border with Afghanistan. However, his wish to grant Pakistani citizenship to Afghan and Bengali refugees is unlikely to materialise as he may not get the support of those who matter, including the powerful military and the major political parties.