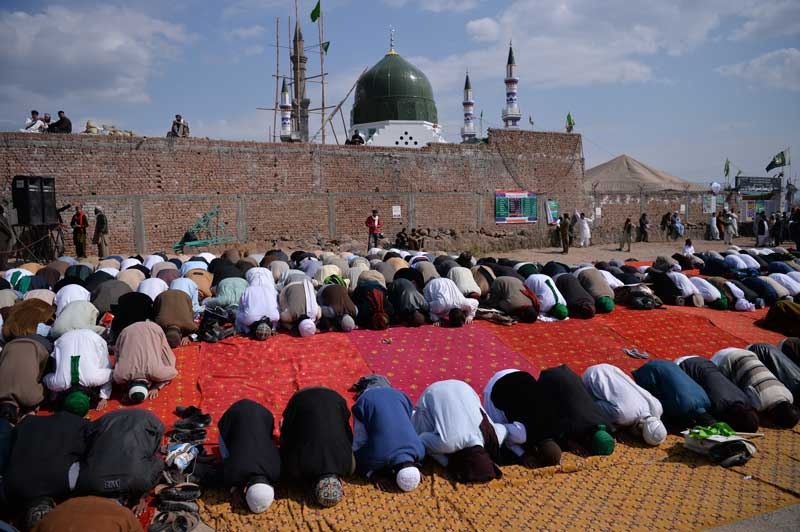 The politics of the Barelvi sect witnessed a significant change with the assassination of Salmaan Taseer in January 2011. Some Barelvi clerics had declared Taseer a blasphemer after he tried to get Aasia Bibi – a Christian woman sentenced to death by the Lahore High court for blasphemy – a presidential pardon.

Taseer’s bodyguard, Mumtaz Qadri, who showered him with bullets from his rifle, was hailed as a defender of the honour of the Holy Prophet (PBUH). This was not the first time that blasphemy accusations had led to violence against an accused person. Taseer’s attempts to save the Christian woman and his renunciation of the use of blasphemy allegations to settle personal scores, resulted in a media frenzy. It created the volatile environment that led to his murder.

The reaction to Taseer’s murder exposed the faultlines in a society rife with religious extremism. Bigotry within mainstream political parties was another element that came to light after the incident. People were taken aback by the radical face of the Barelvi School that had been unveiled.

Soon, Qadri became a poster-boy at congregations organised by the Barelvi School. Pictures of Qadri were seen at Eid Milad-un-Nabi processions and anthems eulogising his act were played. Speeches in these processions appeared to take on a more violent tone. This ran contrary to the dominant narrative that painted Barelvis – allies in the war against terror – as moderates. Jihadi outfits under the Tehreek-e-Taliban Pakistan (TTP) umbrella and their allies from Al-Qaeda, had either Deobandi or Salafi roots. None of these organisations were from the Barelvi School.

In 2001, when sectarian organisations from the Deobandi and Shia sects were banned under General Musharraf’s regime, Sunni Tehreek (ST), a Barelvi sectarian organisation, was put on the terror watchlist. A few months later, after 9/11, other jihadi outfits, mostly from the Deobandi School, were banned for being involved in terrorist activities. ST, meanwhile, went ahead and participated in the 2002 general elections and garnered thousands of votes in Karachi, though it was not able to win a single constituency.

The reason why ST was left out of the list of banned outfits but put on the terror watchlist was because the party was, primarily, involved in turf wars with its sectarian rivals – Deobandis – and political rivals, the Muttahida Qaumi Movement (MQM). It would retaliate in disputes with the Deobandis over the ownership of mosques in different localities. ST was founded by the late Saleem Qadri, primarily for the purpose of securing mosques from rival sects and gaining control of Sufi shrines that had been taken over by the Auqaf department in the Ayub era. The group would come forward to take control of the mosques, get into legal battles and resort to violent agitation by torching vehicles or targeting members of rival sects. 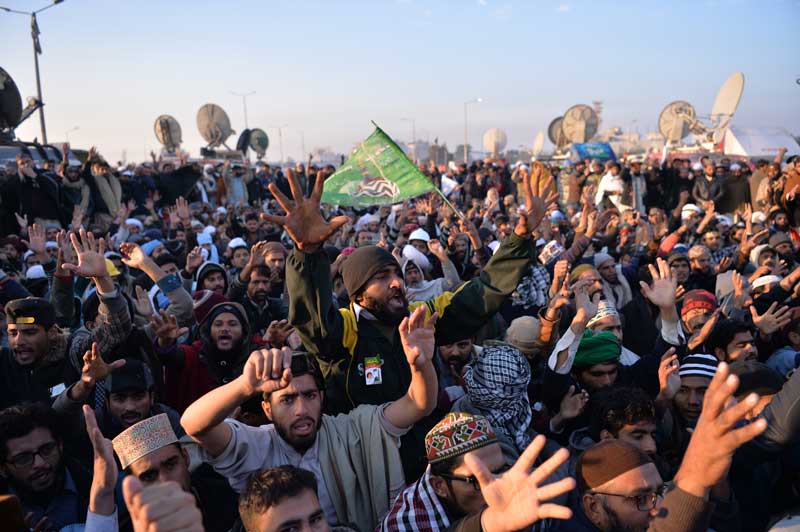 First round to TLP: Supporters rejoice as leader Khadim Hussain Rizvi announces an end to the Faizabad sit-in.

A faceoff with the MQM, meanwhile, would involve a turf war for the most part. Both, the MQM and the ST, were thriving on an organised extortion network that targeted traders and businessmen. Another reason for the rivalry between the two was the inclusion in the ST of members of the Mohajir Qaumi Movement-Haqeeqi (MQM-H). The latter took refuge in the ST after the MQM joined the provincial government in 2002. They added to the muscle and firepower of the ST and attempts by both to control territories led to violence, with members of each group being targeted. That is why criminals arrested by law enforcement agencies (LEAs) for involvement in target killings include ST affiliates.

The Nishtar Park bombing in 2006, in which an Eid Milad-un-Nabi gathering was targeted, resulted in the decimation of the ST, as its top leadership was wiped out. It was unable to recover from that loss for several years. However, it got a new lifeline in the aftermath of Taseer’s murder – the blasphemy issue. The ST was at the forefront of the campaign against pop singer-turned-religious-preacher, Junaid Jamshed, when he was accused of committing blasphemy in one of his sermons. Unmoved by Jamshed’s apology, the ST, besides organising a public agitation, registered an FIR against him.

When the death sentence was served on Mumtaz Qadri in 2016, ST spearheaded the protests – especially in Karachi, its bastion – and was engaged in clashes with the law enforcement agencies (LEAs). Qadri’s execution and the subsequent wave of protests gave rise to another religious front, the Tehreek-e-Labbaik Pakistan (TLP), a conglomerate of Barelvi outfits, under the leadership of Khadim Hussain Rizvi, a firebrand orator.

Rizvi was flanked by the leadership of almost all the major Barelvi political and religious groups, including the Sunni Ittehad Council (SIC), the Jamiat Ulema-e-Pakistan-Noorani (JUP-N) and the ST. None of the other leaders, however, could match his public speaking skills and ability to engage followers. Qadri’s chehlum, the annual processions on his death anniversary, and the issue of the changes in the oath of the electoral candidates in the Khatm-e-Nabuwwat (the finality of Prophethood) clause which led to the Faizabad dharna, all have Rizvi’s mark on them. The rest of the Barelvi leadership was pushed backstage.

The accord between the protesters and the Punjab government that led to the end of the Faizabad dharna, was mediated by the army and the intelligence agencies. The text of the agreement acknowledges the “special efforts” of the army chief in bringing about the understanding by accepting all their demands. Rizvi himself has, in several TV appearances, acknowledged the fact that he did not negotiate with the Punjab government and instead met officials of the army and the Inter-Services Intelligence (ISI) to get his demands accepted, and that it was they who had made the then
interior minister, Ahsan Iqbal, sign the accord.