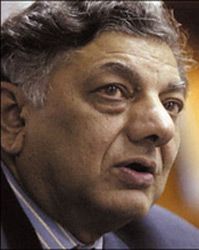 As India and Pakistan start to take the first hesitant steps towards the resumption of a formal dialogue process, it is perhaps natural that both sides should be plagued by anxiety, self-doubt and fear. If in Islamabad, the apprehension is that India will outmanoeuvre it by opening lengthy and possibly fruitless discussions on Kashmir, New Delhi fears embarking on any course which might, however improbably, lead to eventual adjustments on the lines of a map. Prime Minister Manmohan Singh put it most pithily in an interview to Jonathan Power the day after assuming office: “Short of secession, short of redrawing boundaries, the Indian establishment can live with anything” as far as the question of Kashmir and Pakistan is concerned.

The shock defeat of the Vajpayee-led NDA government has, not surprisingly, compounded problems on both sides of the border. Unnerved by some of the statements emanating from Delhi, Pakistan has been left wondering whether the Manmohan Singh government shares the same commitment to the framework and timetable agreed to on January 6, 2004, as its predecessor. As for the new government in India, it comes to the negotiating table acutely aware of being under the close scrutiny of an opposition party which can, at any moment, play the dangerous card of ultra-nationalism. The strain of discharging this burden of expectations affords the only logical explanation for why a seasoned diplomat like Natwar Singh, who now heads the external affairs ministry, has allowed an unseemly and wholly unnecessary war of words with Islamabad to cast a dark shadow over the yet-to-be-launched composite dialogue process.

As matters stand, there is little doubt that the dialogue at the level of foreign secretaries will begin later in June, most probably in the latter half but well within the timeframe envisaged in January. However, the real question is not whether the composite dialogue will begin, but whether there is enough substance in the discussions on the issue of Jammu and Kashmir to ensure the dialogue process does not come to an abrupt end when the two foreign ministers meet in August to review the progress made by their officials. Nothing would be more disastrous for bilateral relations than for the composite dialogue process to fizzle out the way it did in November and December 1998.

For that not to happen, both sides would have to do more than simply reiterate their stated positions. This of course begs the question of whether there is a point of intersection between Pakistan’s fear of India conceding too little on Kashmir and India’s fear of conceding too much. Right now, it doesn’t seem like there is.

Judging by the remarks being made in Delhi and Islamabad, there is no doubt in my mind that when Shashank and Riaz Khokhar meet in New Delhi in June, their dialogue will probably begin with the following exchange:

Khokhar: Kashmir is the core issue and we should start discussing it.

Shashank: Actually, Kashmir is only one of eight issues that form the composite dialogue. It is not at all the core issue.

Khokhar: But the fact that the January 6, 2004 statement takes the name of only one of the eight issues, and that is Kashmir, means even you accept it is the core issue.

Shashank: But the statement also explicitly mentions your undertaking not to allow terrorism from territories under your control.

If the two foreign secretaries manage to get past this first semantic hurdle, their dialogue will then look something like this:

Shashank: Well, let us agree to disagree on what is core and what is periphery. India is prepared to discuss the Kashmir issue with Pakistan. But what is the
Kashmir issue?

Khokhar: The issue is that there is a freedom struggle in Kashmir.

Shashank: Actually, the issue is that there is a terrorist campaign in Kashmir, aided and abetted from across the border.

Khokhar: The issue is that the final status of Kashmir is yet to be settled.

Shashank: The issue of Kashmir’s status is not at all an issue.

From this point on, matters could go rapidly downhill. There would be lengthy, scholastic discussions on the legality of Kashmir’s accession to India, Khokhar would bring up the issue of UN resolutions, and then human rights and self-determination, whereupon Shashank would say that the only issue to discuss really is when and how Pakistan is going to return to India those parts of Jammu and Kashmir currently in its possession.

Rather than going down this dreary path, Indian and Pakistani negotiators should instead try and build upon the oft-repeated dictum of Musharraf that each side should negate those positions that the other finds unacceptable. Though the Vajpayee government never took this proposal seriously, Dr. Manmohan Singh, in his own way, has sought to engage with Musharraf’s approach. His statement that secession and the redrawing of boundaries are the two red lines that India feels cannot be crossed, is an attempt to identify at least two unacceptable solutions. There are probably others as well. Pakistan should come up with red lines of its own and when Shashank and Khokhar meet, the list of outcomes unacceptable to both sides should be compiled and put on table. 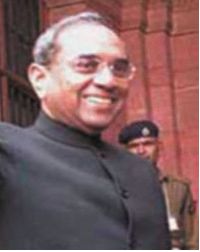 It is of course likely that such a process will end up leaving no acceptable outcomes on the table to begin with. But at least the process of engagement with each other’s bottom-line concerns would have begun, and a shift can slowly be effected from the historical, legal and emotional terrain of argumentation — which will produce no solution in a thousand years — to the realm of the political, where, given goodwill and statesmanship on both sides, a range of practical solutions are possible. Here, the Indian and Pakistani governments will also have to take into account the changing geo-strategic realities in Asia, including the negative implications of the emergence of the United States as a formidable military presence in the region, as well as the growing pressure for economic, commercial and cultural ties.

In all the ups and downs of the past year, it is easy to forget the very concrete gains that have already resulted from the peace process so far. For the first time since the irrational and immoral war in Siachen began nearly two decades ago, the guns have fallen silent and troops from both sides deployed in the icy wastes have a reasonable chance of coming down safely. Along the entire length of the Line of Control, the ritual exchanges of fire which were a deadly fact of life for villagers on both sides no longer take place. And people-to-people contacts, suspended by India in the wake of the terrorist attack on Parliament in December 2001, are back with a bang. Come what may, Dr Manmohan Singh and General Musharraf, Natwar Singh and Khurshid Kasuri must ensure the irreversibility of these excellent developments.

Terrorists may well try their level best to provoke India into snapping travel ties again, but New Delhi should learn from the experience of 2001-2002 that the coming and going of ordinary people across the border helps build a bigger constituency for peace and normalisation in both nations. As for Islamabad, the two assassination attempts on General Musharraf and the culture of sectarian violence that Islamist extremists have generated within Pakistan should be proof enough of the need for the military establishment to turn its back on the ‘jihadi option’ once and for all.

For all its insistence that what is going on in Kashmir is a freedom struggle pure and simple, Pakistan must realise that the proxy war approach has not brought it any closer to realising its political objectives. India, on its part, realised in 2002, that all-out war with Pakistan is not an option. To its credit, the Vajpayee government also had the courage to recognise that the insurgency in the valley cannot be ended without an attempt to engage with the demands of separatists like the Hurriyat Conference. On all fronts, dialogue has emerged as the only viable option and there is widespread popular sanction in both countries — and among the Kashmiris — for the rejection of violence, terrorism, repression and the threat of war.