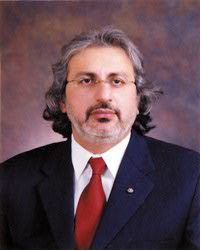 Is cinema dead in Pakistan? Does it have a future? When asked such questions, I am reminded of my father’s speech at the opening of Star Cinema nearly 26 years ago, when he said he should have asked God for something other than a cinema, after migrating to Pakistan from Bangladesh. After having survived blood, sweat, petrol bombs and buckets of tears for longer than Jinnah’s Pakistan, his fears have come true, and only 43 of the 110 cinemas in Karachi survive today.

Gone is ‘Palace’ — the cinema of the upper-class, renowned for dating; ‘Plaza’ — the name is only familiar to people looking to get their cars repaired; ‘Regal’ — half the city does not know where the area derived its named from — and, of course, ‘Lighthouse,’ now the warm clothes haven of Lunda Bazaar. Only the memory of what one saw, and with whom, remains with those of my generation.

In 1971, we lost the larger half of Pakistan and with it, not just a market for films, but also prospective Nadeems, Shabnams, Robin Ghoshs, Nazrul Islams and the pioneering spirit of the producers of the first colour and cinemascope films of Pakistan.

National Film Development Corporation, better known as NAFDEC, which did everything contrary to its raison d’ etre, was the first salvo to be fired at the cinema industry. Other than produce Khak aur Khoon and fund dubious producers, it enjoyed a monopoly on the import of films, but still lost money. Had its objective been to support the intellectually corrupt, it would have been regarded as the most successful of government departments.

In 1977, after having ‘saved’ the country, the benevolent dictator, Zia-ul-Haq, cast his gaze upon the cinema of Pakistan and dug out an old report by a film fact-finding committee that had been set up by another one of his ilk in the early ’60s, and adopted steps that were outmoded. These included restricting the length of the film, and stipulating arbitrary registration criteria. However, the government did not reduce entertainment tax on cinema tickets, which was recommended even in 1962 ,when cinema had no competition from any other visual medium.

Then came technology with its promise of a better tomorrow: colour television, VCR, satellite channels, LD, DVD and cable, and as is their wont, the bureaucrats did the predictable and continued to tax cinema entertainment at 100 per cent, controlling ticket prices at six rupees, while plays at posh hotels, tickets of which were priced at a 100 rupees, were taxed at 10 per cent. Cinemas became less and less profitable while property values soared. Many cinema owners took the easy way out and left the business while the carpetbaggers had a field day, showing blue films, evading entertainment duty and overcharging — the euphemism for black-marketing. The third category of exhibitors stoically struggled for survival, not letting go of the ideals of their founding fathers, clinging to moral values and letting their cinemas go to ruin with zero maintenance.

Finally, when the government did do something — fixing entertainment tax and easing control on admissions price — it was too little too late.

The malaise that has now brought Pakistan’s cinema to its knees is the uncontrolled chori (piracy) of Indian and English language films, which are being broadcast by cable and lead operators and exhibited by schools, clubs and restaurants with the tacit approval of the government. Cinema in Pakistan is emerging a loser and dying a painful death. It is being relegated to the pages of history to be read by our children .

The argument most people give, many of whom have not been inside a cinema for years, is that our movies are bad. Mea culpa, but one should not pass judgement without seeing a film first. The only yardstick of a successful film is how much money it makes. Just to give an idea, Khatarnak and Maula Jutt are some of the success stories of Pakistani cinema and Lamhe and Silsila are bombs of the best director of the Indian cinema. The producers and directors of Pakistan don’t get up in the morning and leave home with the intent to make a bad film that will flop at the box office. The government, the so-called oracle of knowledge, is always stressing how films are managing to do well the world over, in spite of cable television and videos — a comment which should not even be dignified with a response. But to keep the record straight, American films are not banned from cinemas in the United Kingdom and simultaneously allowed to be shown on cable and video, and that too, illegally. But then, intelligence and integrity are disqualifications if one wants a job with our government.

One does not have to go very far to see the fruits of clamping down on piracy. It’s an hour and 40 minutes-long flight to Dubai, which was once the hub of all piracy in the region with hardly 10 cinemas left, and that too in dilapidated condition. Once the rulers realised that they were making chors of their future generation, they clamped down and their gain was our loss. The whole world of piracy moved to Rainbow Centre, Karachi, while Dubai now has 70 top-class cinemas. Our censor board says that they can only take action against legal cinemas, not clubs, schools and restaurants, which illegally show banned films, as these places are not licensed.

A former chairman of the Pakistan Censor Board even suggested that he should censor films being shown by cable operators but was speechless when asked under what law. PEMRA is only interested in lining its own pockets and keeps harping about under-staffing and other handicaps. An educated young man will not get a visa for further studies, but the leading pirates travel without fear of being arrested. The FBI warning on their films is just a joke fit for the spy vs. spy section of MAD magazine.

At the risk of sermonising, our society must wake up to the fact that films whether Indian or English, shown by cable operators and sponsored by national and multi-national companies, are illegal, and it does not matter how common the practice is. It will be illegal till the laws are changed and no matter how much money is involved, those guilty are still petty thieves.

Drastic steps should be taken to help cinema by way of stopping piracy and, once and for all, deciding on the screening of Indian films under a legal cover, so that a business which is providing livelihood to thousands of people and contributing to the exchequer can survive with dignity. Most importantly, the art of cinema should be allowed to fulfil its role in helping integrate society and who knows, one may find another Noorjehan, Mehdi Hasan, Rafi Peer, Hasan Tariq and Babra Sharif for the boys and girls to lose their hearts over. Not to mention Waheed Murad, who still gives me a tough time when I ask my wife for a date.

When I walked out of the cinema I had helped build — which was judged the best cinema in Pakistan three years ago at the Nigar Film Awards — 25 years and nine months from the day I first walked in for the opening on April Fool’s day, these were the words that followed me: Kis tamana sey tum ko chaha tha, Kis muhabbat sey haar mani hai.