The Bhuttos — undoubtedly the most charismatic, controversial and tragedy-prone political dynasty of Pakistan — never fail to amaze and fascinate the public. You may love them, you may hate them, but you cannot ignore them. So when Fatima Bhuttowrites a book, and that too about her family, it is bound to stir excitement and ruffle some feathers.(Read an interview with Fatima Bhutto here.)

Songs of Blood And Sword: A Daughter’s Memoir is Fatima’s tribute to her father Murtaza, who was assassinated, along with six associates, by the police in a controversial encounter in September 1996. What made this murder more bizarre and eerie was the fact that Fatima Bhutto’s aunt Benazir, whom she refers to as “Wadi bua,” was the prime minister at the time. Fatima has not forgotten this fact nor forgiven her aunt.

If Murtaza is the hero of this book, Benazir and her husband Asif Zardari emerge as its villains. The betrayal of PPP’s political ideals and BB’s failure to provide an honest leadership is a recurring theme of this book and Asif Ali Zardari is portrayed in an equally negative light.The events of the night when Murtaza was assassinated, at a stone’s throw from his house, sheds light on their estranged relationship: “‘Hello? Wadi?’ I said … ‘No, she can’t come to the phone right now,’ came the reply. It was Zardari. It was no secret that none of us in the family liked Asif Zardari, my aunt’s oleaginous husband… ‘I need to talk to her,’ I insisted, my voice quickening … ‘She can’t speak, she’s hysterical,’ Zardari replied. As if on cue, there was a loud wailing sound in the background. It had been quiet before, with no indication that anyone was in the room with Zardari, and all of a sudden there was an almost desperate crying shattering the silence. … ‘Oh, don’t you know?’ Zardari responded. Your father’s been shot.”

Fatima has pronounced her verdict on Benazir — a verdict that will annoy Benazir’s many admirers. It is not the judgment of a historian or a political analyst, but the rantings of a niece who felt terribly let down and betrayed by her beloved aunt.

A very public feud between Murtaza and his sister Pinky (Benazir) is described in vivid detail. Fatima is looking at Benazir from her father’s eyes; ostensibly he was angry that his elder sister made what he saw as “shameful” political comprises and “unholy alliances” in her ascent to power. All this, coupled with stories of corruption and kickbacks, was seen as going against the creed of the patriarch of the family Zulfikar Ali Bhutto, who was hanged to death on controversial murder charges by former military dictator General Zia-ul-Haq, who emerges as the other big villain in Fatima’s book.

Fatima weaves the case against her “Wadi” skilfully — from her brief encounters with Benazir in their days in exile in Syria, to the return of her father to Pakistan to run for elections. Benazir was in power at the time when the firing incident involving the police at Al-Murtaza, her father’s residence in Larkana, took place. Fatima quotes from an interview given by Nusrat Bhutto to The New York Times soon after in which she says, “She (Benazir) tells a lot of lies, this daughter of mine.” The arrest and torture of Murtaza’s loyalists and finally his own murder — all the events took place at a rapid pace and the details make for an interesting read. 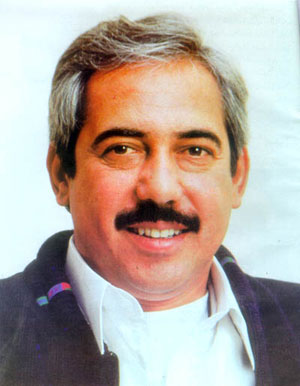 Murtaza, the hero of the book, had all the characteristics of a Bhutto — he was flamboyant, at times recklessly adventurous, romantic, devoted to the family and, above all, political. He was a product of the times when Che Guevara and his guerrilla movement ruled the minds and hearts of many youngsters, children of Pakistan’s elite, and Chairman Mao’s Chinese revolution held great romantic appeal for young revolutionaries.

The author’s treatment of her father conjures an image that is far removed from his public persona of a ‘terrorist.’ Fatima gives details of her father’s days in exile — as a young college student campaigning for his father’s release through legal and political means and then his stint in Afghanistan to organise an armed resistance.

Fatima has triggered controversy by claiming that Murtaza and Shahnawaz went to Afghanistan on Zulfikar’s advice. This version has been challenged by Murtaza’s younger sister Sanam as well as his cousin Tariq Islam. Given the number of books and material available on Murtaza’s adventures in Afghanistan, including the hijacking of a PIA passenger plane by PPP activists, Fatima’s narration of those times appears naÃ¯ve — but that was to be expected as this is a daughter’s memoir of a father she truly adored. So all his sins of commission and omission are overlooked. But Fatima is not so charitable to her biological mother, Fauzia, who Murtaza met and married in Afghanistan. Their relationship appears to have broken down irretrievably. In fact, she expresses fear of Fauzia, especially when she tried to take custody of Fatima years later.

Murtaza’s intense affair with a Greek woman, Della Roufogalis, who was eight years older than him and was the wife of a Greek general languishing in jail at that time, has also been described in vivid detail. Della appears in the book as a story-teller, revealing many hidden episodes of Murtaza’s eventful life.

The anchor role that Ghinwa, Murtaza’s second wife, played in the life and politics of Murtaza and his children has been described with love and affection. The author repeatedly refers to Ghinwa as “mother,” revealing the inner dynamics of the family feud that have long centred on Murtaza’s choice of second wife. In fact the book has been dedicated to Ghinwa and to ‘Joonam’ (Nusrat Bhutto), who Fatima says always remains with her (in spirit), despite the distance created between them.

As a writer, Fatima appears to be at her best when discussing her family. She gives small but important details about the famous and not-so-famous members of her family, their hopes and fears, their intricate relationships and their bond with each another, as well as the many traumatic times the Bhutto family has been through. It is when she is discussing the political landscape of the country that Fatima falters; she makes many sweeping and superficial remarks that stand out like a sore thumb in an otherwise well-narrated and well-knit book.

Songs of Blood and Sword is an important addition to the growing number of books on the Bhuttos because it is an insider’s account and is bold and frank. The story has been told as honestly as a daughter can tell it. One can argue about, differ on and criticise the account and interpretation of many events, which happens in the case of all politically loaded writing, but one cannot ignore this book. It is a must-read for anyone interested in the Bhuttos, their politics, life and times — all of which are so intricately interwoven with the overall fabric of Pakistani politics.