The recent attacks on women, once the most respected segment of Baloch society, are a clear manifestation of the degeneration of life in Balochistan. In the month of April, not only did a female assistant professor at the University of Balochistan lose her life in a target killing but also five women were injured in incidents of acid-throwing.

Acid-throwing attacks on women are a new phenomenon in the Baloch-populated areas of life in Balochistan. The first incident of acid-throwing occurred in Dalbandin, 325 kilometers away from Quetta, where on April 13, unknown persons threw acid on two girls. The girls were identified as 13-year-old Gul Begum and 11-year-old Dur Jamal.

“It was around 10 p.m, when the bazaars of the area close down,” Dur Jamal told journalists in Quetta. “When some donkeys strayed close to our tent, I came out to try to drive them away. Suddenly two masked men riding a motorcycle appeared, and threw acid on me. When my sister heard me screaming, she rushed out and that is when the attackers threw acid on her face too,” she added.

An organisation by the name of the Baloch Ghairatmand Tanzeem claimed responsibility for the acid-throwing attacks. They warned women against coming out of their houses unaccompanied by a male member, or else they would suffer the same fate. Prior to this incident, pamphlets threatening women were circulated in Quetta , Nushki, Dalbandin and Kalat.

Another acid-throwing attack took place in Kalat town, 150 kilometres south of Quetta. Three sisters, two of them in their teens, received serious wounds on their faces. The victims were identified as 20-year-old Fatima , 14-year-old Sakina and eight-year-old Saima. They were on their way home when two masked men on a motorcycle threw acid on them and fled.

These incidents have left women in Baloch-populated areas in a state of fear, and they now avoid going to market places in the Sariab area of Quetta.

All political and religious forces that have a say in the Baloch-populated areas of the province have strongly condemned incidents of acid-throwing. In fact hardliner nationalist forces are holding the government agencies responsible for these attacks. “When the rulers launched a military operation in Balochistan, for the first time women also came on the roads to protest against it. This was a great source of trouble for the government, therefore its agencies adopted a new strategy, to throw acid on women, so that they would be confined to their homes,” the hardliner nationalist leader Dr Allah Nazar Baloch said in a recent interview.

The provincial government termed these allegations baseless and Chief Minister Nawab Mohammad Aslam Khan Raisani expressed a firm resolve to bring the perpetrators of the acid-throwing attacks to justice. But a month has gone by and there has been no breakthrough in the investigation, nor have any arrests been made so far.

Amidst protests against acid-throwing, a female assistant professor of the University of Balochistan (UOB), Nazima Talib, was killed in Quetta. Settler teachers were being targeted in Balochistan following the launch of the operations but this was the first time that a female teacher became a victim of target killing.

After completing her education in Karachi, Nazima Talib had joined the University of Balochistan. She had been affiliated with the mass communications department of the university for 22 years.

Targeting a woman is contrary to the tribal traditions of Balochistan and Talib’s killing was condemned by all except the hardliner Baloch nationalist groups.

The defunct Baloch Liberation Army (BLA) claimed responsibility for killing Nazima Talib in retaliation for the acid attacks on Baloch women in Dalbandin and Kalat, the alleged firing of law- enforcement agencies on a gathering of women in Mand and the killing of a Baloch woman in a police raid in the Sariab area of Quetta. Nationalist forces held the police responsible for her death, but police authorities have denied the charge. 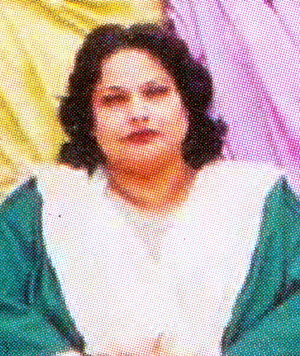 Nazima’s murder has frightened the teachers’ community, particularly those teaching at the University of Balochistan. A majority of the over 300 teachers affiliated with the university are from the Punjab and Sindh. “Over 22 teachers have left the university due to the prevalent situation in the province, while 70 others have requested transfers to the Punjab and Sindh,” says Professor Kalim Barech, president of the academic staff association of the Balochistan University. “Our coming generations will not forgive us, if we fail to protect able teachers for them.”

Expressing serious concern over the target killings of teachers, Professor Barech suggested convening a grand tribal jirga of both Baloch and Pashtun elders so that teachers who have nothing to do with political and administrative decisions are safeguarded.

Balochistan University has lost three senior teachers so far in incidents of target killings. Despite requests for transfers, the university administration was reluctant to issue NOCs to the teachers, but after Nazima Talib’s murder, the pressure has mounted and the administration has relaxed its policy on the issuance of NOCs, exposing the largest university of the province to a serious academic crisis.

The organisations and groups claiming responsibility for these attacks all have one thing in common: they are anti-army and government. This is reminiscent of how militant groups started their atrocities against women in the Northern Areas. The onus is on the government to stop these incidents from continuing; inaction will worsen the plight of women not only in Balochistan but in the entire country.