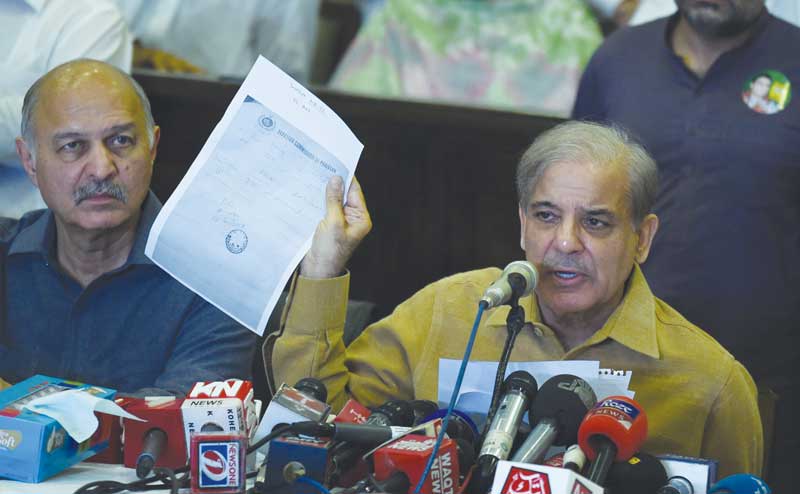 The 12 months preceding the July 2018 elections were dominated by two contrasting narratives being peddled by the Pakistan Muslim League-Nawaz (PML-N). One by the former party supremo, Nawaz Sharif, who had been ousted as the premier, and the other by his younger brother Shehbaz Sharif, who has taken over the reins of the party. The former prime minister had alleged the connivance of the military leadership with the judiciary to manoeuvre his ouster.

Shehbaz did not want to alienate the military establishment by echoing his brother’s narrative, which by May this year had taken a dangerous turn, when Nawaz acknowledged that the Mumbai attacks originated in Pakistan, and that the “Dawn Leaks were true.”

Maryam Nawaz echoed her father’s claims, with many close to the family maintaining that it was actually she who was the brains behind Nawaz’s frontal attack on the military leadership.

Hamza Shehbaz, meanwhile, was on the same wavelength as his father. Not only did the two steer clear of any mention of the establishment in the build-up to the elections, but it was evident that lines within the PML-N camps had been drawn between the Nawaz and Shehbaz families.

Former Punjab government spokesperson Zaeem Qadri’s outburst against Shehbaz and Hamza, and his exit from the PML-N a month before the elections, underlined the differences that Nawaz loyalists had with the new party president.

On July 6, Nawaz and Maryam were sentenced to prison by an accountability court in the Avenfield case. On July 13, they landed in Lahore to hand themselves over to the authorities, and decided to fight the cases in court.

Insiders revealed that the strategy was to get the masses to back their narrative, in the mistaken belief that going to jail just before the elections would further vindicate their position. Nawaz and Maryam had also hoped to get bail in time for a last-ditch campaign before the polls, which did not happen.

Meanwhile, Shehbaz Sharif came under severe pressure for failing to rally party workers and activists to come to the airport to receive Nawaz and Maryam. Senior party leaders felt that at a time when the Pakistan Tehreek-e-Insaf (PTI) was failing to get the numbers at the rallies, a strong showing in Lahore would have reverberated among the voters in Punjab. 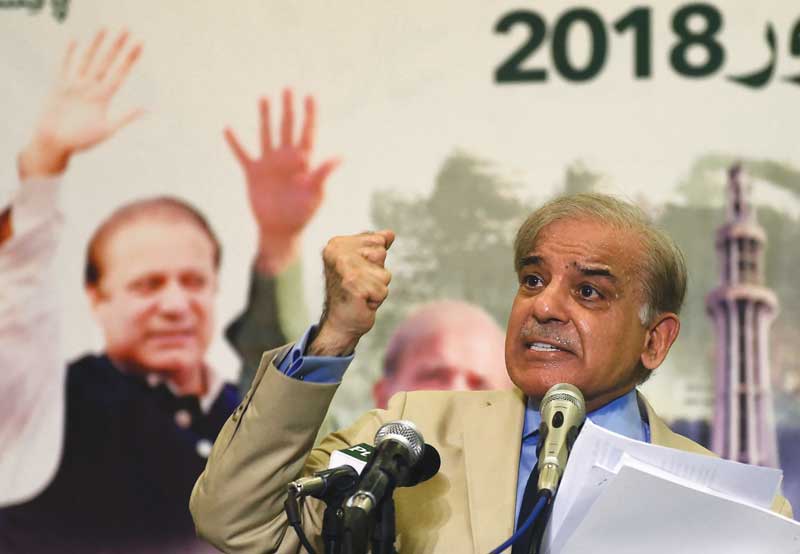 There were suspicions within the party that Shehbaz’s half-hearted attempts at providing support to his brother, were aimed at undermining the authority of the party head. Coupled with his refusal to echo Nawaz’s narrative, it proved to be damaging in the election.

Shehbaz’s first mention of manipulation came around midnight, on polling day, when he levelled allegations of rigging. There was a general consensus in the Nawaz camp that he had left it until too late.

The PML-N was voted out of power in both the centre and Punjab, where the PTI managed to form coalition governments. Shehbaz’s ability to unite other parties came under scrutiny as well, when the Pakistan People’s Party (PPP) refused to vote for him as the joint PM candidate of the opposition parties.

With the PML-N in the opposition in both the National and Punjab assemblies, Shehbaz’s ability to keep the party from disintegrating is under question.

While senior party leaders maintain that despite the divides, the party does not fear a mass exodus, there appears to be a consensus that events in recent months have proven that the PML-N can exist as a unitary force only under the leadership of Nawaz Sharif.

“Shehbaz Sharif did not play his cards in a wise or timely manner, and this was largely because he was confident that the party would manage to lead the governments in the centre and Punjab, despite the military establishment’s efforts to manipulate the elections,” says a PML-N leader.

Other party members say that the PML-N has learned from its mistakes.

“Not that there was ever any doubt, but now it’s more certain than ever, that Nawaz Sharif himself is an ideology which resonates with the masses. Shehbaz Sharif realises fully well that the PML-N can only function at its optimum under Nawaz’s name,” another party leader said.

Even so, Nawaz himself continues to be embroiled in graft cases. On August 29, he appeared before an accountability court, over references regarding Al Azizia Steel Mills and Flagship Investment.

“We have to see how these cases pan out, but I don’t think Nawaz Sharif will be in jail indefinitely,” says former PML-N member and political analyst, Ayaz Amir. “However, I do believe that the PML-N is still united – even if it doesn’t have a narrative to offer. That unity, however, is due to Nawaz, not Shehbaz.”

Ayaz Amir believes that the PML-N’s resurgence would depend on how the PTI performs in the next few months.

“The PML-N would be relying on the PTI to make mistakes once the new government’s honeymoon period is over,” he says. “And that’s when the party would put forth its next position – as the opposition.”

Senior journalist and analyst Wajahat Masood, meanwhile, maintains that Shehbaz has been clueless in his political dealings in and around the elections and has actually undermined democracy.

“The attempts to appease Chaudhry Nisar before the elections, and the efforts to bring him back into the fold for the by-elections, despite Nawaz’s opposition, show that the PML-N, under Shehbaz, doesn’t seem to be aware of what it needs to be doing. It actually appears to want to make compromises that undermine democracy,” he says.

Echoing several PML-N leaders, Wajahat Masood believes that Nawaz Sharif will not seek a compromise and leave for the UK.

“Once he decided to go to jail, he knew he was in it for the long haul,” he says. “Nawaz Sharif knows that leaving for the UK would tarnish his political legacy forever, which is what he has been fighting for, along with the political future of his daughter.”