On October 28, Jinnah Postgraduate Medical Centre was ready to face a storm. Doctors, armed with stethoscopes, waited anxiously while nurses prepared the beds. The deputy director of the hospital, Seemin Jamali, had received a worried phone call asking her to declare emergency at the hospital and prepare the emergency ward. She had everyone ready to carry out the emergency disaster procedure.

Nearly 25 women had fainted at a textile mill in Landhi and were being brought over by rescue workers. Some said they saw a ghost, some believe it happened after an exorcism was performed at the factory. Rescue workers insisted there was a gas leak.

In an article published in a newspaper, one of the workers, a woman named Farzana Naseem claimed that evil spirits had taken over the factory. She added that this wasn’t a one-off incident as such mysterious things had happened before. 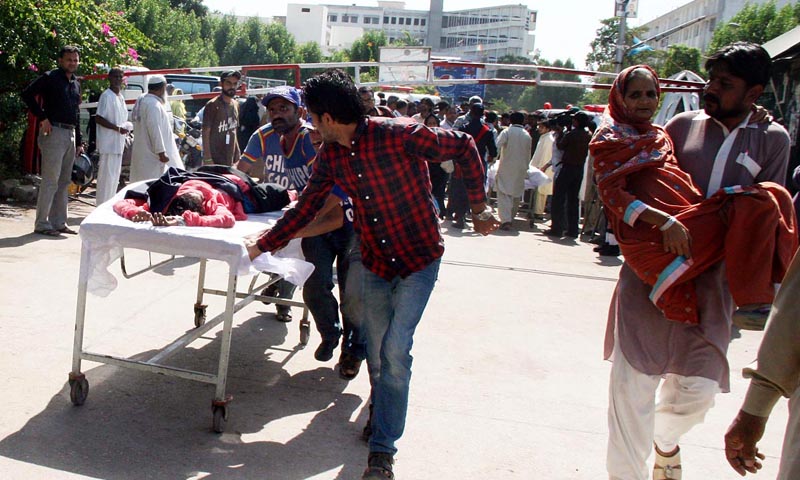 According to Dr Jamali, the doctors and psychiatrists who treated the patients said there was no gas leak. “It was just a case of mass hysteria. Their vitals were normal,” she said. “When they brought the women in, half of them were hysterical and the other half were unconscious. Given Karachi’s history, and the current situation in the country, we thought there was a major catastrophe.”

She added that the women were not possessed, but hysterical. “After our doctors gave them a clean bill of health, the family members of some of the women insisted on taking them to an aalim,” she said. “I overheard a woman telling her daughter that they will have to go to Abdullah Shah Ghazi’s mazaar during the urs to consult an aalim and he would be able to help them.”

Jamali believes that most of the commotion and chaos was created by the rescue workers. “They were dragging the women into the ward by their hair,” she said. “They didn’t even wait for the staff to bring the stretchers out.” She added that the rescue workers made the situation worse by saying that there had been a gas leak at the factory. This bit of information was like fodder for the media. Within minutes, breaking news bulletins on every news channel were flashing the news of ‘24 women fainted at factory because of a gas leak’, and then the reporters started flocking to the hospital. They were interviewing factory workers, the rescue team and hospital staff and getting three different versions of what happened.

The factory’s official statement says that there was nothing and the media blew everything out of proportion. “Nothing happened here. One of the girls went to the bathroom and hit herself on the head and fainted,” said the factory receptionist. “Another girl walked in and saw her colleague on the floor, got scared and fainted.”
According to Dr Jamali, mass hysteria is nourished by claustrophobic spaces, fear, sadness and anxiety. “Victims could also be subject to severe psychological stress,” she said. “In some cases there is also vomiting.”

Cammila, a psychotherapist, says that mass hysteria can be linked to many factors. “In Pakistan, there is an additional case of the possession syndrome, a collective delusion with a threat of possession,” she said. “Given our culture and its preoccupation with jinns, churails etc, mass hysteria is not uncommon. Also, sometimes in our society, women are just dramatic and easily swayed by stories about the occult.”

According to Tahir , an aalim who deals with exorcism and operates from North Karachi, there are some cases of genuine possession. “They start acting strangely and it terrifies their families,” he said. “We have people lining up from seven in the morning asking for help. Some people who believe in pirs and dargahs, also take their loved ones there and tie them up with chains in the hope that the spirits will leave them.”

According to Websters, mass hysteria, also called compulsive obsessive behaviour, is about collective delusions or threats to society that spread through rumour or fear. In medical terms, it is used to describe spontaneous manifestations of similar physical symptoms in more than one person. 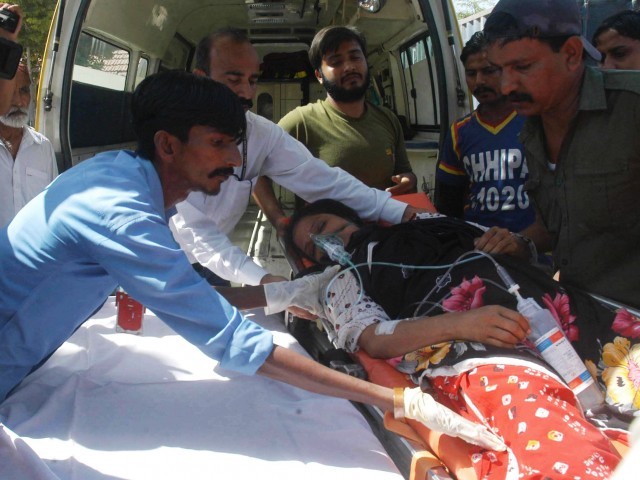 One a hot summer day in 2008, there was a similar case: reports of ‘jinns’ at a jeans factory had left nine people unconscious. It started when a new tap was installed in the toilet at the SM Dyeing and Garments Factory in SITE. Everyone started thinking there were evil spirits in the room.

One man claimed they saw a man with red eyes, another said he was slapped. One by one, nine men fainted and mass hysteria had broken loose. There was, however, a gradual buildup to the story. For weeks the workers had complained about feeling unwell. There were 1,600 workers working two shifts and some of them felt insecure about their jobs. According to the police, they had some leads about a dispute between the factory owners and workers.

Similar incidents have occurred in different parts of the world, especially in developing nations such as Afghanistan, Cambodia, Mexico and Bangladesh, where living conditions are poor and superstitions are common. For example, this July, 450 workers in a factory in Bangladesh were rushed to the hospital after drinking what they thought was contaminated water; only, it wasn’t. This was the second incident of a kind at Rose Ltd Factory. However, after extensive tests and research, it was, reported to be a case of mass hysteria. According to AFP, many workers mostly women, were taken to the hospital after they started throwing up and complaining about a stomach ache. When more than 200 workers were taken to the hospital, the factory was shut down and water samples were sent for analysis.

In Afghanistan in 2010, hundreds of school girls ran out of their classes clutching their headscarves over their mouths. Then girls began fainting. More than 46 students were taken to the hospital for treatment for what officials felt was a poisoning attack by the Taliban. Often in war-torn zones, mass hysteria becomes a common phenomenon. During their years in power, the Taliban regularly targeted girls schools. One of their techniques included dropping off warning letters at schools and homes. As violence escalates across the border, the fear of attacks becomes a reality and that is what experts like John Waller, a science writer, believe can cause mass hysteria accompanied by physical illness. Similar incidents took place in Afghanistan in 2009.

In Pakistan, incidents such as the textile factory one are picked up by the media and exploited. They play into people’s fears, their fascination with the occult and make a circus out of it because at the end of the day it is all about the ratings. Many morning and special Ramzan programmes often have live exorcisms. So as our fears change, so do our expressions of mass hysteria.