For anyone in search of answers into the nature of the troubled Pakistan-US relations, a great place to probe is Husain Haqqani’s latest book, Magnificent Delusions. Spread over 350 pages, it provides a particular perspective to the history of the bilateral relations between the two countries.

The latest work by Pakistan’s former ambassador to the US has a different style and speed, certainly different from his first publication Pakistan: Between Mosque and Military, which will be remembered for giving its reader a buzz one normally feels when reading a racy thriller. This one has a slower pace — gently, and on occasion, hurriedly, taking you through the corridors of history to understand why Pakistan’s relations with the US are troubled. 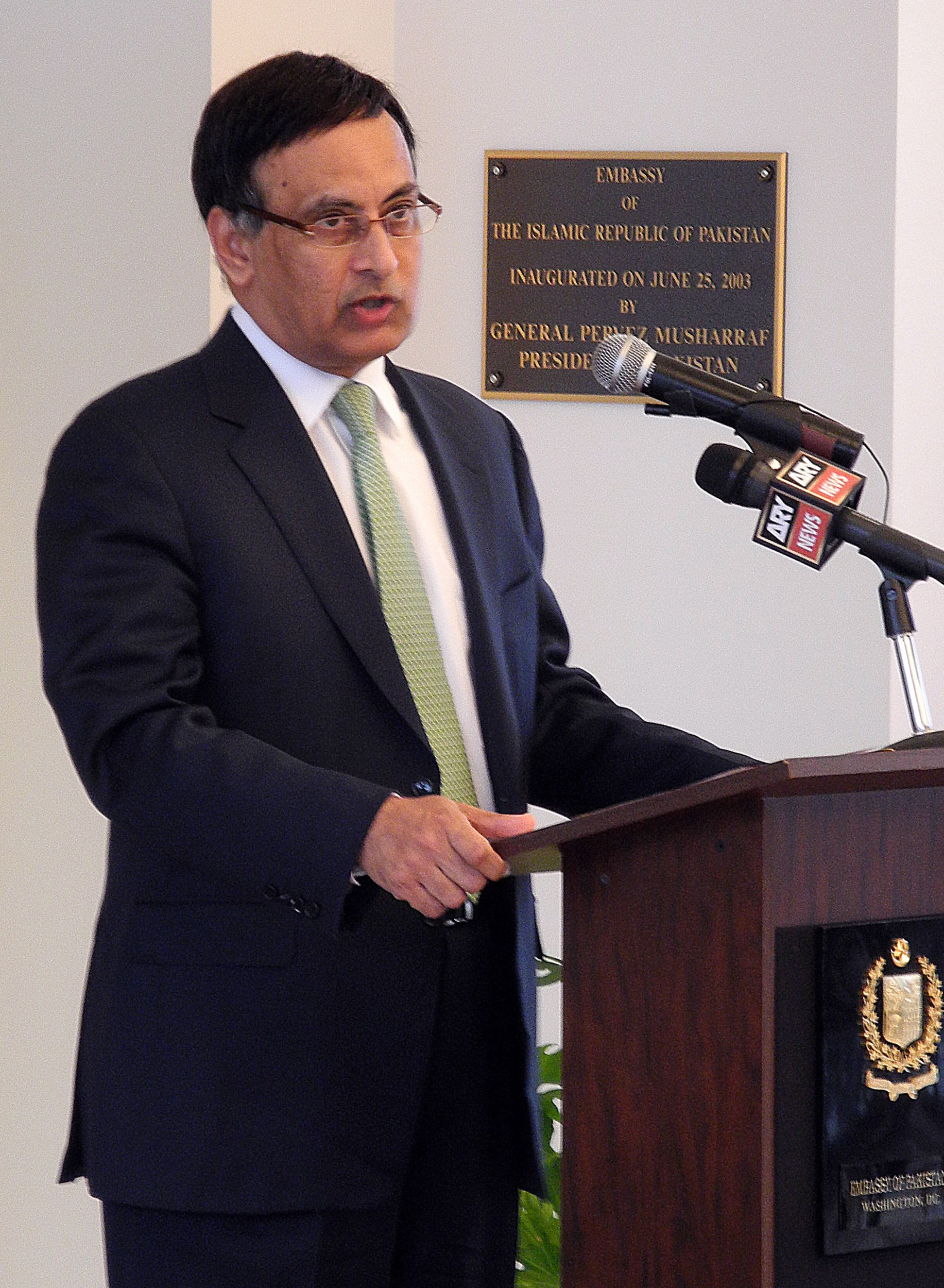 It seems that all that needs to be done to improve them is to remove the structural flaws in the relationship, which is driven primarily by Pakistan’s obsession with strengthening its security vis-Ã -vis India and using whatever means possible to bolster its defence. According to the narrative of this book, Pakistan emerges almost as a ‘mean’ operator that would do anything to exploit American political, diplomatic and military strength to its advantage. Of course, the opportunity is provided by the US which, according to the author, has pampered Pakistan through the decades to help fulfill Washington’s ‘strategic interests.’ The American leadership emerges as rather simplistic and naÃ¯ve in not understanding, especially in the earlier years, how successive Pakistan governments were exploiting it to primarily seek military assistance against India.

In its tone and tenor, the book clearly addresses a foreign audience to which it explains the confused ideological identity of Pakistan and its relationship with Washington. The first chapter lays out the rather complex design of the Pakistani state, which was founded by a seemingly secular leader like Jinnah, who, however, gave the state a religious bearing. In fact, Jinnah emerges from Haqqani’s narrative as a conniving but confused leader who is not sure about the implications of using religion for his politics, but is quite sure about exploiting Pakistan’s strategic location to gather resources from the western world. The incident narrated on page 36 about Jinnah trying to lure the then US ambassador to buy his personal property to establish the American embassy does not reflect well on the founding father of Pakistan. But then, as far as the US is concerned, no Pakistani leader emerges as being any different, including Zulfikar Ali Bhutto, who, on one occasion goes out of his way, and against all protocol, to visit the US ambassador to plead for military and economic assistance from Washington.

What is described here is truly a limited transactional relationship in which one country agrees to provide certain services to another in return for cash and kind. Thus, we see successive governments in Pakistan selling the idea of Pakistan fighting the Communist threat on America’s behalf, especially up until the end of the Cold War. Bhutto, for instance, exploits an incident in 1973 when a cache of arms was seized from the Iraqi embassy. The seizure was cited as an example of Soviet interference that would, in return, provoke assistance from Washington. It’s not until we get to the more recent times and Benazir Bhutto, that we get a description of a political leader who was willing to be on the same page as the Americans in perceiving the threat from Islamists.

The book is fairly dynamic in presenting an alternate picture of the various leaders, ranging from Muhammad Ali Jinnah and Liaquat Ali Khan to Asif Ali Zardari. The leadership of the earlier years, especially after the creation of the country in 1947, was very western-liberal in its outlook. For instance, Liaquat Ali Khan, the country’s first prime minister, is a man who impresses his American hosts with his ability to hold his drink. The then assistant secretary of state, McGhee, described him as “a man you could do business with.” Such an impression was necessary to develop an understanding with the US in order to draw some calculated benefits. He is certainly different from a leader of the 1990s like Mian Nawaz Sharif, who “unleashed xenophobic Pakistani nationalism tinged with Islamism that had previously been the norm in Pakistani politics.” He had also called for “openly supporting the mujahideen in Kashmir.” That he had busied himself with details of the food to be served during a critical meeting in which the then army chief Asif Nawaz Janjua and Sharif’s team discussed the American reaction to Islamabad’s increased assistance to the Kashmir jihad, is another matter.

When Hussain Haqqani took over as Islamabad’s envoy in Washington in 2008, he had to face challenges such as America’s growing impatience with Islamabad’s linkage with the Taliban and other jihadis. In fact, we are told that the US Secretary of State, Condoleezza Rice, almost gave a dressing down to the National Security Adviser, Lt. General (retd) Mahmud Durrani, over the country’s involvement in the Mumbai attacks in 2008.

Indubitably, from an American perspective, the relationship is challenging as it involves a partner that lies incessantly and without shame. From a country that pretended to share America’s anxiety regarding Communism to becoming a nuclear proliferator and later a supporter of jihad — Pakistan has proved to be too problematic for Washington. However, Haqqani does not really explain why successive US policymakers have walked into, what is succinctly described in the book, as the “relationship trap.” There is some explanation of Washington’s urgent strategic needs. But since Islamabad seems to be the only one insisting on gaining some importance in the American scheme of things and not the other way around, one wonders why the US did not treat Pakistan like an insignificant country in Africa?

Although the author seems to have been rather miserly with details on more recent times, especially when he served as Pakistan’s ambassador in Washington, it is worth asking why the US has been so fearful of separating itself from the Pakistani establishment. Since the 1950s, when a strategic relationship was established between the two states, the two have pulled away during periods of strategic divergence only to come together again in times of strategic convergence. This means that the US has, through the decades, also considered Pakistan as a useful ally who must be kept in the loop and not totally abandoned. Hence, it is not surprising to see Washington holding on, and providing space, to a Pakistan establishment-friendly perspective in the American capital. The fact that today there is little space for alternative views from Pakistan in Washington indicates a super power that is quite willing to be manipulated by a smaller state. Some of the details given in the book will hopefully help researchers trying to further develop theoretical models on dependency relationships between states.

However, where the book certainly appears deficient is in the details, particularly pertaining to personalities that Husain Haqqani must have seen from up-close in his several decades of being part of the power circuit in Pakistan. Moreover, the book seems to tell just one side of the story, regarding how Pakistan penetrated the corridors of power in Washington. It does not tell Washington’s part of the story. It dwells only briefly on the Raymond Davis incident, which in itself is an example of how American intelligence minded its interests in the face of a dithering ally. In fact, the reader is disappointed to see no details on the Raymond Davis issue or even the Memogate scandal, that involved the author himself. The inclusion of these critically missing details would have made Haqqani’s book more interesting and readable.

One of the lasting impressions one
gets after reading the book is that the
author has held back a lot of what he could have said.