A few years ago, when I started working on my book about the different communities that make up Karachi, I was very curious about the city’s Jewish past and its people who might still be living here.

I tried very hard to find them, but kept running into dead ends.

One day I came across an article titled ‘Because there are no Jews in Pakistan’ written by David Horovitz and published in the Jerusalem Post, September 12, 2008. I wrote to him, asking for help in locating Dr Ishaac Moosa Akhir, a Sephardic Jewish doctor from Karachi mentioned in the article. I told Horovitz about my work and how from the very beginning of my research, I had been trying to locate  Karachi’s lost Jewish community.

All roads led me to Rachel Joseph, the last custodian of the Magain Shalome synagogue on Lawrence Road (now Nishtar Road). But I could not find any more details,  as Joseph had passed away a few years ago and the synagogue which was built in 1893 had been demolished in 1988.

The task of finding any members of Karachi’s Jewish community seemed nearly impossible till Horovitz, then Editor-in-Chief of the paper, offered to publish my query as a letter in his paper, so anyone with any information could contact me. 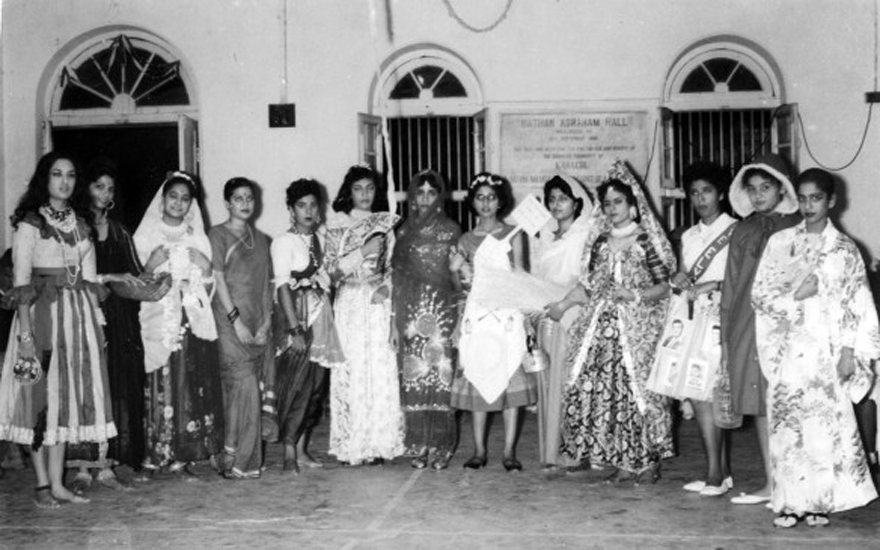 Within two days of my sending the letter, I was contacted by a Jonathan Marder from Rehovot, Israel. He had never been to Karachi, but had heard many stories about the city from his father and grandparents. Their family had a strong connection with Karachi, “and probably accounted for most of the very small community of European Jews there,” he wrote in an email.

Marder’s great-grandfather, Simon Wyse, ran the Great Western Hotel, and his grandparents ran the Killarney Hotel in Karachi. The Killarney was first housed in a building that later served as the Russian Consulate, and has been restored as part of the Bay View School in Cantt. In the early 1930s, it moved to a ‘palace’ built by a Parsi entrepreneur, and was renamed the Killarney Hotel — Marder’s Palace. The Palace Hotel, as it came to be known, was demolished in the mid-1970s, and in its place stands the Sheraton Hotel. 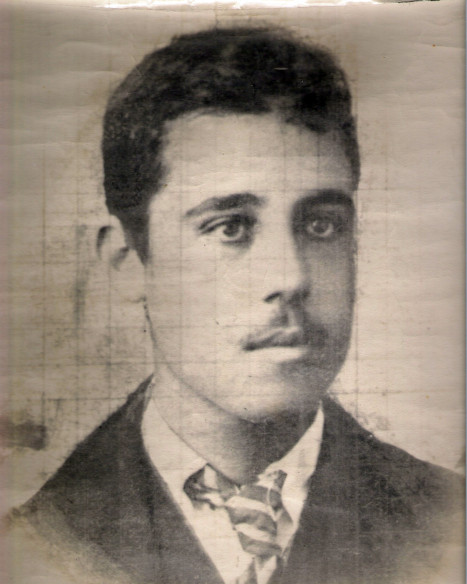 Marder’s father’s aunt married Moses Somake, an Iraqi Jew who was once Karachi’s leading architect. “I am in touch with Somake’s descendants,” wrote Marder, and passed my email address to Moses and Mary Somake’s granddaughters, Mary Keizer and Doreen Curran, who live in Australia. I was delighted when I heard from them, and they in turn were more than pleased to know that several buildings designed by their grandfather still stood proudly in the city.

Somake’s third granddaughter, Jacky Fraser, who now lives in Canada, also got in touch with me and shared notes about her father and grandfather.

Being an architect’s wife myself, I knew almost all the buildings Somake had designed. Amongst these, the best known is the Flagstaff House on Fatima Jinnah Road, which was built in the 1890s and bought by Mohammad Ali Jinnah in 1944. After Partition, the house was furnished with his belongings brought over from his Delhi and Bombay residences. The Flagstaff House remained neglected until 1985, when it was acquired and restored by the Government of Pakistan under representation by the Heritage Foundation, and declared a national monument. It displays relics and furniture belonging to the Quaid.

Other well-known Karachi buildings designed by Somake include the following: 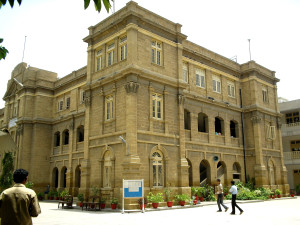 — The North Western Hotel, already mentioned, was one of four railway hotels, the others being the Bristol, the Carlton, and the Killarney, all built close to the railway line to provide accommodation to visitors arriving in Karachi by train.

— The Karachi Goan Association Hall, located near the Karachi Grammar School in Saddar, is designed in stone masonry, highlighting its English Renaissance style.

— The Mules Mansion, an imposing building in Keamari, was built in 1917. Known after Charles Mules, the first full-time Chairman of the Karachi Port Trust, this is more ornate in character than Somake’s earlier buildings. 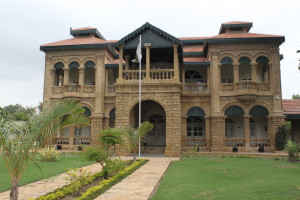 — The Edward House, located on Abdullah Haroon Road, used to house the famous Cafe Grand, once operated by Herbert ‘Bertie’ Cumper. It was named after Somake’s son, Ellis Edward.

The Somake family left Karachi for London in September 1922, for their children’s education, and with the hope that their family would find suitable Jewish partners there to marry. According to the great architect’s granddaughters, Somake retired completely as an architect after leaving Karachi.

In response to my letter, I also heard from Zvia Epstein nee Benjamin, a Sephardic Bene-Israel Jew, also living in Israel, who shared details about her life in Karachi.

Zvia’s parents were born in Karachi, and her father, Aaron Sassoon Benjamin, was the Deputy and later the Chief Mechanical Engineer of the Karachi Port. They lived in a large house on Manora Island, where the dry docks were located. 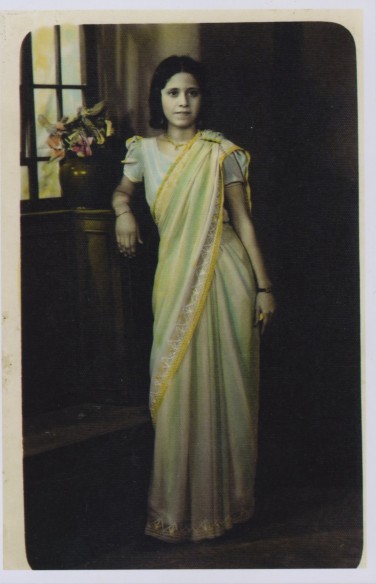 According to Zvia, she and her siblings had a magical childhood — going to school every day, traveling first by boat and then by the school bus which collected them. “It was fun. We also went fishing, swimming, and visited our beach house at Sandspit,” she wrote. Like their father, Zvia and her younger sisters, Abigail and Emma Benjamin, also studied at the Karachi Grammar School. Zvia completed her A-Levels in 1959 and graduated from the Government College for Women, then obtained an MA from the University of Karachi and a law degree from the Sindh Muslim Law College.

On her father’s promotion, the family moved to the KPT House on the mainland and, after he retired, he worked for a while as a port consultant in East Pakistan. The family moved to another house near the Zoological Gardens, as a large number of Jews then lived in that area. But then Zvia had to leave for the UK in 1964.

In an email correspondence, she wrote: “When I was 18, a few young people and I got together and stood up for elections at the Jewish Sports Club. We held bingo nights and whist drives but we also put up shows and held dances for every holy day. I usually wrote and directed the shows. We had a lot of support from our parents who did not mind having costumes sewn for us, and did not complain even when they had to chaperone us every evening when we had rehearsals. I must say that those evenings were a big hit, and I can proudly say that no one (not even the complaining old ladies of the community who used to gossip about us) missed a single event.”

Zvia loved her life and childhood in Karachi, and still remembers it fondly. “One feast I liked in Karachi was the Feast of Tabernacles.  On the last day, Simhat Torah or the Rejoicing of the Law, we wore new clothes, a sukka (house of palm leaves) was built and there were competitions and games.  Inside, there was dancing with the Scrolls of the Law. The women did not join the men. We used to go outside into the courtyard of the synagogue where there were food stalls. We usually had biryani and samosas and met our friends. It was a special time,” Zvia added. 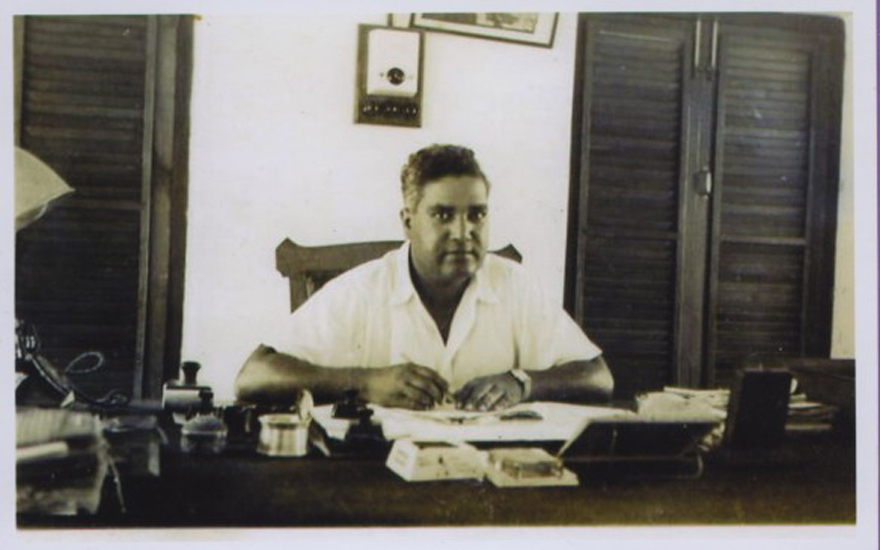 Aaron Sassoon Benjamin in his office on Manora island.

Her parents went to the UK for her younger sister’s wedding in 1969, and did not return to Karachi.

Relations between the Jewish community and others in Karachi continued to be harmonious immediately after 1947. However, incidents involving violence against Jews began to occur some time after the creation of Israel, leading to feelings of insecurity within the community. The synagogue in Karachi was set on fire, and the frequency of attacks on Jews increased after each of the Arab-Israel wars, i.e. 1948, 1956 and 1967. The decade-long period under President Ayub Khan saw the gradual disappearance of Jews from Pakistan. They migrated to India, Israel and the United Kingdom. Several families perhaps remained in Karachi beyond this period but, as a security measure, many of them concealed their Jewish identity, sometimes passing themselves off as Parsis or Christians.

This article was originally published in Newsline’s December 2013 issue under the headline, “A Lost Community.”