Imran Khan’s Pakistan Tehreek-e-Insaf (PTI) is discovering the hard way that being in power could be a lot more challenging than being in the opposition.

Only six months after the installation of the PTI-led coalition government in Khyber Pakhtunkhwa (KP), the ruling alliance has already lost one of its partners and its majority in the 124-member provincial assembly has been reduced to a mere five members. Though the government isn’t about to fall as it still enjoys the backing of 68 MPAs and there is no move yet to bring a no-confidence resolution in the assembly against Chief Minister Pervez Khattak, its reduced majority has certainly rendered it weak and vulnerable. 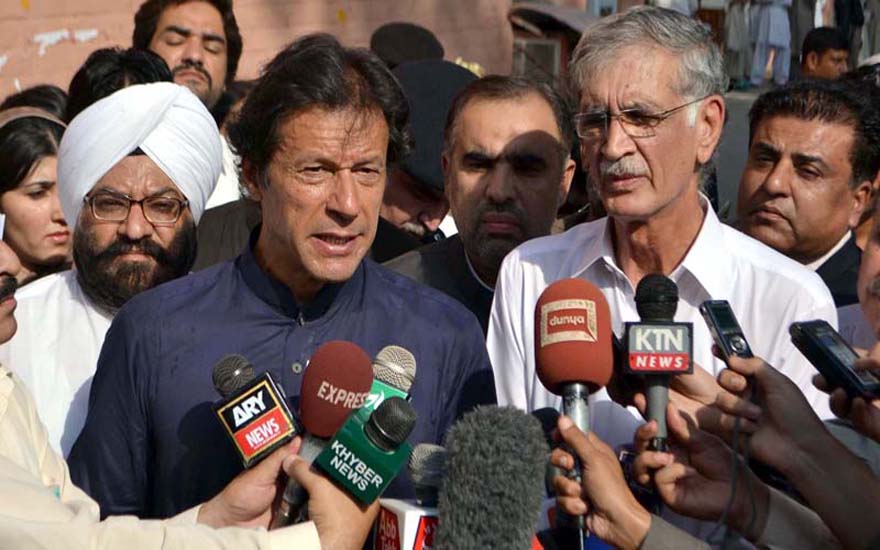 The government now has to contend with an aggressive opposition, bolstered by an increase in its strength following the resignation of former federal interior minister Aftab Sherpao’s Qaumi Watan Party (QWP) from the provincial government on November 15. As a consequence, the PTI is required to pay more attention to its remaining two coalition partners, the Jamaat-i-Islami (JI) and the Awami Jamhoori Ittehad Pakistan (AJIP) based in Swabi district, even though their strength in the provincial legislature is only eight and five members, respectively. Besides, maintaining discipline in the PTI ranks is not going to be easy because most of its lawmakers are first-timers who are getting used to the charms of being in power.

If the 18th amendment in the 1973 Constitution had not made it difficult to switch loyalties, horse-trading would already have started in the KP Assembly. The fear of losing one’s seat is keeping MPAs seeking power and money in check and preventing defections. Both sides are equally equipped to trigger defections from the rival camp, but none has made the first move yet.

Prime Minister Nawaz Sharif holds the key to the survival of the PTI-led coalition government. Though the federal government led by him has yet to respond positively to the issues and demands raised by KP’s provincial government and assembly, it refrained from making life difficult for Khattak, despite the fact that the PML-N and PTI continue to be major political rivals. Nawaz Sharif ignored JUI-F chief Maulana Fazlur Rehman’s pleas, soon after the May 2013 general election, to join hands to try and cobble together a coalition government sans the PTI in KP. To his credit, Nawaz Sharif made it clear that he respected the PTI’s mandate as the largest political party in the assembly and would let it form the government. Even after the QWP’s recent departure from the ruling coalition, the Prime Minister gave no indication that he was willing to back efforts to remove the PTI from power. However, if Nawaz Sharif were to change his mind, the PML-N and the JUI-F with 17 MPAs each would try to rope in the QWP and other smaller parties, including the ANP with five members and PPP with four, to gain the required majority and move a no-trust resolution against the government. However, any coalition government without the PTI would struggle for survival. Nawaz Sharif is aware of the numbers game and would not want to be blamed for ousting the PTI from power and replacing it with an unwieldy coalition government in a volatile province. 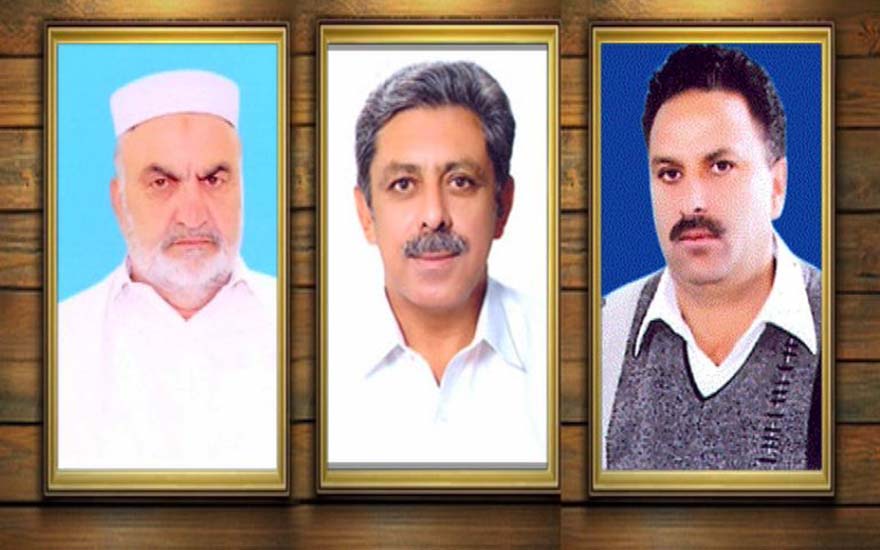 The PTI has 53 MPAs and it could raise its strength to 55 by winning the two coming by-elections on seats that fell vacant after the death of its law minister, Israrullah Gandapur, in a suicide bombing on the occasion of Eid-ul-Azha in Dera Ismail Khan and the disqualification of its communication and works minister, Yousaf Ayub Khan, from Haripur due to his fake graduation degree. It was a measure of Imran Khan’s confidence in the PTI’s ability to survive, and even win a fresh election in the event that it was ousted through a no-confidence move, that he got Chief Minister Pervez Khattak to sack the two QWP ministers, Ibrar Hussain and Bakht Baidar, on corruption charges and expelled the party from the coalition government. It has provoked Aftab Sherpao no end, and being a seasoned politician he may exact his revenge by plotting the overthrow of the PTI-led coalition government. Though Imran was criticised for not taking action against the PTI ministers despite allegations that some of them were also involved in corrupt practices, the sacking of the QWP ministers alarmed all members of the cabinet and sent a strong message that no one would be spared. The QWP, essentially a family party of the Sherpaos even though it has been espousing Pakhtun nationalist causes after changing its old name, PPP-S, eagerly joined hands with the PTI in forming a coalition government as it needed to be part of the power equation after remaining in the political wilderness for years. It had managed to get some of the choicest portfolios for three of its ministers, including Sikandar Hayat Sherpao who got the title of senior minister despite being much younger than the other senior minister, Sirajul Haq of the JI. 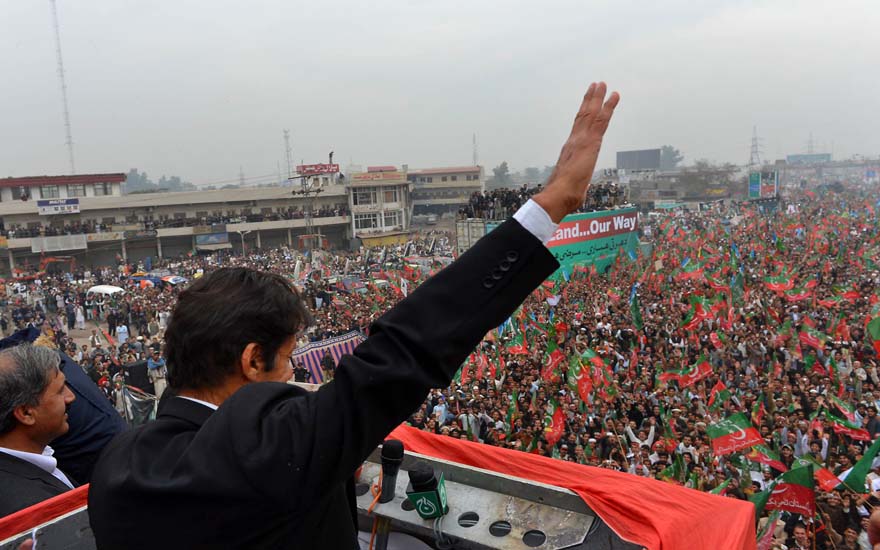 Imran’s tough stand on corruption helped the PTI to regain some of its lost ground as people had started questioning the provincial government’s performance and criticising its slogan of change as being hollow. There is a general consensus that corruption in government departments, particularly at the ‘thana’ and ‘kutchery’ level due to the powers enjoyed by the ‘thanedar’ (police inspector) and ‘patwari’ (revenue official), has been held in check. The change is all the more visible considering the rampant corruption witnessed in the previous ANP-PPP coalition government. A Right to Information Bill has been passed by the provincial assembly to give citizens access to to the record of public departments; it has been lauded by critics, even though the original draft was amended to some extent by apprehensive lawmakers and bureaucrats. Reforms in the education, health and other sectors are also on the anvil. Work on development projects has slowly begun, though no major scheme is in the offing. However, the fact that most decision-making regarding KP is done at the central level by Imran and his close aides, seems to have rendered Chief Minister Pervez Khattak ineffective and given the opposition the chance to claim that all decisions are made at Imran’s palatial house in Bani Galla, Islamabad. 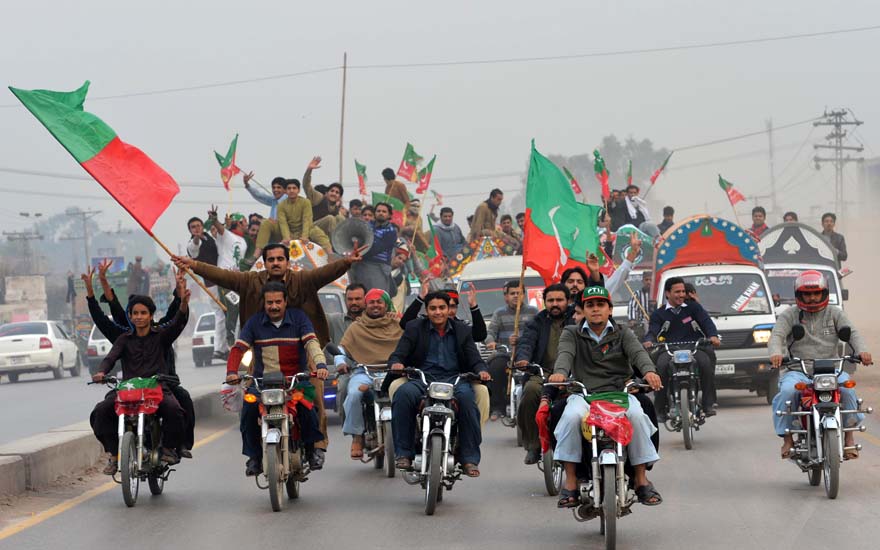 The PTI has been spending most of its energies on foreign policy issues such as opposition to the US drone strikes, blockade of NATO supplies passing through KP on the way to Afghanistan and relations with America. Imran has put his own party’s government to the test by getting PTI workers — and to a lesser extent, JI and AJIP activists — to block NATO trucks destined for Afghanistan at several points in KP from November 23 onwards. The excited party workers have at times manhandled truck drivers, broken seals and even blocked Afghan transit trade trucks, forcing the police to act against them. The PTI had opted to stage such protest ‘sit-ins’ in KP to avoid action by the police, but the independent-minded Inspector General of Police, Nasir Khan Durrani, ordered his cops to register cases against the protestors in case they take the law into their hands. The ‘dharnas’ have continued for over a week and the resolve of the protestors is becoming weaker. Party leaders have stayed away from the protests and the provincial government has been kept out of it to avoid getting into constitutional problems with the federal government. It seems the PTI leadership will eventually have to call it off because the blockade of NATO supplies hasn’t led to the intended halt of US drone strikes. Instead, the US, for the first time, expanded its area of drone operations outside the tribal areas by attacking a seminary in Hangu district in KP to get the members of the Haqqani network. The PML-led federal government ignored the KP Assembly’s unanimous resolution calling on it to block NATO supplies until the drone attacks were stopped. 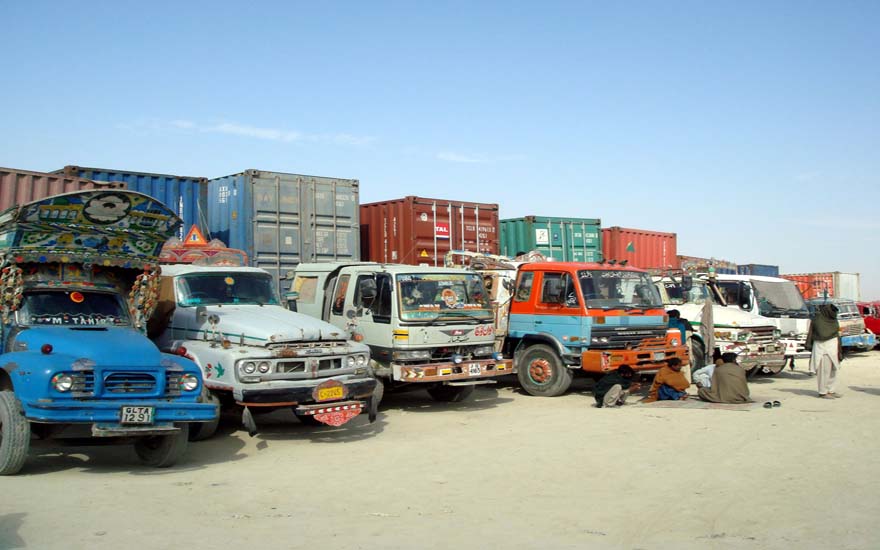 The PTI leadership is now in a fix as it has taken an extreme position on issues that are beyond the jurisdiction of its provincial government. Its constant demand for holding peace talks with the militants is also leading nowhere, as the ruling PML-N has been unable to start the long-awaited dialogue. Meanwhile, terrorist attacks have continued in KP and led to criticism that the provincial government is unable to protect the life and property of the people. The jailbreak in Dera Ismail Khan added to the government’s woes. There is a growing feeling in KP that the PTI should devote more attention to governance issues in the province and let the provincial government deliver on promises made by the party instead of getting bogged down in matters related to foreign policy. n