I first heard of Pursukoon Karachi when I received a Facebook invitation from one of the festival volunteers. It piqued my curiosity when volunteers constantly tweeted images of pictures and installations in progress until #PursukoonKarachi became a mini trend on Twitter. However, the question on everyone’s mind was: Would the event live up to its social media hype?

In two words: It did. 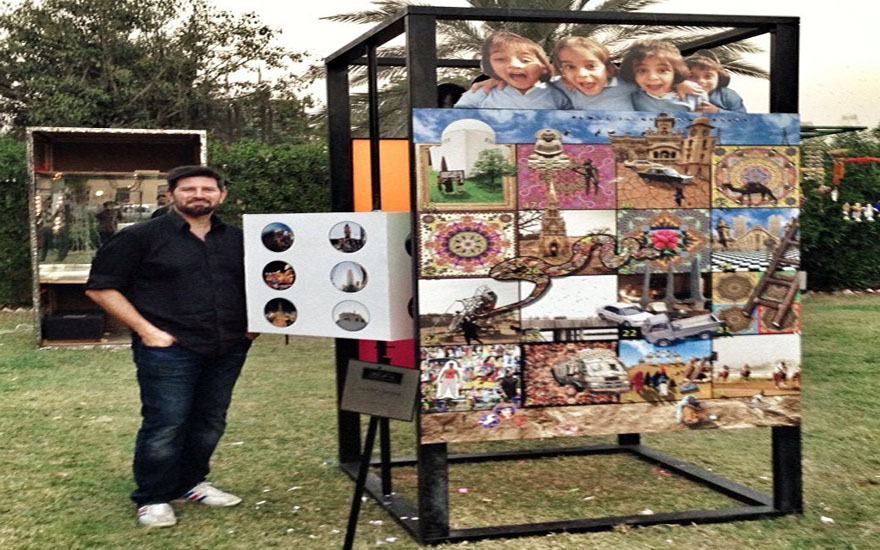 Anyone who attended Pursukoon bore witness to the fact that Karachiites did show up in large numbers to support the event and appreciate the artwork and the effort towards reclaiming the lost inner peace of the city that its residents crave, engulfed as they are by violence and hardship.

Of course, the curator of the event, Noorjehan Bilgrami, gave the event its initial boost, well known as she is amongst the community of artists and art buffs in Karachi.

Pursukoon Karachi, a Koel Gallery initiative, emerged from meetings held at the gallery focusing on city issues, with reference to rampant lawlessness and violence. A core group headed by Bilgrami gave it impetus, until a few months later, it sprawled over Karachi in three locations: the Karachi Arts Council, the Cantonment Railway Station and NAPA.

The Cantonment Railway Station was chosen as a place to start giving the neglected heritage buildings of the city some attention. In no time at all, the Station had been swept clean; the original stone at the entrance emerging from a layer of yellow paint, the untidy political posters and clutter disappeared, and seating areas emerged for the coolies and passengers.

It seemed, in fact, to be the star location of the festival. Documentaries played in the main hall of the station whilst everyone watched, from the coolies to the volunteers and visitors. The surreal experience of the floating photo exhibition on Platform 1 was a surprise twist. The platform was laced with photographs that hung above the benches as people sat below them, and the occasional stray dog walked by in the pleasant Karachi night. 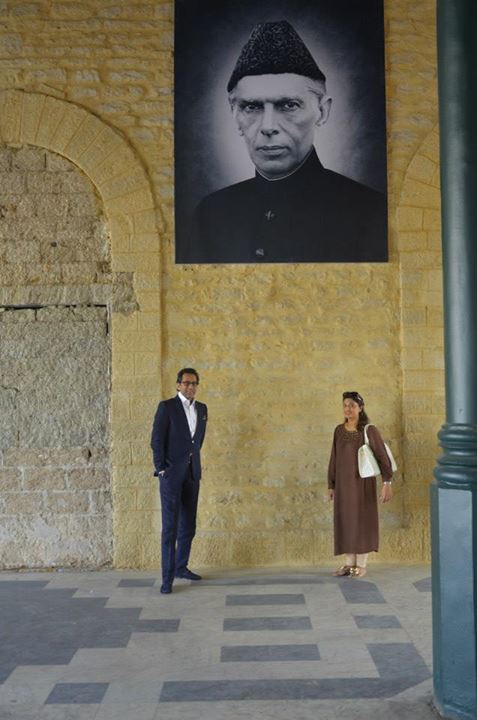 On the third and last day of the festival, however, visitors shuttling between the sites complained that the documentary show did not commence till late afternoon at the Station, so that some visitors missed out on this aspect of the festival.

Outside the Station, there were arts and crafts stalls, while a room adjacent to the main hall documented the restoration work, which was impressive.

The National Academy of Performing Arts (NAPA) was the venue for a variety of readings and performance-based events. My favourite at NAPA were the gardens of the Hindu Gymkhana transformed into a grass slate for artists who displayed their installations. Tapu Javeri’s 3D snakes and ladders game in truck art colours inspired glory as it stood by work such as Anum Jamal’s interpretation of the Mughal concept of Chaar Bagh. Another eye-catching installation was the family-tree decorated with celluloid pictures of Karachi that seemed to be deliberately created for Karachi Instagram moments, as it had a chair inviting people to sit besides it.

Across the road from NAPA, I was greeted by the sight of folk dancers swaying to the beat of the dhol. A man dressed in traditional garb moved graciously as audience members paid him tokens for a moment to take pictures with him. Like a true star, he obliged the onlookers by posing with extra zeal. 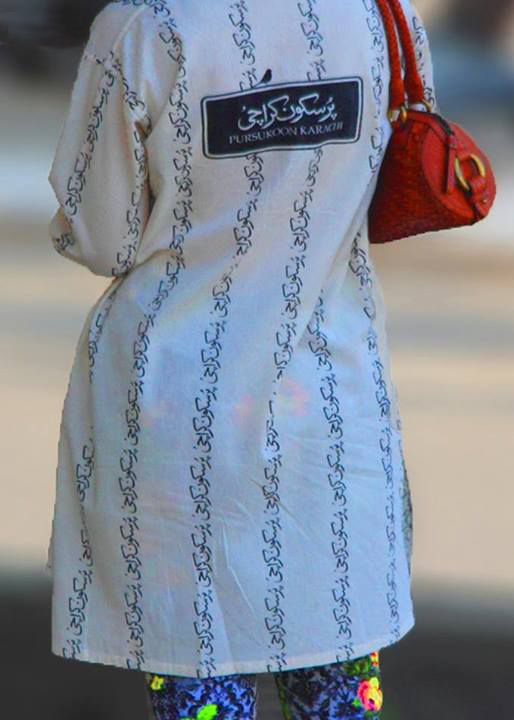 Moving away from the open air-show — which also had children enjoying interactive events — and up a flight of stairs was ‘Aihed Karo,’ work by 52 artists, meant to ‘ express their protest against violence.’ Gun installations, and a collaborative project where artists worked on a canvas printed with the image of a bullet, curated by Meher Afroze, produced an interesting body of work, but somehow missed the point that an anti-gun show, on some level, needs to show the consequences of gun violence.

It was, however, a reminder of the spectre of violence that hangs over the city and that had inspired the artists to come together in the first place. The attendance at the festival spoke volumes about not just the hard work of the organisers and volunteers, but about the thirst for peace and the need for moments of respite in the life of the strife-torn city.