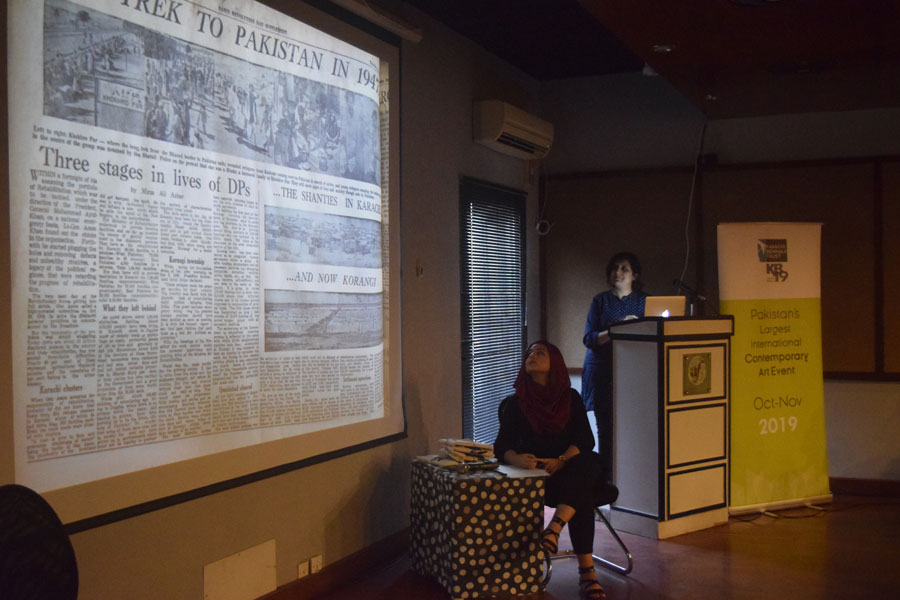 A chilly Karachi evening saw a diverse group of artists and art enthusiasts get together for the first of three scheduled roundtables leading up to the second Karachi Biennale in October, 2019. Held at the Alliance Française, the roundtable began with a short video highlighting the success of the first Biennale. The discussion was preceded by a short introductory speech by KB CEO Nillofur Farrukh, who lauded the evolution of art in the country, but alongside commented on the lack of growth of critical art discourse, highlighting that the material surrounding art discourse is both insufficient and inconsistent. The KB roundtables emerged out of a growing need for the discursive surrounding the issues that plague our society and the role of art in connecting people to the city. The aim of the roundtables is to bring practitioners from different principles together with artists to create a new dialogue that can be documented for researchers.

The first roundtable surrounding ‘Displacement and Social Ecology,’ began with artist Shahana Rajani presenting her work on the subject. The thoroughly insightful presentation detailed the history of displacement and its exclusionary nature, explaining how visual practices mediate our understanding of the city and the space we occupy. Rajani highlighted the constant merging of fact and fiction in practices relating to the visualisation of the city; she especially spoke about institutionalised opacity and of how maps are made to render certain communities and the violence surrounding their displacement completely invisible. Rajani’s presentation described the politics of displacement at the time of Partition, connecting it to current development work in the city, explaining how big developers have been party to pushing certain communities to the periphery of the city for monetary gain. One of the most fascinating aspects of the artist’s presentation was about her work surrounding the Quaid’s mausoleum. Once known as Quaidabad, the area was home to one of Karachi’s largest informal refugee settlements, housing over 500, 000 people, all of whom were strategically moved to the Korangi Township during General Ayub Khan’s military regime. Rajani pointed at the duality of the mausoleum, which paints a picture of freedom and of the nation’s aspirations but hides the ugly truth of violent displacement behind all its gloss. 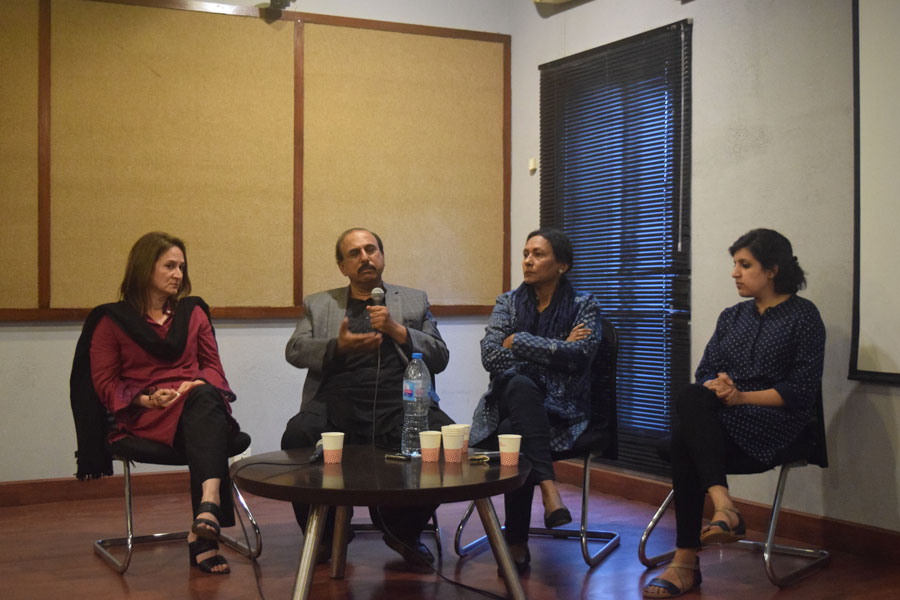 Following Rajani’s presentation, a panel comprising Aquila Ismail, author Of Martyrs and Marigolds and sister of the slain Parveen Rahman, Dr Gul Hassan Kalmati, historian and author of Karachi: Sindh ji Marui (The Marui of Sindh) and investigative journalist Naziha Syed Ali, discussed their own understanding of the issue and commented on Rajani’s work. As someone who grew up in East Pakistan, or what we now know as Bangladesh, Aquila Ismail drew parallels with her own experience of being evicted from her childhood home following growing tensions between East and West Pakistan. She also talked about her deceased sister Parveen Rahman’s work with the Orangi Pilot Project. Dr Kalmati’s comments were centred around the politics of displacement with regards to the Bahria Town and DHA City Projects in Karachi, which have either rendered people homeless or isolated them by building concrete walls around their goths. Naziha Syed Ali also built upon the comments of the other speakers, adding how military support has made real estate developers untouchable and how it affects various communities that occupy the space on the peripheries of the city. The two-hour long roundtable ended with a quick question/answer session with the audience where attendees gave their input and asked questions about the duplicity of mapping, the Supreme Court’s recent decision pertaining to Bahria Town and the housing shortage in Pakistan.