The last Sunday evening of January saw the launch of Dr Iftikhar Salauddin and Dr Naseem Salauddin’s book, If Stones Could Speak – Echoes from the Past at the beautifully lit Mohatta Palace. The city’s crème de la crème were in attendance to hear the couple regale them with stories of their travels across some of the most interesting parts of the globe. 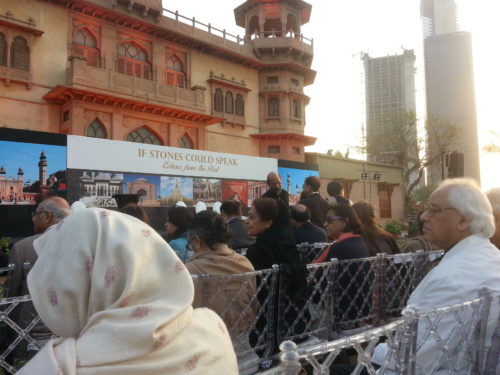 Four years in the making, If Stones Could Speak was a labour of love for this globetrotting couple who rank among the top in their respective medical fields. The proceeds from the sale of the book and the photographs that were exhibited at the venue are to be donated to the Behbud Association Karachi, a non-profit that works for the upliftment and empowerment of marginalised communities.

Introducing the book to the audience, Dr Naseem Salauddin, a specialist in infectious diseases at the Indus Hospital and a co-founder of the Citizen’s Education Development Foundation, spoke of how the book was born. One evening, four years ago, while poring over the photographs from their extensive travels, the couple realised that their numerous trips – which made for some adventure-filled bedtime stories for their progeny – would only become hazy recollections with the passage of time. Unless, they collated their treasure trove of photos in a book form, complete with all the interesting tales they had to tell. 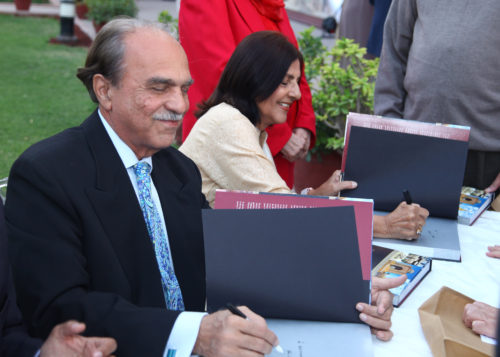 In Peru, they slipped and stumbled on their way up to Mount Machu Picchu, while braving rainstorm and mudslides to see the Lost city of the Incas. And in Nepal, their boat capsized while whitewater rafting but they were fortunate enough to be rescued by Gurkha soldiers, who were passing by in army trucks.

Also among the speakers at the Mohatta launch was Shamsh Kassim Lakha, who has had a long association with the couple. In the early 1980s, as founding President of the Aga Khan University, he had appointed the couple as AKU faculty members and was intrigued as to how they found the time to pursue their passion, despite their hectic schedules. “This book has enriched my understanding of the diversity of world cultures and the pluralistic settings in which many have flourished over the centuries,” said Lakha about the book. Renowned Urdu poet, Zehra Nigah also spoke on the occasion. The selection of Urdu poetry (that has been translated into English) to accompany the text in the book has been chosen by her. 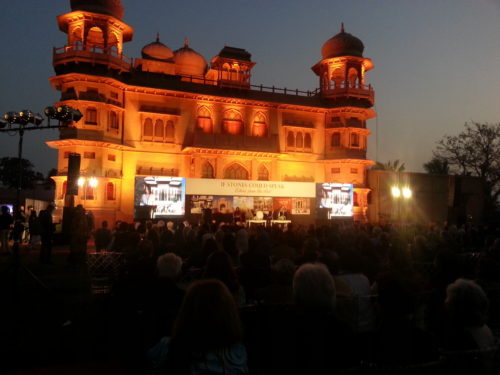 Sharing his breathtaking photographs in a slide presentation, Dr Iftikhar Salauddin, who is a leading ENT specialist and photographer extraordinaire, introduced each visual with an engaging narrative. His lens has captured the structures, as well as their vivid artistry and their history. Castles, palaces, mosques, monasteries, mausoleums, catacombs, pyramids and tombs of kings and queens, statues of and monuments to great scholars, leaders, poets, heroes and villains of the past – all make it to the pages of the voluminous tome.

“If stones could speak, they would not have wished for a better voice than Dr Iftikhar’s, to recount the stories embedded within them and in their shadows,” remarked Dr. Mahnaz Shah, the master of ceremonies for the evening. And she couldn’t have summed it up more succinctly.