I have known Parween Rehman all my life. Visits to the apartment where she lived with her parents were an essential part of my life when I was growing up. In every memory that I have of her, Parween is laughing her melodious laugh, much like the tinkling of the silver bangles she always wore. She exuded warmth and happiness. Always. The pleasure she took in small things was infectious. Every time we visited, she would lead us to her wonderfully overgrown garden and, with barely contained enthusiasm, point out the new plants she had acquired or show us the kittens her cats had just given birth to. Parween was an optimist — no matter how bad things in the country were, she would remain hopeful, convinced that by working together, lives could be improved.

After moving from Dhaka to Karachi with her family following the 1971 war, Parween studied architecture at the Dawood College of Engineering and Technology and subsequently got a job at a private architectural firm. She quit soon after, unable to reconcile the differences between the swanky, upscale buildings she was supposed to be designing and the poor districts of Karachi. “I was designing a hotel,” she said in Steve Inskeep’s book, Instant City.

“And I didn’t know what I was doing. I ran from the office without taking my pay.” She went to the renowned architect Arif Hasan for guidance and he suggested the Orangi Pilot Project (OPP), a brainchild of social development guru Akhtar Hameed Khan. It was at the OPP that Parween would spend the rest of her life, helping vast numbers of underprivileged people to lead dignified lives.

Akhtar Hameed Khan initiated the OPP in 1980 as a project which involved facilitating the residents of the squatter settlements of Orangi in a manner that they could solve their own sanitation problems. Orangi, a town situated on the periphery of Karachi, consists of a cluster katchi abadis and has a population of 1.2 million. The premise of the project was that since the government could not, or would not, provide basic sanitation and other facilities to these settlements, the residents had to be persuaded to undertake the responsibility of laying down sewerage lines themselves. One of the main principles of the OPP — which also distinguishes it from other NGOs — is that the communities which will benefit from these endeavours should finance the projects themselves, instead of getting funding from local or foreign donors. In order to make it affordable for the residents to be able to undertake such projects, the OPP came up with a low-cost sanitation model which has not only provided underground sewerage to almost all parts of Orangi and other areas of Karachi, but has also been replicated in many other parts of Pakistan as well as other developing countries. 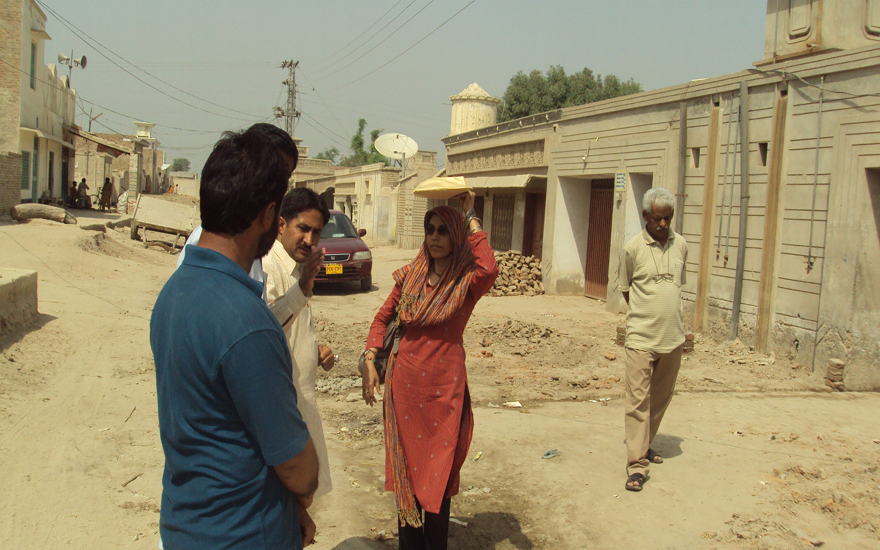 Under Parween’s leadership, the OPP-RTI had launched many programmes, including providing support for small schools, orchestrating savings groups among women of different communities, mapping low-income settlements and getting goths approved for land tenure. When I visited the OPP, it was clear that everyone was still reeling from the shock of her murder. 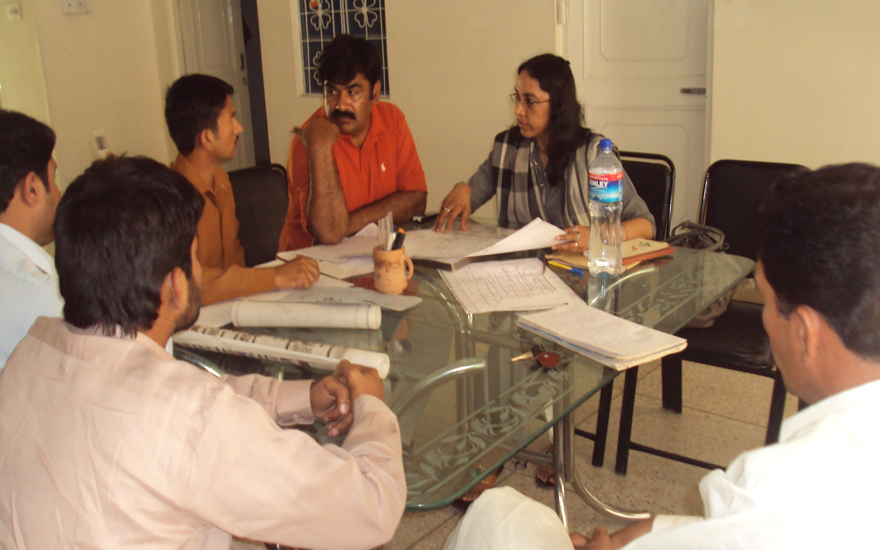 Due to the success of this initial project, the OPP was divided into three separate organisations in 1989. Parween became director of one of them, the OPP Research and Training Institute (OPP-RTI). The OPP-RTI mobilises the residents of squatter communities to construct basic systems of sewerage starting from their own homes and then to lay down sewerage lines in their own lanes. It provides them with all the technical knowledge — they are given design specifications which are adapted to the economic conditions of the users, instead of abstract designs which don’t take into account relative conditions of different settlements. Once the community residents have accomplished this (with their own money and under their own management), the OPP-RTI, armed with designs and estimates, lobbies the local government to lay down a major drainage pipe to which all these sewerage lanes can be connected and to construct a treatment plant at the end of each such sewer.

Under Parween’s leadership, the OPP-RTI had launched many other programmes, including providing support for small schools, orchestrating savings groups among women of different communities, mapping low-income settlements and getting goths approved for land tenure. When I visited the OPP, it was clear that everyone was still reeling from the shock of Parween’s murder. Rana Asif, a programme manager at the OPP-RTI, said, “There are no words to express our grief. Parween was like my older sister. She had made OPP like a second home for all of us. Just being around her would give us the strength and energy to continue with our work.” Everyone I talked to marvelled at her commitment and dedication to helping as many people as she could. “She implemented what we call a ‘zero zaya culture’ or no-wastage culture, where we were asked to keep office expenses to the bare minimum so that most of our funds could be spent in actually helping the people who needed it,” said Salma Meer, another programme manager. That she has helped transform the lives of countless people is evident. Mohammad Yaseen, an Orangi resident who has been working in the OPP for more than a decade, said, “I cannot even begin to tell you how much she has done for us. Every child in Orangi knows who Parween Rehman is and what she has done for us.”

Parween’s work, and that of the OPP, was made complicated and even dangerous by the political unrest and violence that often grips Karachi, and which is especially magnified in Orangi. However, despite the challenges, Parween remained undeterred, keeping a low profile and continuing her work. In 2012, in a radio interview with freelance journalist, Fahad Desmukh, Parween talked about the threats the OPP sometimes received. Her stance was clear: We will not stop our work, no matter what. “All you can do is kill us, yeah? What else can you do? So kill us. We’re not afraid of you,” she said.

When I went to the Visual Studies Department at Karachi University, where Parween used to teach a course on urban issues, her students were eager to talk about her. “From her very first class which we attended, we were mesmerised,” said Mir Raza Ali, a fourth year student, who was also present at the last lecture she gave a day before she was killed. Her students were drawn to the way she was open and truthful about issues people usually refrain from discussing. “People are not usually bold with the truth, but she spoke plainly about the issues, about everything from land-grabbers to the water mafia. She was never harsh, never angry. She was always soft-spoken. But the things she said carried so much weight. She made us think.” Whenever a class got cancelled due to political tension on the campus, Parween would invite the students over to her house instead. “We would all sit in a circle in her drawing room, discussing issues like equals.” Her students agree that her class was different from any other they had attended. Shehzadi Zoha Irshad said, “We discussed everything in her class, from poetry to urban planning. She was a passionate teacher, critiquing our work, but always finding something positive in everything we did.” 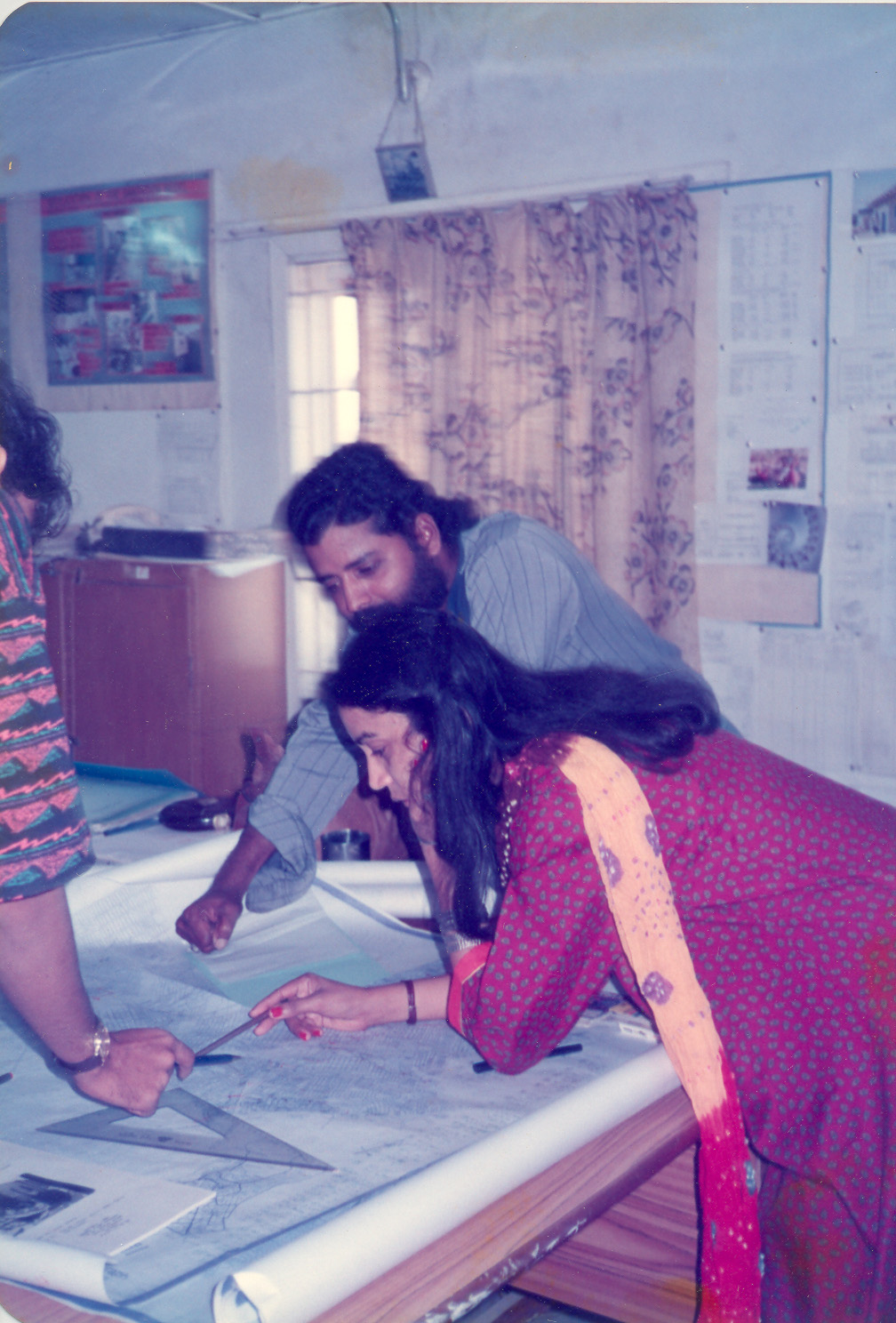 In 2012, in a radio interview with journalist, Fahad Desmukh, Parween talked about the threats the OPP sometimes received. Her stance was clear: We will not stop our work, no matter what. “All you can do is kill us, yeah? What else can you do? So kill us. We’re not afraid of you,” she said.

To gain a better understanding of the urban theories she was not only teaching but putting into practice as well, Parween used to take her students to OPP and various goths around the city for their assignments and to document land ownership. “It was a real eye-opener,” explained Arsalan Illyas. “You think you know what it’s like, but it is a completely different experience when you go to these places and witness things up close.” These trips to Karachi’s goths not only made her students comprehend the importance of her work, but also made them realise how much people in those communities revered her. “It is not so easy, going to goths. People don’t welcome outsiders and it can be dangerous,” Arsalan explained. “But we only had to say, ‘Parween Rehman has sent us,’ and the elders would welcome us with open arms.” People would become cooperative, taking responsibility for their safety and facilitating them in the surveys they conducted. 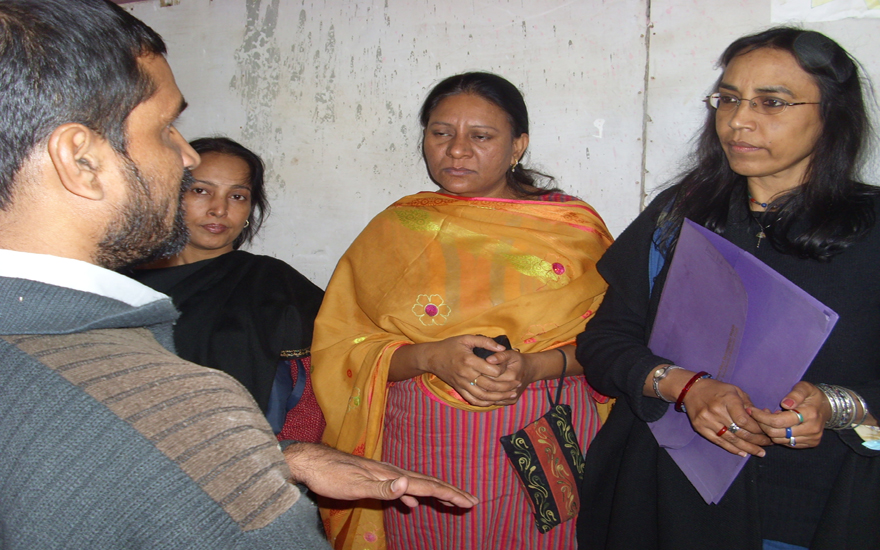 Parween’s students are as understandably devastated by her death as is everyone else who knew her.
They cannot understand why someone would pull the trigger on a person as extraordinary and as selfless as Parween Rehman. In her death, Pakistan has lost a true daughter of the soil, who wanted to pull the down-trodden of this country from the depths of despair and bring some sunshine in their dreary, desolate lives. And now that ray of sunshine is gone.