On a pleasant March Sunday in Benoni, Pakistan squandered a perfect opportunity to create One-day International history. With the five-match series tied at 2-2 ahead of the finale, Misbah and Co. could have become the first Pakistani team to conquer South Africa in a bilateral ODI series.

There were so many factors which could have helped Pakistan achieve what would have been a confidence-boosting victory at the end of what was a largely frustrating tour of South Africa.

The wicket at Willowmoore Park was pretty tricky and its uneven bounce offered substantial assistance to Pakistan’s spin arsenal of Saeed Ajmal, Shahid Afridi and Mohammad Hafeez. The South African batting, apart from skipper AB de Villiers and Hashim Amla, lacked experience — a rare chink in the Proteas’ armour that should have been exploited by the tourists. Misbah even won the toss and knew that a score of about 250 by his batters would have been enough to seal the series in Pakistan’s favour. But Misbah must have also been aware of the fact that Pakistan had not won a deciding game in an ODI series in 11 years.

A fragile batting line-up, together with a below-par fielding effort ensured that Pakistan would end their two-month-long South African safari on a losing note.

It shouldn’t have ended that way.

While the 3-0 whitewash inflicted on them by the Proteas in the Test series during the first half of the tour was understandable considering the vast difference between the two line-ups, Pakistan’s ODI defeat was unacceptable. On paper, Pakistan is a better one-day side than South Africa. The Proteas may be regarded among the best when it comes to Tests, but their limited-overs squad is still a work in progress. In contrast, Pakistan almost took their best possible squad to South Africa for the T20 and ODI matches. Unfortunately, the team punched below its weight and failed to achieve the desired results.

The Benoni defeat came just a day before Pakistan celebrated the 21st anniversary of its memorable World Cup triumph. Under Imran Khan, Pakistan came back from the dead to clinch what is still their only 50-over World Cup crown. The stunning title-winning triumph came on March 25, 1992 in Melbourne where Pakistan tamed the English Lions to win the title.

Two years from now, Pakistan would once again be heading Down Under to launch their World Cup 2015 campaign. To be hosted jointly by Australia and New Zealand, World Cup 2015 is Pakistan’s single biggest ODI target. Unfortunately, while most other title contenders, like defending champions India, have already started taking steps to rebuild their teams with an eye on the World Cup, Pakistan is yet to follow suit. Two years may sound like a long time but it may be insufficient when it comes to preparations for a major event like the World Cup. That’s precisely the reason why Pakistan should not waste any more time. What the team needs is a thorough shake-up. Pakistan’s next one-day stop would be England this June, where the target would be to win the elusive Champions Trophy.

Pakistan have almost always done poorly in this tournament but the team would be looking to break the jinx in England where it won the Twenty20 World Cup four years ago. It would be Pakistan’s last chance to win the Champions Trophy as the 2013 event would be the last edition of this tournament. A title-winning triumph would serve as an excellent launch pad for Pakistan in the lead up to World Cup 2015. It would also end a spate of semi-final defeats for Pakistan, who have failed to reach the final of a world event since their 2009 World Twenty20 triumph.

However, on current form Pakistan is unlikely to win the Champions Trophy. It was evident during the tour of South Africa that the team lacks several basic ingredients that are needed in a team which wants to become world champion. 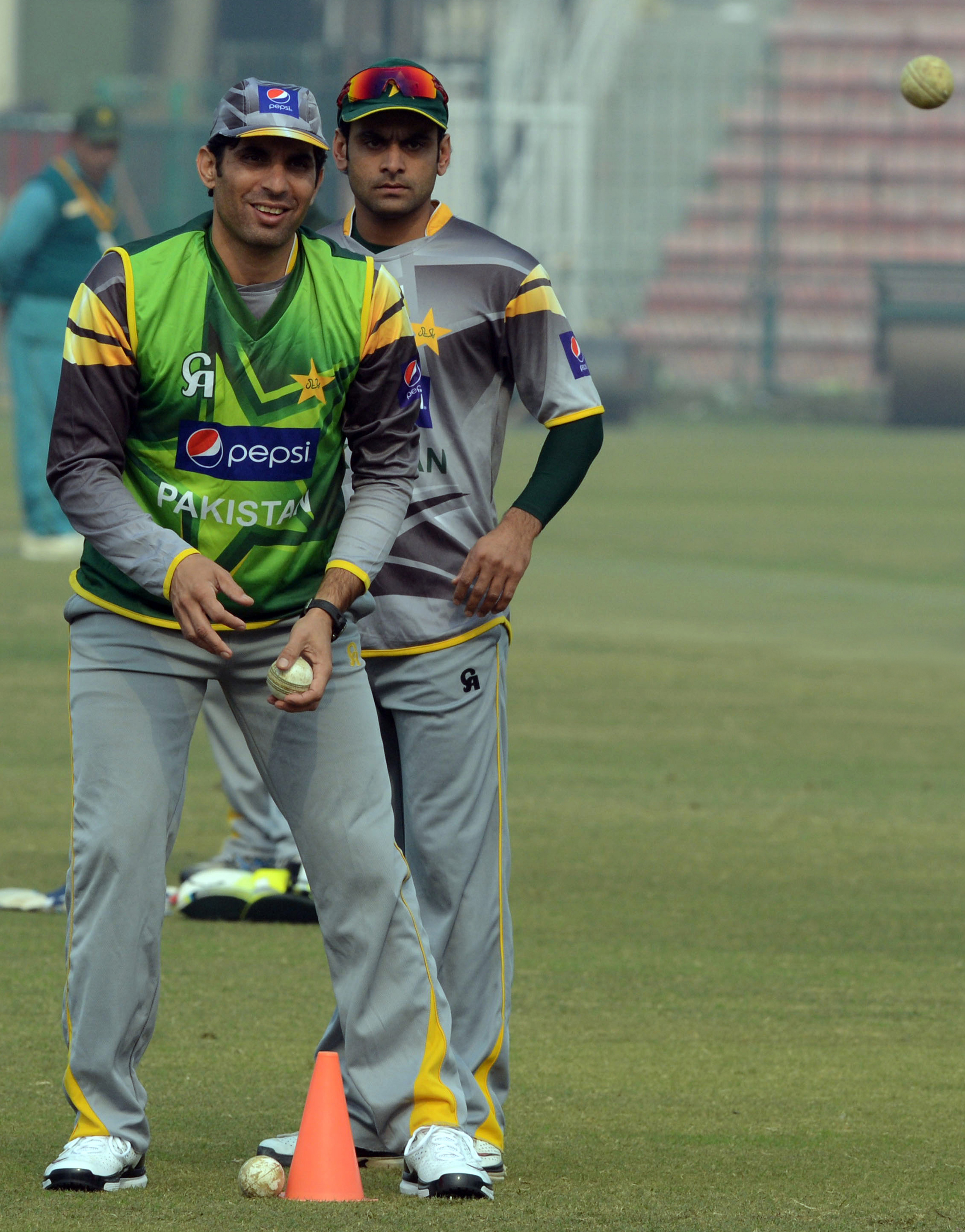 Misbah and Hafeez: Disagreement in the ranks.

It is pretty clear that the team lacks balance. Its batsmen are not scoring enough runs while the bowling attack, too, is far from being complete. Both as captain and the team’s senior batsman, Misbah-ul-Haq is trying to a do a decent job. But a whispering campaign which suggests that all is not well between him and his deputy — Mohammad Hafeez — aren’t helping the team’s cause. Pakistan cricket’s decision-makers will have to reach the root of the problem to make sure that there is no infighting within the team. The last thing that Pakistan needs at this point in time is a fragmented squad.

It is pretty clear that the team lacks balance. Its batsmen are not scoring enough runs while the bowling attack, too, is far from being complete. Both as captain and the team’s senior batsman, Misbah-ul-Haq is trying to a do a decent job. But a whispering campaign which suggests that all is not well between him and his deputy — Mohammad Hafeez — aren’t helping the team’s cause. Pakistan cricket’s decision-makers will have to reach the root of the problem to make sure that there is no infighting within the team. The last thing that Pakistan needs at this point in time is a fragmented squad.

The future of senior players like former captains Shahid Afridi, Younis Khan and Shoaib Malik also hangs in the balance. The trio were unable to impress much during the best part of the limited-overs series against South Africa and that must be a big cause of concern for the national team management and the Pakistan Cricket Board (PCB). Pakistan can overlook the three for the Champions Trophy assignment but only if they can come up with able replacements. Otherwise shedding their vast experience could backfire, especially for a challenging assignment like the Champions Trophy.

In a nutshell, it’s time for Pakistan to rethink its strategy. A series of key decisions have to be taken in the lead up to the Champions Trophy. Whether our cricket chiefs are up to the task remains to be seen.