Beauty is unbearable, drives us to despair, offering us for a minute the glimpse of an eternity that we should like to stretch out over the whole of time.” — Albert Camus 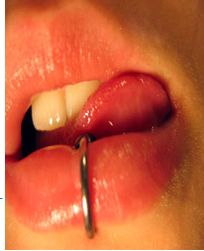 Lying in the eye of the beholder, beauty, or rather youth, is like morning dew — effervescent and fleeting. Since time immemorial, societies have deified the beautiful, causing adherents to the beauty cult (for it is indeed just that) to mutilate themselves in ways we of the twenty-first century would consider barbarous. Chinese women hacked off their toes and filed their heels, little girls’ feet being bound so they would remain tiny even when the girl became a woman. The resulting inability to walk was seen as a sign of the man’s socio-economic power, the creation of the ultimate trophy wife, pretty and immobile. Women in the west squeezed into corsets which restricted breathing and moulded their ribs in a manner which enhanced their bosoms and hips — artificially creating the hourglass figure so in vogue. Thanks to modern science, we have, now, largely dispensed with such painstaking fashions. Why bother with a corset when breast implants will give you the deep dÃ©colletage that remains consistently in style — Twiggy of the no-chest notwithstanding.

Plastic surgery as we know it today has its advent in the disease-ridden trenches of World War I, when early reconstructive surgeons sought to make a generation of maimed young soldiers whole again. Fast forward to the next century and this medical response to warfare finds itself a commercial tool, a new beauty aid for a youth-obsessed society where vast numbers are willing, nay, eager, to go under the surgeon’s knife to make their skin-deep dreams come true. The cosmetic surgery trend has not surpassed Pakistan. Bombarded with a plethora of plastic-surgery related reality shows and other media images of slim, tall, nubile young females, an increasing number of upwardly mobile and globally attuned Pakistanis are electing cosmetic surgery to improve upon or delay the course of Mother Nature.

In our wants-driven society, nearly anything can be had for the right price — liposuction, tummy tucks, rhinoplasties (nose jobs), Botox and other fillers (for wrinkles), breast augmentation, otoplasty (pinning back the ears), forehead lifts and facelifts being but a few of the services plastic surgeons and cosmetologists offer their beauty-seeking clientele. Once considered the preserve of vain movie stars, preening models and self-absorbed socialites, the rising popularity and relatively easy accessibility of cosmetic surgery in Pakistan attests to its democratisation in a society not known for people power. Filtering down the social strata, anyone with enough money and vanity can now attain beauty. 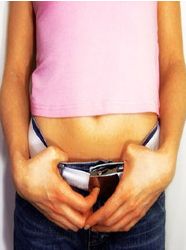 Plastic surgeons cut their teeth reconstructing features and body parts ravaged by disease or accidents, and many are slow to foray into the murky waters of cosmetic surgery. However, the lure of cosmetic surgery cannot be resisted forever — like the buxom sirens of Pakistani films, it calls to them. A host of accredited plastic surgeons (numbering about 60 in the country) and belonging to the Pakistan Association of Plastic Surgeons, doctors from affiliated fields, and also practitioners without board certification, have sprung up to meet the rising consumer demands of the patient. Hooked nose? Sixty odd minutes with plastic surgeons Dr. Mabroor Bhatty or Dr. Tahir Shafi Khan will give you the bewitching sniffer you always desired. A flat tummy can be yours (albeit temporarily) with liposuction. Thin lips? No problem, collagen injections will fill that pucker up to Angelina Jolie-size proportions if it’s what you fancy. Cosmetic and/or surgical enhancement, sought by a large number of young 20-somethings prior to their weddings, seem to be part of the new must-have jahez. Men, no strangers to the cosmetic field themselves, are supportive of their partners, often accompanying them to the surgeon’s office. Wrinkles can be reduced and, gasp! even made to disappear with what is popularly seen as a wave of the surgeon’s wand or with newer technologies that don’t necessitate going under the knife. Dermatologist Dr. Afzal Lodhi, Karachi’s Dr. 90210 minus the scalpel, is a firm believer in the latter. Using fairly new laser technology, he offers the non-surgical equivalent of a face-lift, as well as other procedures which recreate the taut skin of youth.

Beauty, however, comes at a hefty price. Liposuction, the most requested surgical procedure by far, costs between 50,000-60,000 rupees for one area. A new nose can be had for 50,000 rupees and tummy tucks will set you back by 100,000 rupees. Face-lifts, at 70-100,000 rupees, are far less common than one would think, and are usually reserved for those in their late 50s and 60s. Botox and collagen, the wunderkids of the cosmetic industry, have, Dr. Bhatty says, “allowed doctors to considerably delay the wrinkling process, pushing up the age at which clients seek surgery by 10 years.” Requiring two to three injections annually, Botox treatment costs between 14-16,000 rupees a sitting. Having fewer side-effects, and less apparent than surgery, more people (provided they can afford it) are opting for non-invasive procedures using Botox, collagen and laser treatment. While treatments requiring multiple visits (such as Botox or collagen) remain the domain of the elite, many people from middle to lower income groups save money to buy the pert nose, perky breasts, or flawless skin of their dreams — a one-time cost that considerably lifts self-esteem.

Psychiatrists such as Dr. Shifa Naeem warn that cosmetic surgery does not address the root of the problem, “feeding instead into this unhealthy obsession with the superficial.” Surgeons, however, beg to differ. Dr. Shafi points out that “therapy will not get rid of a hump on the nose.” Sounding much like a psychiatrist himself, he argues that “a large majority of patients are unhappy and their problems can be solved” — psychotherapy with a scalpel? 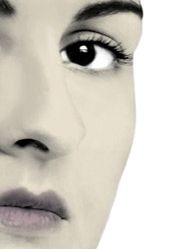 Rather than working towards changing women’s negative self-image, a patriarchal society is telling women that to be beautiful they must conform to the masculine ideal of female beauty — young, curvy and slim, with round eyes, button noses, pouty lips and clear skin. It is interesting to note that most, if not all, the plastic surgeons within (and without) Pakistan are male — women submitting to the capable hands of men who cut them with knives to make their bodies beautiful. Drawn to the “sophisticated challenge of getting rid of a superfluous deformity,” Dr. Shafi emphasises the importance of defining one’s parameters — marking out what you are and are not willing to do. Wary of pandering to a society that demands a quick fix, Dr. Shafi stresses that he is, “inherently, not a beautician.”

Social historian Christopher Lach profers that we live in a “culture of narcissism,” which drives us to remain young, or at least young-looking, well into our twilight years. To edit John Keats, “youth is beauty, beauty youth”, which would explain the proliferation of anti-aging procedures. “Society,” says Dr. Naeem, “is becoming far less tolerant of aging. People need to look at life cycles in a more healthy manner and accept aging.” Designer Maheen Khan, open about her medically-assisted appearance, counters that it is “not about fighting age, but helping it.” Pointing to changing conceptions of aging gracefully, Dr. Bhatti agrees with this assessment, maintaining there’s no harm “if a minor adjustment can make you look better… it doesn’t take away the gracefulness of aging.” Chanting the “my body, my choice” mantra, many women consider cosmetic procedures to be highly feminist. Asserting control over their bodies and consequently their femininity, they view the body as a project which can be constantly worked upon and improved in accordance with their own ideas of what is attractive. Since self-perception and awareness of beauty are created by interaction with the outside world, this approach remains problematic. Unless one is a hermit, it is virtually impossible to ignore popular culture with its pervasive concepts of beauty and femininity. Women who see surgery as empowering may be choosing it for themselves, but they are, at some level, influenced by the outside and therefore patriarchal world.

Michel Foucault’s theory of control and discipline best illustrates the relationship between the body and power. Governed and, to a large part, created by patriarchal discourse, the idealised female form ensures the disappearance of the body as a biological entity. This is most clearly evinced in the media’s requisite money shots, where only breasts, lips or eyes are shown, thereby breaking female bodies into highly sexualised fragments. Absorbing images of such artificial perfection, adolescent girls’ self worth plummets and, as 21-year-old student Naveen Farrukh articulates, “you have to strive for the best you can be in your own mind.” Often, it is tackling the beast of beauty lurking within the mind which proves difficult. If, however, there is no discernible physical ‘abnormality’, surgeons are loathe to operate, suggesting alternate treatment if a patient insists on surgery. Though admittedly few and far between, both Dr. Bhatty and Dr. Shafi profess to having refused such patients, referring them instead to a therapist. Dr. Lodhi prefers to use gentle dissuasion on insistent clients, and though he believes that “over-correction should be avoided,” nonetheless acquiesces to directives when “patients demand it.”

Non-invasive “lunch time procedures”, and day long surgeries, offering a quick fix to one’s beauty ills, are gaining popularity, but the stigma attached to cosmetic procedures remains largely intact. Few Pakistani women admit to seeking medical aid to beautify themselves, even if they are visibly undergoing some sort of reverse aging. Discretion and beauty are a woman’s prerogatives, and if Mother Nature has not endowed perfection, it can be bought. However, in our world of ethno-racial hybrids, concepts of what constitutes beauty and perfection, change constantly. In an age when pink is the new red and 30 the new 40, the sky really is the limit.

With bodies as malleable as marble in Michelangelo’s expert hands, we cannot, alas, remain beautiful forever. The pursuit of the elixir of youth proves ultimately to be futile, the surgeon’s knife can prolong merely the illusion of youth.