Acclaimed Bangladeshi artist Jamal Ahmed exhibited in Islamabad at a special solo show arranged at the Tanzara Art Gallery in February. Ahmed is an internationally recognised name known for his portraits and landscapes, a depiction of an intrinsic Bangladeshi sensibility as seen in his fine riverscapes and portraits of a rural people, as well as greats of the nation, Sheikh Mujibur Rahman and Rabindranath Tagore. Pigeons also feature vastly in his repertoire. In the collection of over 30 paintings exhibited in Islamabad, all of which were sold out, a cluster of captivating pigeons was one of the highest priced. Jamal doesn’t restrict himself to a single medium; his skill ranges from oils and acrylics to water colours, pencil, charcoal, pastels on diverse receptacles such as paper, boards and canvas. While his medium is diverse, his world-view encompasses responsiveness to the varied canvas of the human condition. Jamal Ahmed’s repertoire includes a wide range of subjects: mother and child, dusky, sensuous nudes, pavement-dwellers and fakirs, elegant portraiture of renowned persons and his perception of nature which depicts a gentle and reflective environment, capturing the poignant softness of the scenic Bangladeshi landscape. 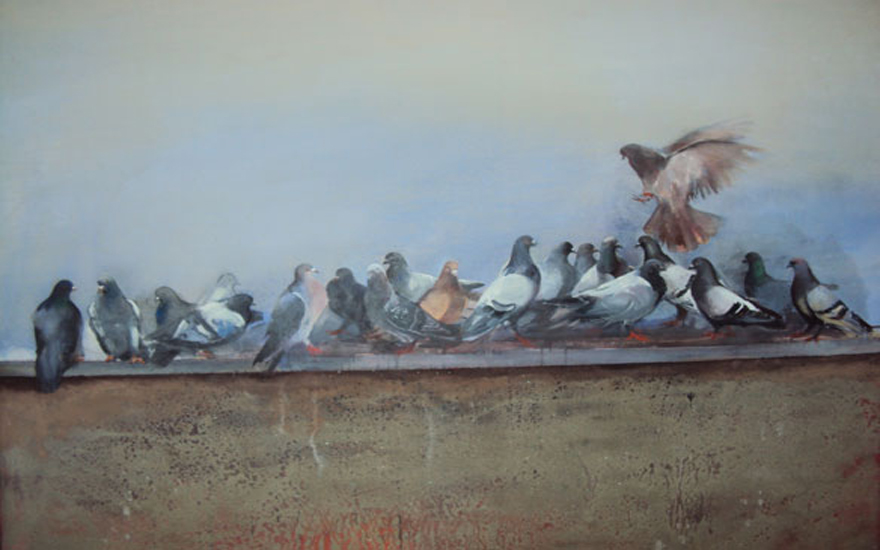 This article was originally published in the March 2012 issue of Newsline under the headline “Poignant Hues.”