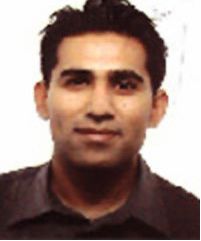 Any self-respecting Pakistani would scoff at the idea of running, walking or even standing in the searing heat of the Sahara. Why abandon the comfort of home or a luxurious resort to brave the dunes and valleys of the desert? For some, a good cause is reason enough.

Saqib Khan — who works as a fundraiser for the British Refugee Council — has signed up for the gruelling 250km-long, seven-day Marathon des Sables across the Sahara Desert. The marathon is a test not only of physical but also mental and emotional strength. But Saqib is ready — even eager — to rise to the challenge. “I ran the London Marathon last year,” he says proudly, but admits that crossing the finish line was quite anti-climatic. Ever since then, he has been raring to test the limits of his endurance. Participants in the marathon must carry supplies weighing upto 15kg — clothing, food, cooking equipment, medical kit and a sleeping bag for the entire trip. And although water will be provided at various checkpoints, it will be strictly rationed. Starting in the middle of the Sahara, the race ends in the Moroccan town of Tazzerine and will take place in April.

For Saqib, the race is more than a test of endurance. He is a man with a mission: his race will raise three million rupees for the Pakistan-based Citizens’ Foundation (TCF) — enough to build a school for underprivileged children. It’s a cause close to Saqib’s heart and one for which he is prepared to run the equivalent of six back-to-back marathons, in what is arguably the “world’s toughest footrace.”

Those who can’t brave the Sahara, should let their wallets do the walking and sponsor Saqib and his cause.