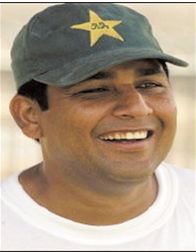 When it comes to a full-fledged Pakistan-India cricket series, do believe the hype. Here, at least, the picture painted by the media doesn’t lie. The Pakistan-India clash on a cricket field generates almost as much interest in the subcontinent as the cricket World Cup itself. The forthcoming series between two of the cricket world’s greatest rivals starting in March may be taking place at a time when peace is the buzzword in the region, but ask the players and officials from both the teams and they will tell you: there will be no mercy.

Nor could it be any other way. Fans from either side of the border may be among the millions of people hoping and praying for peace but when it comes to cricket battles between the two sides, they will be as unforgiving as they have been in the past.

The eagerly anticipated series, India’s first tour to Pakistan in almost 15 years, includes three Test matches and five One-Day Internationals. Its timing could not be better; both Pakistani and Indian teams have made great strides in recent months.

Pakistan have finally emerged from the debris of the 2003 World Cup disaster and are making good progress. But the Indians are soaring even higher; they have managed to capitalise on a successful World Cup and are already being rated by many as the second best team in the world after the mighty Australians.

While the actual matches are still weeks away, the ground-breaking series is already at the centre of media attention for one reason or the other. The Pakistan Cricket Board — the organisers of the series — has three main tasks lying ahead: to ensure that the national team gives a good performance, that the matches rake in the maximum possible profit and boost its fast-shrinking bank balance, and that no untoward incident mars the proceedings.

The series, seen by many as a gold-mine for the PCB, is also a potential minefield. With great profits come great risks. The financial windfall from the series is expected to be enormous. Experts estimate that PCB alone will earn 30 million dollars in profit through broadcast and sponsorship rights. But the PCB should begin calculating the monetary rewards only after the series has been played out without any security problems.

Security for the Indian team is already the biggest issue for the tourists as well as the organisers of the series. A whispering campaign is afoot asking how safe, in these uncertain times, will the Indian players be in Pakistan.

There have been reports in the Indian media that their national players are seeking assurances from the Indian cricket board (BCCI) regarding their personal security before making a commitment to tour Pakistan. Unnamed Indian players have also been quoted as complaining that the Indian officials are focusing on the projected profits from the tour rather than the players’ safety. Pakistani officials have offered solid assurances to allay security concerns by announcing that the Indian team will be provided “presidential-level” security throughout their stay in Pakistan. However, skeptics may argue that, in a country whose President narrowly escaped two assassination attempts within as many weeks last December, there can be no guarantees.

The Indian board, though convinced that Pakistan will ensure their team gets a fool-proof security cover, also announced they would send a special team to oversee the security arrangments for the historic series.

While cricket fans in the other major centres of the country will get the opportunity to watch Tests and one-dayers between the two rivals during March-April this year, Karachi has, once again, been left out in the cold. The PCB has agreed, reportedly at India’s behest, to drop Karachi from the itinerary, according to which the tour was to start in Karachi with a three-day side match followed by the first Test.

While officials of the two boards are busy sorting out security issues and signing lucrative contracts for broadcast and sponsorship rights, the players are also getting ready for the series. The Pakistan team has returned home from New Zealand, where it won the three Test match series 1-0 but was thrashed 4-1 by the Kiwis in the one-dayers. The PCB has confirmed the experienced Inzamamul Haq as Pakistan’s captain for 2004. By taking this decision well ahead of the home series against India, the PCB has made sure that no struggle over captaincy, as suggested in recent media reports, materialises. This should go a long way towards stabilising the team that has, in the past, been rocked by power struggles and infighting between the players.

Inzamam, who has played 91 Tests and scored 6,680 runs at an average of 49.85, was appointed skipper last September after Rashid Latif stepped down because of personal reasons.

Much will depend on Inzamam as he must not only inspire the team as captain but, as Pakistan’s most experienced batsman, he will also be needed to bolster the home side’s unreliable batting line-up. However, the key to success for the hosts lies in their pace battery. With the world’s deadliest fast bowler, Shoaib Akhtar, in the side, Pakistan can put to test the claims that the Indian batting is one of the best in the world.

Even after the exit of the deadly duo of Wasim Akram and Waqar Younis, Pakistan continues to boast a strong fast bowling department spearheaded by Shoaib. Then there are Mohammad Sami and Shabbir Ahmed who can make life difficult for the touring batsmen.

A battle within the battle during the series will be between the world’s fastest bowler and the world’s best batsman. It will be interesting to see how Shoaib fares against the great Sachin Tendulkar. Tendulkar made his debut as an unassuming teenager in 1989 when India last toured Pakistan but has since grown into one of the most successful batsmen ever in both Test and one-day matches. All in all, it promises to be the mother of all battles.