Nothing shocks, surprises and causes a riot more than viral videos. Shared, tweeted and liked multiple times, here are the videos that had us glued to our phones in 2015.

When guilty-pleasure phenomenon, Fifty Shades of Grey hit worldwide screens on February 14, 2015 (obviously not in Pakistan because the banner of faith and fatwas flies high), stand-up comedian, Shehzad Ghias decided to produce a parody of it: What would Fifty Shades be like in Pakistan? The results are…singular. 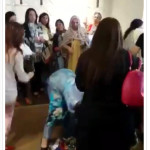 Clothes Encounters of the Crazy Kind

For the first time ever, Pakistan witnessed what Americans see every year: Black Friday brawls. A video from a Sapphire outlet in Lahore showed women scrambling and fighting over shirts, fists et al, in a classic battle of survival of the (out)fittest. Such scenes were also witnessed in other outlets in other cities. 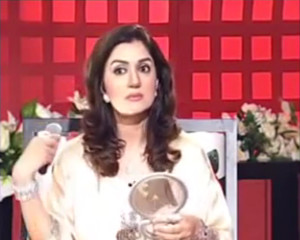 Sometimes show hosts forget that they are, you know, on camera. So when a video of the generally well-thought of, seemingly gentle host of a morning TV talk show host, Ayesha Sana appeared on Daily Motion, it instantly went viral. For there was the ‘lady’ screaming at the crew that “Mujhe pata hai meri shakal kaisi hai! Aap meray mun na lagain!” because the lighting wasn’t to her taste and made her appear, she said, dark and unloved.

And what list of viral videos would be complete without the infamous Meera? The queen of corn, after refusing to disembark from her car, lashed out at and clawed a member of Nadia Khan’s team and cancelled her scheduled appearance on the show. Khan then proceeded to go into the “psychology” of Meera on her show, while another clip showed a presumably hungover Meera, slumped on a sofa as an assistant brushed her hair aside and soothed her. Oh well, Meera, what doesn’t kill you makes you viral.