As with everything else in the country, sports in Pakistan is intricately bound to politics. Consider two of the biggest stories to come out of the only sport for which Pakistan is still known internationally: cricket. The return of international cricket to the country for the first time since the attack on the Sri Lankan team in Lahore in 2009 and the will-they-won’t-they-dance over playing India.

Zimbabwe, third-tier cricketing nation that they may be, provided some of the most heart-warming images of the year in sports, when they agreed to visit the country for a series of T20 internationals. No one cared for the results (for the record, Pakistan won); all that mattered was that a generation of fans, who never thought they would get to see their heroes on the biggest stage, finally had the opportunity to do so. The change may be fleeting since no other country seems likely to follow the Zimbabweans but, finally, Pakistanis got to experience the rare emotion known as hope.

If the Zimbabwe series was a triumph of optimism, the rest of the sporting year allowed us to maintain our usual 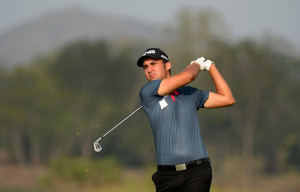 cynical demeanour. Yet another year went by where we were promised a bilateral series with India; for yet another year we were kept waiting. The election of quasi-fascist Narendra Modi in India, plus the desire of the most powerful cricket board in the world to hoard as much revenue as it can, led India to refuse to play us at our home-away-from-home in the UAE.

The one time India could not refuse to rub shoulders with Pakistanis — at the World Cup — was a total disaster as we were comprehensively thrashed. We seem to now have accepted our lower status in the game and are happy enough just to have qualified to the knock-out stage and lost respectably to eventual champions, Australia.

There some notable successes on the field, particularly at the Test level. The tireless Younis Khan became the country’s highest runscorer and Yasser Shah has now become one of the best bowlers in the world. Misbah-ul-Haq has definitely refused to age and a series win over England, even if blander than the highly-charged victories of the past, should never be scoffed at. For a brief period we were even the second ranked Test team in the world. 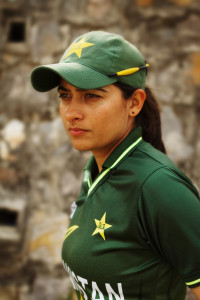 barely anything to experience at all. It may still be our national sport but we are an international non-entity. Having missed out on qualifying for the World Cup last year, we made 2015 unique by failing to make it to the Olympics for the first time ever. The carnival in Rio next year will have to go on without us.

Any solace to be found outside of cricket is mainly due to the work of a few individuals operating outside the rotten edifice that is sports governance in this country. Golfer Hamza Amin, the son of the country’s best-ever amateur golfer Taimur Hassan, made it to the Australian Masters, a tournament featuring major winners Jordan Speith, Adam Scott and Darren Clarke. Amin did not make the cut in the tournament and is yet to break the world’s top 1000 ranking but golf is not a sport traditionally associated with Pakistan and his emergence shows that diversifying from cricket may be possible. 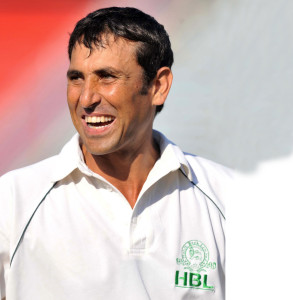 The women’s cricket team, without any of the institutional and public support received by their male counterparts, had another solid year, led by the inspirational Sana Mir. There were series wins over Sri Lanka and Bangladesh in ODIs and South Africa in T20s. That Bangladesh came to Karachi to play their series was another sign of progress. We may still be a ways from the likes of England and Australia but, then, the same could be said of the men too.

The less said about squash the better. The highest ranked woman is Maria Wazir, a heroic figure from South Waziristan at 47, and Nasir Iqbal at 39 is the flagbearer for the men.

Here’s a good way to gauge the dismal state of sports in the country: the much-maligned PCB, hardly a good example of governance, is the only sports body in Pakistan that is run professionally and capable of generating revenue. For too long, we have relied on talent and energy. That is no longer good enough.