Dr Asim Hussain — the hapless figure at the centre of the row between the Sindh government and the Rangers, for which read also the army – may be any number of things, but a terror financier, abettor of high-end crime? One never knows, but it requires a leap of faith to believe this.

Anyhow, the way this row has developed and the way the two parties — the PPP and the Rangers — have taken up positions on it, gives the impression that not Dr Asim but Al Capone or, since we live in a different era, someone like the Sheikh of them all, Osama bin Laden, is on trial.

Not many people can lay claim to knowing all the facts. Facts at any rate are taking a back seat to the battle of egos this has become. Dr Asim is close, very close, to Asif Ali Zardari. So laying hands on him amounts to touching the PPP supremo in a sensitive spot. No wonder the PPP is spinning it as a tale of victimisation and of provincial rights, Dr Asim himself saying that he has become a pawn in a larger game…by which he means that this is really between the army and Zardari and he has been caught in the crossfire.

Zardari, remember, was so upset by Asim Hussain’s arrest at the hands of the Rangers that losing his customary cool, he blurted out words that he may have had cause to regret later. They were directed at the army. Don’t push us, he said, or we will close down the country from Khyber to Karachi — an empty boast, because in its current state the PPP would be hard put to shut down Larkana, let alone anything else.

He also came out with the famous warning that “hum eent se eent baja den ge (we will fix you).” No sooner was this delivered than he thought it best to leave for Dubai, first port of call for Pakistani leaders in distress. He is now shadow-boxing from there. The entire Sindh cabinet has flown out to Dubai to meet with him more than once.

This face-off is proving to be a costly distraction in more ways than one. To begin with, it is obscuring the larger picture. The Karachi operation has been a resounding success…this is acknowledged pretty much across the board — by traders, business leaders and ordinary citizens. Much of the fear with which the city lived has gone. The atmosphere is lighter and people are more relaxed. A year ago no one spoke a word against the MQM, references to it in the media usually couched in oblique language. And when the MQM chief from his eyrie in London made one of his all-too-frequent telephonic addresses, the bravest media houses felt obliged to carry them live, often for hours on end. Mercifully, thanks to the Rangers, this refined form of torture has come to an end. 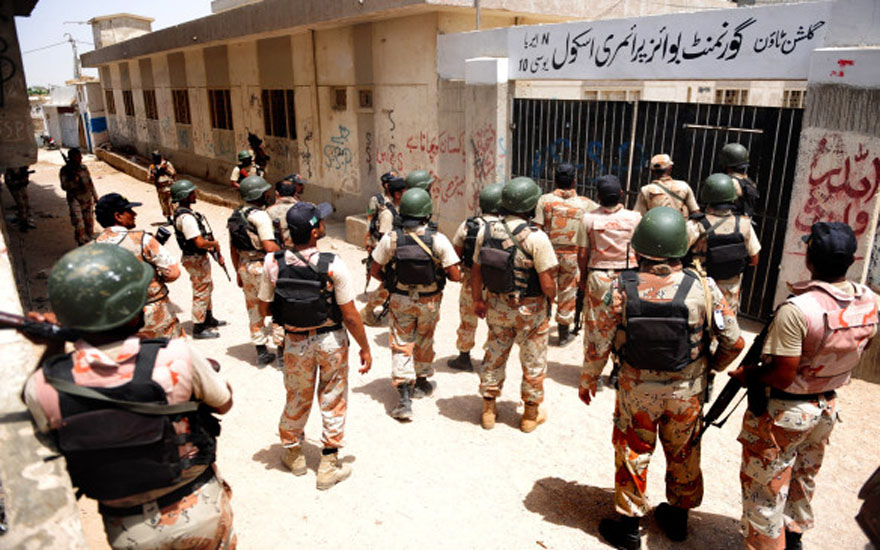 Militant jihadist cells were also active in the city. Lyari was another source of unrest and crime. On all these fronts there has been a marked improvement. Few people were willing to bet that such a turnaround was possible, but it has happened and the credit for this goes squarely to the army command and the Rangers. The federal government has clapped from the sidelines and made all the right noises, with much protesting of being on the same page. But the impetus for the Karachi operation came from elsewhere.

To sustain and consolidate the gains made, what was needed was to remain focused on the essentials of the Karachi situation. Which were the parties principally responsible for the city’s descent into lawlessness? Who were the promoters and sponsors of crime and terrorism? The focus should have been on that without any other distraction.

Asim Hussain’s arrest and the tension it has created between the Rangers and the Sindh government has detracted from that aim. Qaim Ali Shah’s government may be no one’s idea of shining governance. The PPP could be guilty of a thousand sins and omissions. All the corruption stories around its leading figures, starting from the former president, may be more than true. But the party has never been associated with terrorism.

Never lose sight of the main aim…of all the principles of war, this is perhaps the most important. The PPP was fully on board when action was taken against the MQM. But it was rubbed the wrong way when the offices of the Building Control Authority were raided by the Rangers and then when Asim Hussain was arrested. The consensus behind the Karachi operation broke down as a result.

There may have been widespread corruption in the Building Control Authority. Money from there and from the Fishermen’s Cooperative Society, whose affairs were also investigated, could have gone anywhere. Let’s say, as the more lurid accounts would have us believe, that this money was going to Bilawal House. But was this the remit of the Rangers? Were they after terrorism or corruption? And if corruption too was an issue, the immediate question which arises is whether corruption is related only to Sindh and the PPP, or  are its boundaries more extensive?

Matters could have been controlled if the prime minister had exercised some authority and shown some leadership. It was for the prime minister to set down the parameters of the Karachi operation and tell the Rangers and the Sindh government where either side was right or wrong. But the prime minister and his team have been content to play the role of amplifiers, through which sound passes. Whatever their reservations and misgivings about the army in private, in their meetings with the top brass they simply become their master’s voice, echoing the army line, none more so than the interior minister, Nisar Ali Khan, who on these occasions sounds like the most pro-army person in the country.

This is strange considering how Nisar seemed to have his sympathies for the TTP, even sounding as if he was in mourning when TTP chief Hakeemullah Mehsud was killed in a drone strike. Now he acts as if he personally devised the Rangers line in Karachi. 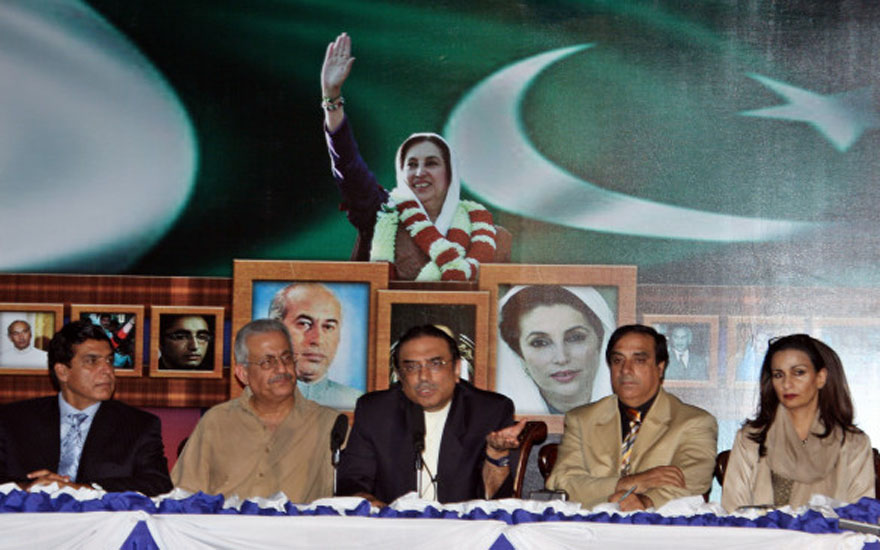 Imagine the likely reaction, the outrage, if there had been a Rangers operation in Lahore and an investigation into the affairs of the Lahore Development Authority. The spirit of Punjab, as represented by the PML-N, would have been aroused amid much shouting about military excess.

As the Sindh government delayed action on extending the authority of the Rangers, the interior minister threatened Sindh by saying that there were various options which the centre could exercise — going on to enumerate them. Suppose there was a PPP government at the centre which used such language against a PML-N government in Lahore. The Sharifs would have been on the warpath.

Granted, that the Zardari-led PPP is its own worst enemy. Even so, when it comes to Sindh and the PPP, with the added icing of Zardari, an element of chauvinism comes to the boil in Punjab.

Let’s not lose sight of the basics. The PPP is about misgovernance and maladministration, and corruption. It is not about terrorism. For that there are worthier candidates. In their zeal to make an example of Asim Hussain and, by extension, Zardari, the Rangers and the army command stand in danger of missing this distinction.