It is December 16, 2015. Malala Yousafzai is seated at a table with tears streaming down her eyes. She has just heard a moving first-hand account of one of the survivors of the APS massacre in Peshawar, exactly one year ago. Ahmed Nawaz describes watching around him as his friends fall to bullets, and explains how he had to play dead among the bodies of his classmates and his brother to avoid being finished off by the gunmen. His story is extremely moving and there isn’t a dry eye in the room. But many eyes are still on Malala. Just two years before Peshawar, she had her own deadly tryst with the Taliban. She too knows what it means to look death in the face.

Malala is far away from home, but she has helped organise a day of remembrance in Birmingham where several of the survivors of the APS attack are present. It is an important day for Pakistan and for Malala too. The world is waiting to hear what she has to say. She strides up confidently to the podium against pin-drop silence, and begins her address. She says after Zarb-e-Azb, Pakistan now needs to launch ‘Zarb-e-Qalm’ — the war of the pen. She insists that no national action plan will succeed without emphasis on education.  Her speech is characteristically eloquent, but short. She knows this day is not about her and is very conscious of the chance of the ever-present spotlight on her diminishing the solemn focus of this remembrance event. But her light shines too bright. In an adjacent hall, the world’s press awaits. The room is teeming with journalists and camera crews crammed together, vying aggressively for every inch of space. It could be a Hollywood red carpet event. But here they are all waiting for just one Pakistani teenager.

This 18-year-old from Swat is now one of the most famous and powerful people in the world. Her Malala Fund has one of the largest global endowments for education; she has won the Nobel prize and signed a $3 million book deal. This year a documentary film about her has been nominated for an Oscar. The richest and most beautiful people on the planet, all want to be close to her. Her phone book is impressive. Gordon Brown, Angelina Jolie, Bono, Emma Watson, Brad Pitt are all personal friends. Madonna has tattooed her name on her body. Malala is a bona fide 21st century icon and the moment she steps in through the door an electric charge runs through the room. Her incredible eloquence and grace facing hordes of hungry journalists and flashing cameras is truly awe-inspiring. She does not strike a false note. Seeing her poise and humility up close is enough to melt even the hardest cynic. Newsline found a few moments to chat with her. 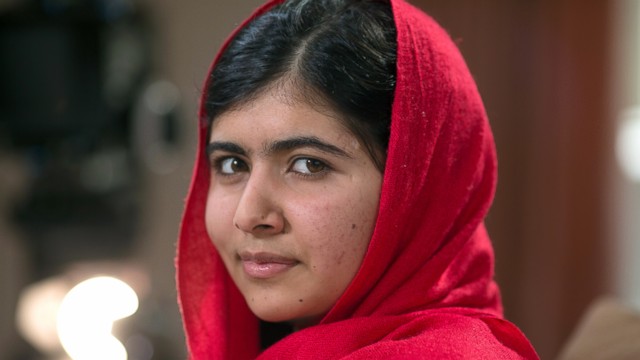 What is the most surprising aspect of life in Britain for you?

What surprised me the most was the fact that generally, people in the UK strictly follow traffic rules, which is quite uncommon in most places in Pakistan.

What do you think  have been the most memorable moments of 2015 in Pakistan, both good and bad?

After the brutal attack in Peshawar in December 2014, 2015 was a year of hope where parties united for the safety of the people of the country. However, the bad side was that education, which is key to peace and the country’s progress, was not given much attention and was not included in the National Action Plan.

What is the thing that makes you most hopeful about Pakistan right now?

Our country is blessed with talented and hard-working youth. Their passion for education and the country’s betterment give me hope. Also, the fact that democracy, where the people’s vote and voice empower them, is strengthening — even though it is at a slow pace —lends hope for Pakistan’s progress and prosperity.

Do you think that there are some people who use your symbolic power to advance an imperialist agenda?

I say what I stand for, whether it is to the West or East. I know my own agenda very clearly. I stand for women’s rights, children’s education and peace around the world.

What are your favourite books and movies?

Many…..in terms of books: The Alchemist (my favourite), The Breadwinner, Parvana’s Journey, A Brief History of Time, Meena (Afghan hero), and many more.

Movies: Khuda Ke Liye, Bol, Taare Zameen Par, PK, Bajrangi Bhaijaan, and many more. The ones I have named remain in my mind as they have such inspiring and powerful mes- sages for society.

Which famous person did you like meeting the most? And what did they say to you?

All the meetings  I have had so far were important to me, right from the one with Obama to that with Goodluck Jonathan, from that with HRH Queen Elizabeth to the one with Prime Minister Nawaz Sharif. The moment you raise your voice for the cause you stand for — which is educa on for me — and receive a posi ve response, the mee ng becomes very special.

You’ve said you’re a Bollywood buff . Have you seen the films coming out of the newly-revived Pakistani film industry, and how would you rate these?

I am not one specific film industry’s fan, but the Bollywood film industry has a huge impact across our region. However, Pakistan does not lack talent. Films like Khuda Ke Liye and Bol are still in my heart and I hope the Pakistani film industry shines in the world. We need to start appreciating and supporting the stars within our country. 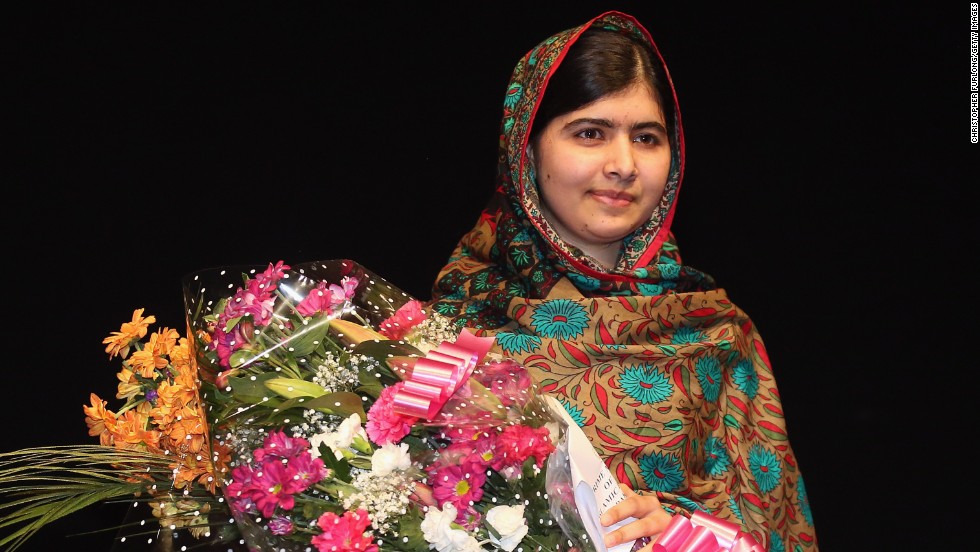 And in a departure from the usual, below are Malala’s answers to the ‘Proust Questionnaire,’ a popular early 20th century intellectual parlour game named after the French writer Marcel Proust, which Newsline put to her. Her responses are candid and revealing.

What is your idea of perfect happiness?

When you feel satisfied and proud of your actions and decisions.

What is your greatest fear?

The fear of fear itself. If it defeats your courage and stops you.

Which living person do you most admire?

What is your greatest extravagance?

Getting things for others.

What is your current state of mind?

A bit of stress because my exams are approaching.

What do you consider the most overrated virtue?

On what occasion do you lie?

Mostly never, but in terms of teasing friends, you have to make up things.

Which living person do you most despise?

What is the quality you most like in a man?

What is the quality you most like in a woman?

Which words or phrases do you most overuse?

When and where were you happiest?

Opening a girls’ school in Bekaa Valley, Lebanon, for Syrian refugee girls on my 18th birthday.

Almost all of them!

If you could change one thing about yourself, what would it be?

Fighting with my brothers — that has never changed my entire life.

Well, right now, being away from home for more than three years, I would say Pakistan.

What is your most treasured possession?

My teachers’ words of wisdom.

What do you regard as the lowest depth of misery?

The misery of heart and spirit.

What is your most marked characteristic?

What do you most value in your friends?

Their support in both good and hard times.

Who is your hero of fiction?

I am not very interested in fiction and nothing is coming to mind right now.

Which historical figure do you most identify with?

All heroes are inspiring and I wish I could have the best qualities of all of them.

Who are your heroes in real life?

My parents and my teachers.

What is it that you most dislike?

What is your greatest regret?

When the gunmen asked, “Who is Malala?” and I couldn’t answer “I am Malala.”

I wish I could decide that!