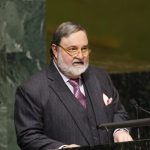 Hussain Haroon is a former permanent representative of Pakistan at the United Nations.

For many who read deep meaning in what they assume to be the role of the United Nations in world affairs, the resultant scenario of their expectations never really corresponds to their envisioned Valhalla.

The fault lies in the very inception of the institution, as it reeled on unsteady feet after the blistering end of the Second World War. Searching despondently for deliverance, the vanquished and the punished looked towards the victors, who solemnly peered down their noses like well-prepared accountants, at what should be conceded to them — and the ‘world’ was thus born anew.

To assume control of their spoils, a velvet noose was ordained and several ‘world’ bodies created, to readily hang the less fortunate, whenever required. The body was unitary in illusion, yet it had its hands and feet firmly roped to the pleasure of the judge, law and jury who, in the interest of maintaining ‘world peace,’ would arbitrarily finalise what was good for all mankind, as they were the supposed forbearers of the conscience of the world. 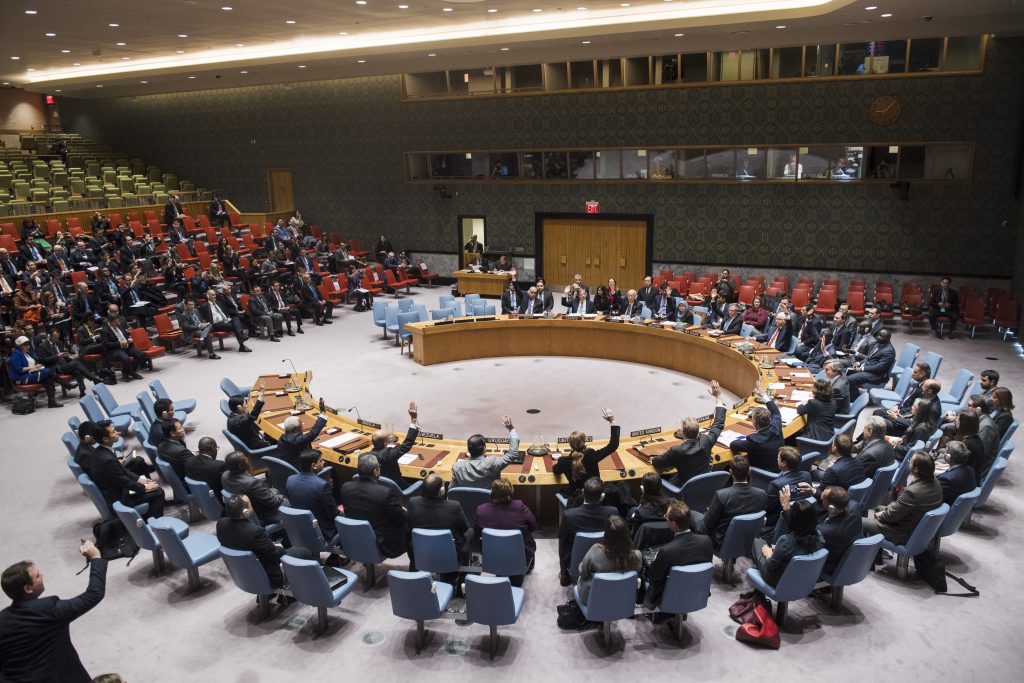 The old Europe-bound hats of the League of Nations, softened by the Marshall Plan and mortally frightened by the Germanics, were lassoed unceremoniously and, led by the USA, were press-ganged by ‘Free’ France. Then those who were easily compliant, were rudely jerked to the forlorn west coast of the Americas to deliberate. The Yalta big three — Britain, USSR and USA — formed the original corpus of the new world body, the UN, and for reasons political, and with the keen anticipation of the USA in its anti Japanese/Pacific avatar, China — but not the mainland — rounded the exclusive UN founders club and promptly attributed to themselves the divine right of kingship.

This divinity rendered inviolable the Permanent Five (P5) who made the rules/charter of the UN and removed any challenge from any membership to mutilate, amend or revoke their supreme right to be the sole and final executors of the will of the world, with their own appointed Secretary General (CEO) to remain at their bidding. Nothing would be enforceable without their pleasure and sanction and to make this doubly sure, they wrote in a power unto themselves to veto anything that they disagreed with. The veto was, in fact, a mutuality that was to cement itself into an exclusivity which could castrate even the combined will of the world.

Today, the UN is unfairly recognised by this very impotence that has perhaps overtaken what should have been its founding concept. But the UN can, unarguably, also be recognised for its sizeable contribution to the world in myriad ways. To begin with, it has given birth to a plethora of highly contributive institutions that have encouraged a highly sceptical /divided world populace to believe in a one-world possibility. In the field of social activism, the UN has contributed to world coordination in medicine, food, funding, trade orders, disarmament, education, heritage, law, air travel, human rights, space, climate change and so much more that would not have been possible without a UN. It would not be untrue to say, in fact, that the world has progressed by leaps and bounds due to the availing of opportunities provided by the UN.

But the fact is that the UN was created after the chaotic spectre of war, the fallout of which powered a guiding belief by an agonised world which was in a quest for peace, seeking a permanent utopian end to world conflict and suffering. This world overwhelmingly believed that the new UN — run by those who rid the world of ‘the Axis of Evil’ — the Japanese, Ottoman and Germanic empires — should bring about world peace, and by the sheer size of its military and economic strength, uphold the security of the world.

History, however, has a nasty way of reasserting its balance and while the Second World War witnessed the setting sun upon the mighty colonial axis powers, the victorious Franco/British and other European colonial powers, also slumped into decline. But the principle of ‘there can be no void in political power’ led to the growing dominance of the Russians and the Americans, and thus the beginning of a bipolar world. The Russians simply stayed put and decidedly remained in countries they had liberated from German conquest. Ergo, the Warsaw Pact, born rather instantaneously, with an iron curtain descending to divide Europe. The Americans used guile to disarm the mighty British Empire by insisting the British pay them for the war from their gold reserves (the Lend-Lease Act) and by this singular act, brought the British Empire into endless crippling dependence upon the US. France and Germany were captured by the grandiose Marshall Plan, while Japan, and later ASEAN, were hammered into place under the Dulles’ Plan. China was kept impoverished and divided, with prosperous little Taiwan, the American surrogate, being recognised as the ‘true’ China.

Peace however, remained elusive. Colonisation re-emerged stronger then ever, as the eastern and western empires naturally collided over raw materials and wealth, and the spectre of war exacerbated. The Kuril, Korean and Indo-China theatres sprang into action immediately in Asia, and in time the Czech, Baltic and Balkan theatre was activated in Europe, while both Central and South America became a pain in America’s backyard. Meanwhile, a European world, tired of war, believed and allowed the concept of a western empire to grow, and in the early years, under American patronage and tutelage, a spate of new conventions and regulations permeated globalisation and were promptly touted as the renaissance. 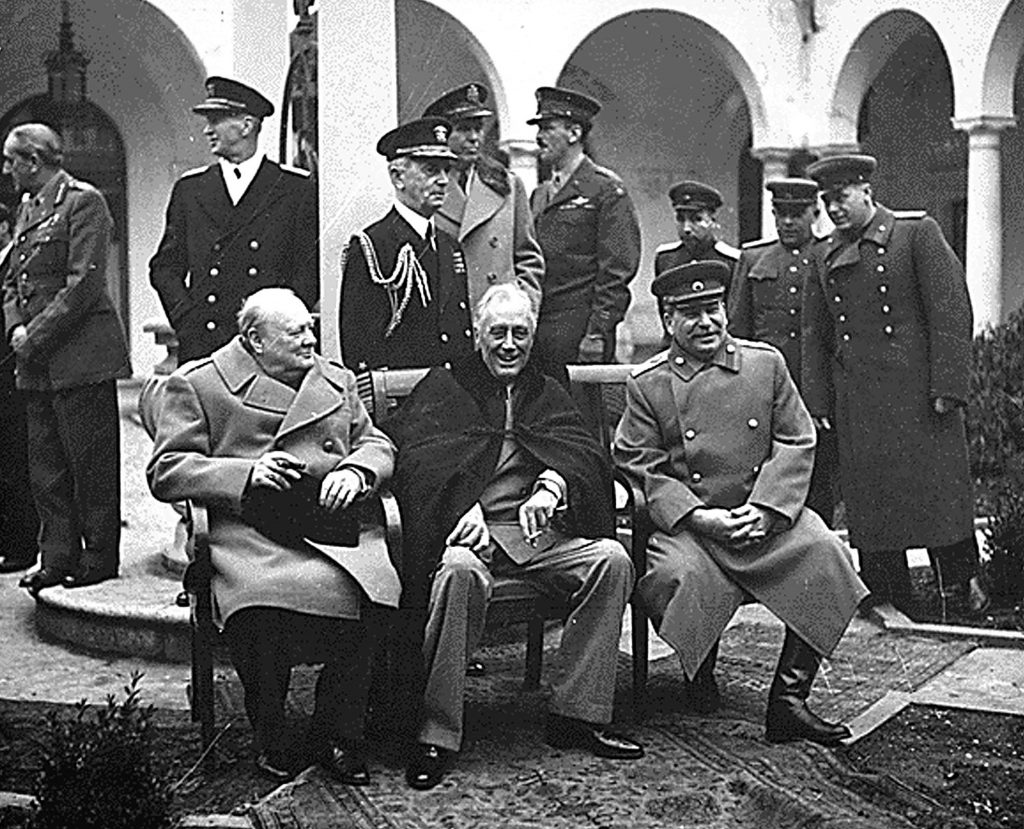 In a way, it was the old world again, with all its historical prejudices and provocations. Only, in this new-old order, European empires lost pre-eminence and the new bipolar world convulsed into one bristling with hydrogen and nuclear weapons. These only multiplied the killing capacity of hominids more than a thousand-fold.

The important lesson learned by both the USSR and the US after the two World Wars was that they, who were now the peak power players, were to decide as to what constitutes wealth and who rules the political world. The British firmly ruled the world after accumulating the wealth of its colonies. They portrayed Adam Smith and his mercantile policy of gold as the primary source for determining wealth, as they had collected the largest haul. When they were made to pay the US with bullion for their wars, the British soon lost out. Realising their mistake, they resorted to fostering John Maynard Keynes as the new avatar of economic reasoning with his theory of deficit financing. But again, they were on shaky ground. The US realised that they had to lead the western world and soon Paul Samuelson and other Americans spoke virulently against deficit-financing and projected free-market economies as saviours of democracy and capitalism. Hereafter, the US would decide the standards of economic thinking and reasoning that defined wealth.

The USSR also utilised European economic thought, but from a ‘Das Kapital’ Leninist point of view and the territories it annexed were firmly drawn into a centrally planned economy and soon, tailoring their economic philosophy to their own point of view, labelled its deviations as Marxist. As in the West, he who had the might of economic reasoning, would decide what constituted wealth.

As Gorbachev reined in the bipolar world and the USA seduced him to shrink towards a Russia-only policy, a unipolar world was unleashed unheralded, upon an unsuspecting people. In time, the UN had to accept that it, like the defence of Europe and NATO, could not function without US funding. Now, the realities of US world economics dictated that in the P5, Britain and France had no option but to adhere to world hegemony under the umbrella of the US as a senior partner, with very little space for manoeuvre. The P3 became the summiteers.

Two brilliant products of the African continent — first Boutros Boutros-Ghali and then Kofi Annan — were sent home unceremoniously, being in the process, brutally taught that being CEOs of the UN was at the pleasure of the US, and that any deviation on behalf of the Third World was limited to an illusion. Gradually, as the massacres of innocents in Rwanda and Bosnia played out, and the unanimous UN Security Council (UNSC) resolutions with paltry, falsely concocted justifications in Iraq and Afghanistan emerged, the confidence of the rest of the world in the UN began to dwindle.

A question was thrown up: do morality, fair play or the UN Charter really govern this body?

The interference in Libya, to enable the Benghazi and Tripoli divide and the bloody culmination of the Arab Spring without its fairy-tale ending in Syria, with half a million dead and nine million refugees and millions of homes uprooted, prompts the query: Where was the UN through all of this? Who symbolised — and later dashed — the hope that yielded this bloody carnage?

What of the Geneva Convention, Guantanamo and waterboarding? Has the UN forsaken its moralistic origins? What about French Socialism’s call for “liberty, equality and fraternity,” or the rule of law of the constitutional monarchy of Britain? And what is one to make of the US forcing its laws upon other nations, while not conceding the same right to them? Morality has seemingly disappeared from the wielding of power/Machiavellian statecraft in the UNSC, and the rest of the world remains at sea without a paddle when three of the P5 decide on, or veto, an issue. This is the stark reality of the United Nations in 2017.

The UN certainly remains a good debating forum, a place to vent and bring to world attention important events; it decries the abuse of humanity and attends to thousands of non-binding matters on a daily basis. Its liberal platform is, unarguably, sensitive to core humane principles. But in the unipolar world of today, under President Trump’s watch, the UN’s standing is getting another beating. Trump has undermined the One China policy, derided NATO and the EU, created a new axis of (Islamic) evil, even while significantly leaving out of his list the main players in the 9/11 attacks. He has made shaky relations with Angela Merkel and the Aussies and offended the Mexican/Spanish-speaking world by behaving like a bully, becoming the most divisive and least-loved president of his time. And alongside, he has found the time to whiplash the UN.