Nadeem Hussain is the Coach and Founder of Planet N Group of companies and the Chairman of the Pakistan Microfinance Network.

There are two schools of thought on the effect microfinance has had on poverty and financial inclusion. The naysayers lead, giving the example of high interest rates charged. Their thesis is that there is no empirical evidence to support the claim that microfinance reduces poverty. They argue that the loan size is too small and, in fact, the high interest rate leads to a cycle of institutional indebtedness, let alone a reduction in poverty.

The counter-argument is championed by Dr. Muhammad Younus, who was awarded the Nobel Peace Prize in 2006, jointly with Grameen, the bank he founded in Bangladesh. Dr. Younus asserts that unless microfinance institutions intervene, the bottom of the pyramid (BoP) borrowers would be at the mercy of moneylenders, who they charge in excess of 100 per cent per annum and have a highly objectionable collection methodology. Globally, commercial banks do not address this market. This is because they neither understand it, nor is their business model built to cater to the long tail customer. He further asserts that microfinance is not just about lending. It’s about providing the full range of financial services that traditional bank customers take for granted. Dr. Younus backs up the impact of microfinance on poverty with controlled group testing — which successfully establishes the required correlation between loans and poverty — and tracks two groups of customers: those who are provided loans, and those who are not.

The truth lies somewhere in between. While Bangladesh has in excess of 18 million active loan customers, poverty has not been eliminated. In Pakistan, active customers are so few — 4.5 million — that it is not possible to impact national poverty numbers. One thing that is clear is that microfinance is just one tool in the war against poverty. For microfinance to be successful at poverty reduction, it must be used in conjunction with education, health and other social interventions. Microfinance becomes a force multiplier in such a scenario. Not only does it reduce poverty, it creates an even playing field by bringing the BoP into the banking net. The reality is that this customer-base pays an exorbitant price for the services that the banked population uses.

Pakistan has a growing and vibrant microfinance industry. While it has been in existence over the past 15 years, the real growth has come in the past 10. Unlike Bangladesh and India, Pakistan has been able to use the branchless banking route to harness deposits. Over time, nano loans, as well as payments, will also be provided. Pakistan has been ranked by the Economist Intelligence Unit as having one of the top three regulatory mechanisms in the world. Recently, the Securities and Exchange Commission of Pakistan (SECP) has also created regulations for the unregulated segment of the industry, further enhancing it.

Although the Pakistani microfinance industry has experienced rapid growth in the past five years, it is growing off a relatively small number, given the size of the target market. It is estimated that there is a potential of 30 million active customers, and we currently have only 4.5 million active customers with gross loans of Rs.135 billion. Relative to the commercial banks’ consumer and customer base of 1.8 million, it is a high number, but as a percentage of total lending stock, it is less than one per cent. The Pakistan Microfinance Network is committed to increase this number to 10 million customers by 2020. However, in a country of 200 million people, this is not enough to impact poverty. This number will need to increase to at least 30 million to have the desired effect. The industry, however, has been quite successful in managing the gender divide (55 per cent female borrowers) and its rural-urban divide (51 per cent rural).

Unlike other countries, the industry has been very successful in harnessing the branchless banking railroads. Pakistan is one of the few countries where there is a specific licence for microfinance banks. As a consequence, it is also one of the few countries where telephone companies have invested in microfinance banks. The principal benefit of this is the ‘one minute account.’ Telco-owned microfinance banks have the ability to open a level zero mobile wallet, based on just a single SMS. A level zero mobile wallet is a bank account which allows a customer Rs.50,000 transaction value and is accessed through a phone. The commercial banking industry has managed to open 32 million bank accounts. The microfinance industry, in the past three years, has been able to open 9.1 million mobile wallets with Rs.103 billion in savings. Female savers amount to 27 per cent.

Savings is a key part of the poverty-reduction agenda. The industry has been successful in opening mobile accounts, but has yet to make these accounts active. 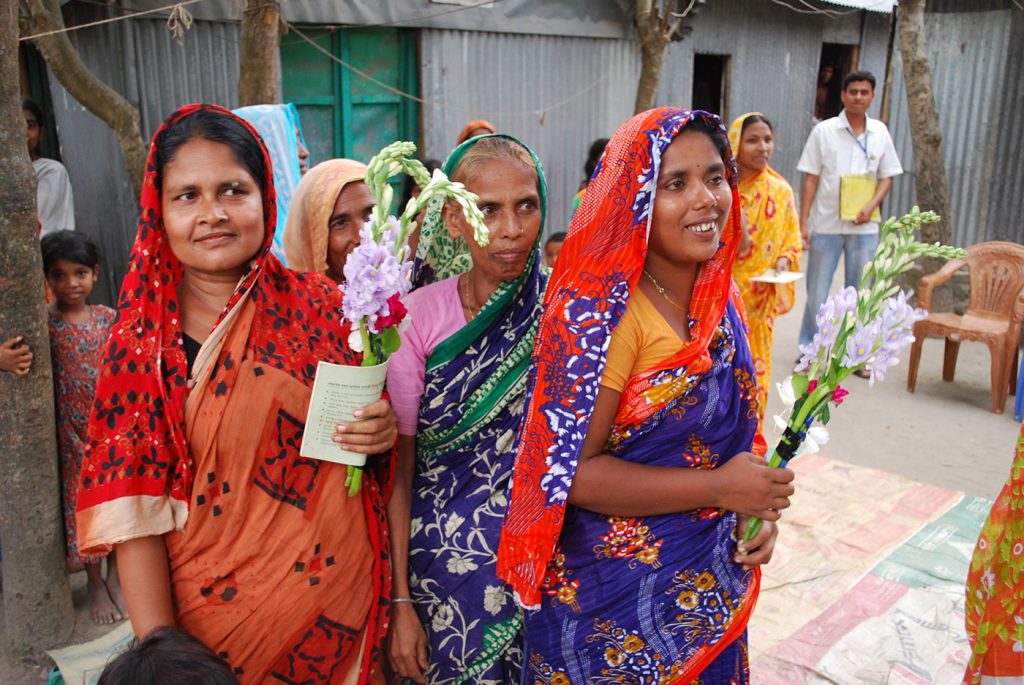 The challenge is to create a friendly and scalable user base. The ability to make digital payments at the local mom-and-pop stores for something as little as a cup of tea is the answer. The introduction of new technology, like the QR code, has now made this possible. The industry expects the number of merchants to increase to 100,000 from the current 30,000. The creation of this addition to our ecosystem will help reduce financial exclusion.

The BoP customers too have a need for savings, life and health insurance, payment products, investments and information. The key difference is that the need is at a micro level. The BoP customer needs one teabag as opposed to a box. The industry has done a good job in providing coverage to 5.6 million customers. Of these, 2.9 million are under credit life insurance and another 2.6 million, under health.

The first challenge that the industry faces to achieve its goal of growth is funding. Assuming an average loan size of Rs.40,000, an incremental 5.5 million customers mean an additional funding of Rs.220 billion. Breaking down this number would imply an equity injection of Rs.33 billion and debt of Rs.187 billion. This challenge is accentuated by the fact that currently 50 per cent of the industry players are non-banks, and as a consequence, are not allowed to take deposits from their customer base. The burden of growth will fall on well-capitalised microfinance banks and a handful of microfinance institutions, which have the required governance to access the capital markets. Microfinance banks will have no choice but to embrace the holy grail of branchless banking. Mobile wallets are the longer-term solution.

Unfortunately, while the industry has cracked the account-opening hurdle by creating the innovative one-minute account, it has still not created the ecosystem to induce the BoP to use the mobile account and leave a balance. The deposits of the industry do not come from the BoP. Microfinance banks have largely built a deposit base from the banked segment, by paying well above the commercial banks’ deposit rates. Buying deposits cannot be a long-term solution. The industry will need to build a better proposition than they currently have, if they are to move the bulk of their customers from over-the-counter to mobile wallets.

The second biggest challenge is that of human resources. An incremental 5.5 million loan customers means additional relationship officers, middle management as well as experienced senior management. This is a relatively new industry. Trained human resource is non-existent. If planning for these incremental human resources does not take place, the growth will simply not happen.

The third challenge is that of technology. Other than a handful, the industry has not invested in technology. Basic automation, scorecards for underwriting and predicting default, and automation of customer acquisition, either do not exist or are limited to a handful. As the industry scales up, this problem will become more acute, and the lack of automation will mean that the operations’ cost of the industry will not come down, and the benefits of economies of scale will not be harvested.

The microfinance industry has had healthy growth in Pakistan, but now needs to grow exponentially if it is to become a major player in addressing financial exclusion and poverty. The industry must embrace the technological revolution taking place in Pakistan. It must harness the benefits of branchless banking. It must use the smartphone and data that exists in the smartphone, to provide solutions to those at the bottom of the pyramid.