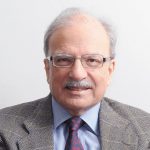 Shahid Javed Burki is a former caretaker Finance Minister and has served as Vice-President of the World Bank.

A great deal has already been written about the China Pakistan Economic Corridor (CPEC) and the amount of literature on the subject is growing. For instance, the updated Wikipedia entry on the project covers scores of pages and has 396 references. Those aside, there is another dimension to this initiative. To understand what the project will do for Pakistan and for the geographical area in which it is located, we need to focus on why Beijing plans to spend such a vast amount of resources on this ambitious programme.

The CPEC cannot — in fact, should not — be looked at in isolation. It is by far the most important part of a much larger endeavour on which Beijing embarked a few years ago. This larger programme of international investment was launched by China in 2013 when President Xi Jinping visited Astana, the capital of the Central Asian Republic of Kazakhstan. He then announced his government’s intention to invest large amounts of resources in building what he called the “One Road, One Belt” project. And like the CPEC, this programme has also acquired an acronym: OROB. And sometimes it is referred to as the Great Silk Road programme. 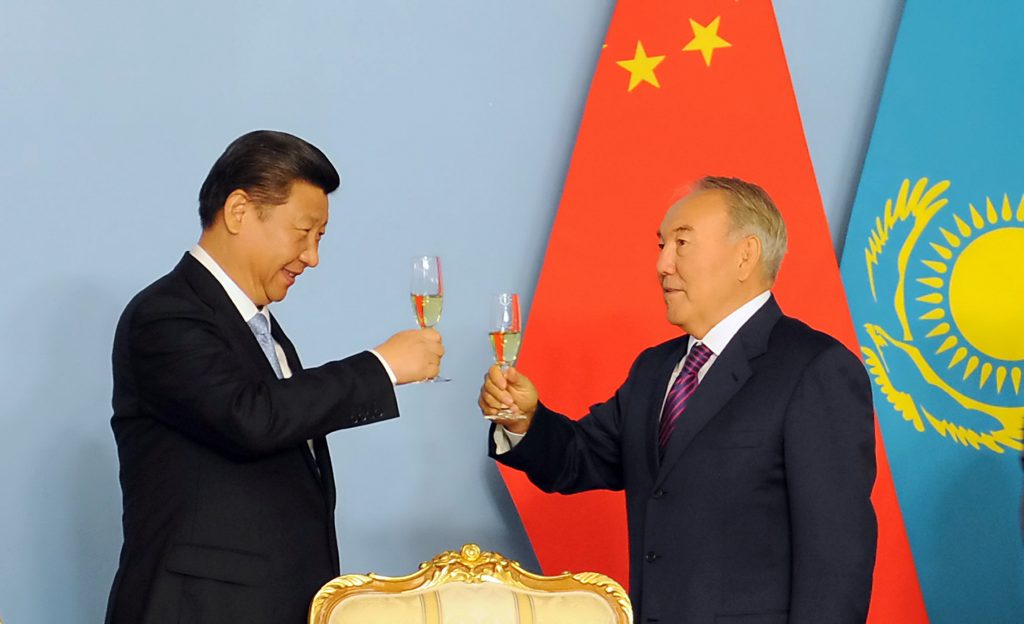 The Chinese seldom announce the launch of a big programme without a great deal of careful thought. More than two decades ago, in April 1993, I learnt in a conversation with then Chinese Vice Prime Minister, Zhu Rongji, of the Chinese ambition to break out of isolation and use ‘land-based’ commerce to connect the western parts of their large country to the West. Zhu went on to become the country’s prime minister later, and remained in that position for 10 years.

It is significant that President Xi chose to announce this massive programme in Kazakhstan, Central Asia’s largest land-locked country. By announcing the launch of the OROB in Astana, the Chinese leader was giving a clear indication that his country was embarking on a new kind of economic thinking. China had developed its remarkable economy by making international trade the main driver of growth.

When it opted for the export-based strategy, it was following the lead of the countries to its east. First Japan and then the ‘miracle economies’ of East Asia had followed a three-pronged approach to economic growth. They relied on exports to industrialise; they relied on the private sector to develop the country’s export capacity; and they relied on their governments to provide guidance to their private enterprises. This approach was spectacularly successful. From 1980 — when Beijing decided to open its economy to the world outside — to 2007, when the rate of growth slowed down, the Chinese economy grew 32 times in size. There is no parallel in economic history for this kind of expansion. However, when the global economy entered what has been called the ‘Great Recession,’ that lasted for two years — from 2007 to 2009 — this model of growth had exhausted itself. If China was to maintain its rate of economic expansion, it had to rely on a changed model of sustainable development. It decided to focus on developing land-based commerce.

The new approach will help China in several ways. It will move the focus of effort from low-wage manufactures to the production of investment goods. It will open some of the areas in the country that were not part of the earlier period of development. It will connect China with parts of the world that are rich in resources, and it will provide Beijing with an alternate route to obtain the goods and materials it needs for its expanding economy. As China becomes more competitive with the United States in projecting itself as a global power, it recognises its vulnerability to the possible interruption in the main supply routes by hostile military action. The narrow Straits of Malacca, through which significant parts of the Chinese international trade passes, could be blocked by hostile navies. This sea-lane accounts for the passage of 80 per cent of China’s energy imports. Blocking the route would devastate China.

What does CPEC cover? During his state visit to Islamabad in April 2015, President Xi wrote an open editorial published in an official newspaper. “This will be my first trip to Pakistan, but I feel as if I am going to visit the home of my own brother,” he said. On April 20, the president signed an agreement to begin work on a $46 billion programme. The content of the programme was not spelt out in any detail. What was said then was that the Chinese will aim to build a communication network that would connect their country with Pakistan and, through Pakistan, with several other parts of the world. Pakistan would thus become the gateway to the world for their country. That Beijing wished to take that route to development was explained to me by Zhu Rongji in ’93. 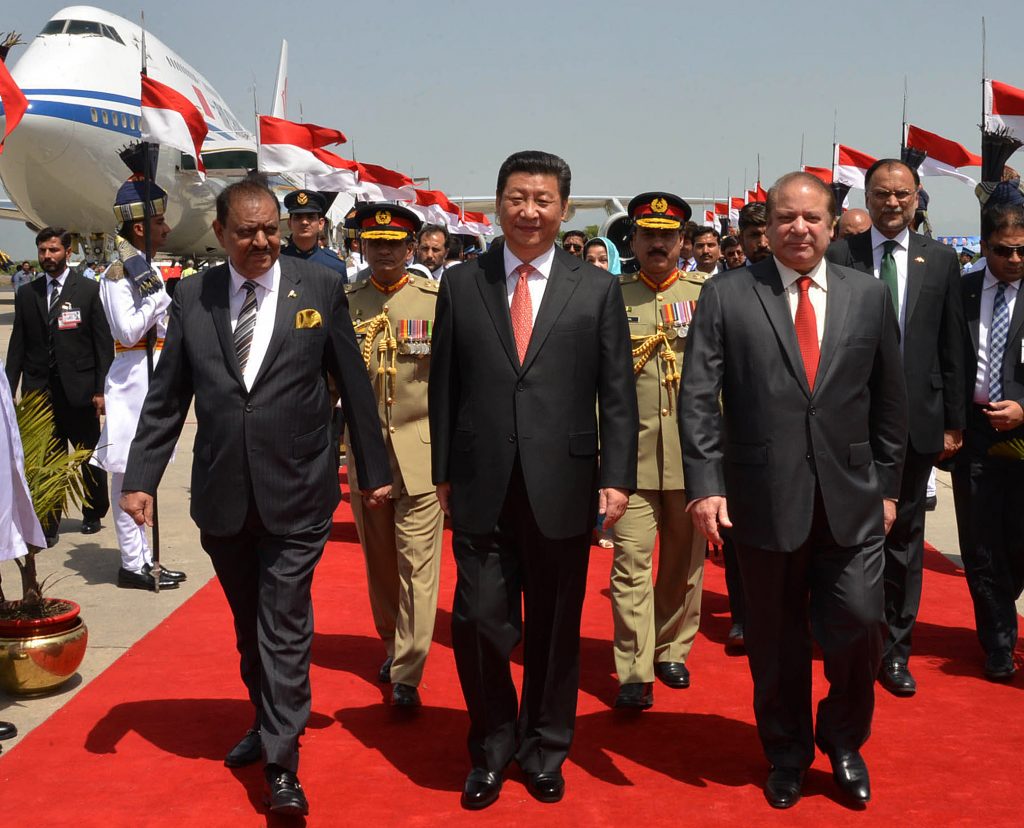 In that meeting, he invited me to his office and pointed towards a large map of his country on the wall behind his desk. “China is a unique country among large nations,” I recall him telling me. “We are the only country with a large land mass that is open to the sea only on one side, the East. We are landlocked on three sides. We would like to break out of this isolation. We could do that by building a land corridor to connect us to the sea in the West.” He said that his government had formally made that suggestion to Islamabad, but had not heard back. He asked me if I knew anybody senior in Pakistan’s political hierarchy to whom I could relate this conversation. I said that I knew President Ghulam Ishaq Khan very well and could stop in Islamabad on my way back to Washington. I met with President Khan and told him of this exchange. He said he knew of the Chinese interest, but did not have the executive authority to press the government for a response to Beijing. This was almost quarter a century ago.

The purpose for recalling this conversation with a senior Chinese leader is to underscore one important point about the CPEC: it is not the result of a sudden whim on the part of the Chinese authorities. It has been thought about for decades. The reason China has decided to move forward now is that, in a rapidly changing global economy, it needs to reformulate its economic model. In this, land-based commerce will play an important role.

Much of what has been written about the CPEC is to focus on the impact it will have on Pakistan’s energy situation. Several energy-related projects will be implemented quickly to relieve Pakistan of severe energy shortages. These shortages have caused Pakistan to shed 2 to 2.5 percentage points from its rate of economic growth. Relieving this shortage could bring the country’s rate of GDP growth to above 8 per cent a year. Over 10,400 MW of energy capacity will be brought online at a cost of $33 billion. This will be done by implementing ‘early harvest’ projects — a term economists use to describe those parts of a large programme that provide quick returns. The expectation is that this additional generation capacity will become available by the end of 2018. This will cover more than the existing shortages.

While the CPEC energy programme will have important consequences for the state of Pakistani’s economy, it will be the communication part of the effort that will quite literally change the world for Pakistan. Once the planned projects are implemented, it will be lifted out of South Asia and placed in Central and West Asia. The area of impact includes — in addition to Pakistan — Afghanistan, Iran, Turkey and the five Central Asian republics. This area is enormously rich in energy and mineral resources. A study done by the Pentagon some years ago estimated that Afghanistan alone has one trillion dollars worth of mineral resources. Some analysts have called the country the Saudi Arabia of lithium, a metal that is vital for the electronics industry. Kazakhstan is one of the world’s richest source of uranium. China now has one of the largest markets for all kinds of consumer goods. Having overtaken the United States, it is already the largest market in the world for automobiles. And Pakistan has one of the world’s youngest populations. More than 100 million of its 200 million people are below the age of 25 years.

The CPEC, in other words, will help to link these countries with enormous resources of energy, metals, human resource and markets. The programme will truly be a ‘game changer’ — and this is a phrase I don’t use lightly.