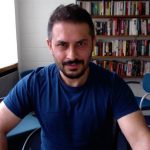 Muhammad Idrees Ahmad is a Lecturer in Digital Journalism at the University of Stirling and the author of The Road to Iraq: The Making of a Neoconservative War. He is currently writing a book on the war of narratives over Syria.

Three months into Russia’s military intervention in Syria, a curious assortment of individuals assembled at the Metropol Hotel in Moscow. They had gathered to mark 10 years on air of the Kremlin broadcaster RT (formerly Russia Today). The event climaxed in a gala dinner where Vladimir Putin sat next to the US Green Party leader, Jill Stein, and the future US national security advisor, Michael Flynn. Earlier in the day, Stein had blamed the Obama administration for the chaos in Syria by pursuing “regime change” in Damascus; Putin, however, left a benign impression. 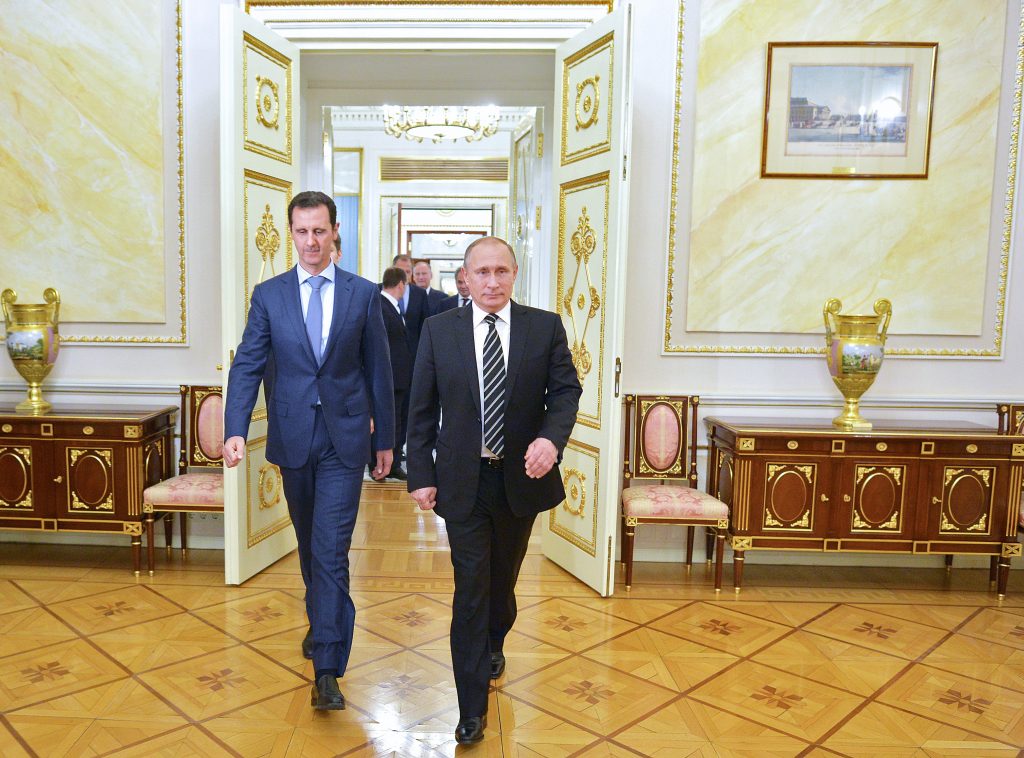 The event had brought together figures from the fringes of western politics, with Kremlin favourites like Julian Assange. In a session on ‘infowars,’ a video was played to demonstrate the superiority of RT’s Syria coverage. It featured three ‘experts.’ One of them was Nick Griffin, leader of the far-right British National Party, who had once visited Damascus as a guest of the Assad regime.

The air of unreality that prevailed at the event is of a piece, with the Kremlin’s strategy of channelling discontent on the political margins to erode trust in international media and institutions. Given the disdain that many on the far-left and far-right harbour for liberal democracy, RT has found an audience particularly receptive to its brand of cynicism packaged as dissent. It often has to do little more than serve mics and cameras to extant ressentiment.

From Iraq, Israel-Palestine, to the so-called ‘war on terror’, the international media’s failings are myriad. This has allowed RT to market itself as an ‘alternative’ to this compromised ‘fourth estate,’ even though the alternative that it is offering is nothing more than an echo of the Kremlin’s adversarial worldview. In some places, this maybe a useful counter-balance, but where this coverage aligns with the Kremlin’s practical objectives — as in the Ukraine, or Syria — the disinformation becomes lethal.

Much has been made of RT Editor-in-Chief Margarita Simonyan’s assertion that “There is no objectivity — only approximations of the truth.” It is a banal statement. Complete objectivity is, indeed, unachievable. Nevertheless, it is an objective to which all responsible journalists aspire. What is novel in RT’s approach is that it has dispensed with objectivity altogether and made “approximation of the truth” its aspiration. News does not have to be true as long as it feels true. And falsehood doesn’t need to be opprobrious as long as competing truths are shown to be deficient. The RT strategy is not so much to present its own facts as to cast doubt on everyone else’s.

Nowhere has this approach borne greater fruit than in the channel’s coverage of Syria. From the start, RT’s reporting has hewed to an official line that presents Assad as the victim of a western conspiracy to topple his ‘secular’ regime. In RT’s telling, Assad’s opponents are all ‘jihadi terrorists’ and he is fighting a real ‘war on terror;’ western humanitarian concerns are a cover for attempted regime change; proposals for a no-fly zone are a prelude to WW3; and Russian military intervention is legitimate peacekeeping.

The narrative transcends facts. But since the gap between this line and reality is unbridgeable, RT aggressively manufactures doubt to defuse adverse public opinion. A drizzle of misinformation is a constant feature of RT’s Syria coverage, but it turns to a deluge when its cherished narrative is threatened.

The first major crisis for RT came with the August 21, 2013, chemical attack that killed over 1,400 civilians. Within hours, the tone was set with the attack dismissed as ‘Saudi war propaganda.’ In the following days, the coverage veered between blaming Saudi Arabia, Britain, Turkey and Israel, to insisting that the “alleged chemical attack…had been fabricated” and the footage “is fraud.” RT’s source for the latter claim was Mother Agnes-Mariam, a regime-affiliated Lebanese nun, whom the Committee to Protect Journalists had earlier implicated in the death of French journalist Gilles Jacquier.

In keeping with the bizarre tone, RT’s American host, Abby Martin, invited Mimi al Laham — a pro-Assad Youtuber generally found on far-right shock jock Alex Jones’s conspiracy site, Infowars.com — to argue that it would be a ‘grave mistake’ for Assad to give up his chemical weapons. She next invited actor Ed Asner to blame the attack on Syrian rebels and question the veracity of 9/11’s ‘official story.’ 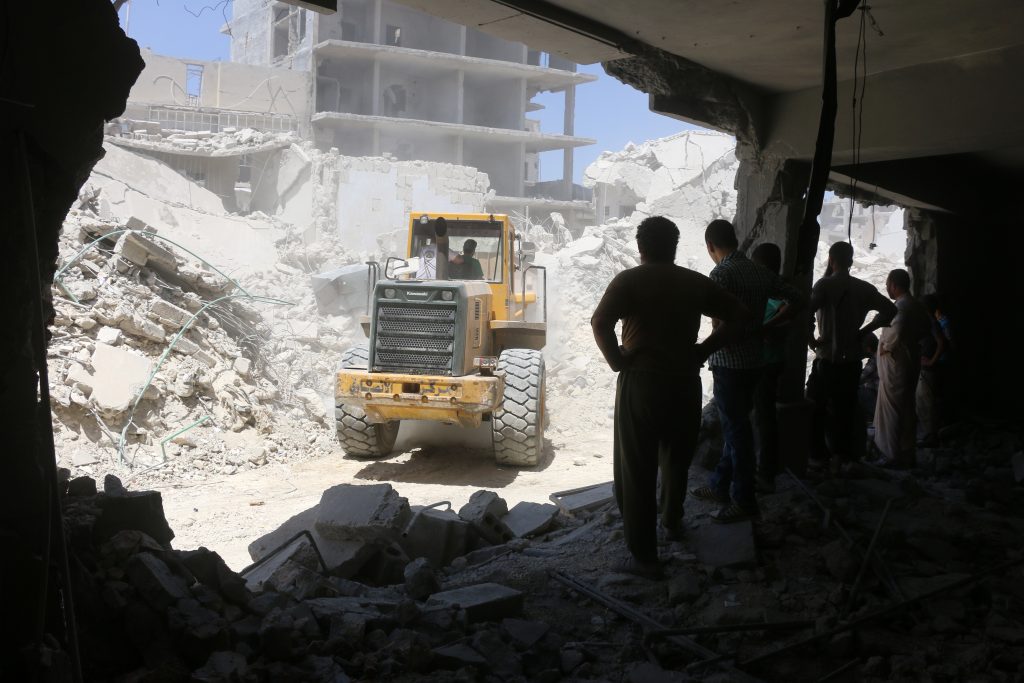 Syrians shelter in a damaged building

A day earlier, Putin had personally joined the fray with an op-ed in The New York Times, in which he insisted that “there is every reason to believe [poison gas] was used not by the Syrian Army, but by opposition forces.” Russian Foreign Minister, Sergei Lavrov, later revealed that the source of Putin’s certainty, was a report by Mother Agnes. He also insisted that the claims had been borne out in an open letter to then President Obama by a group of former diplomats and spooks calling themselves Veteran Intelligence Professionals for Sanity. Published on September 6, the letter, however, was plagiarised from an article posted five days earlier on the Canadian conspiracy site Globalresearch.ca. RT courted further opprobrium when one of its programmes (titled, ironically, ‘The Truthseeker’) advanced a conspiracy theory that the BBC had staged a chemical attack to malign Assad. This led to RT being sanctioned by the British broadcasting regulator, Ofcom.

RT responded with similar alacrity to the brutal siege and bombing of Eastern Aleppo last fall. Russia had entered the war ostensibly to fight IS, but it had devoted most of its resources to fighting Assad’s opposition. Unable to dislodge eastern Aleppo’s recalcitrant population, it had taken to systematically bombing the city’s medical facilities. It also continued the regime’s strategy of targeting first responders, who were all declared ‘Al-Qaeda’. Under these circumstances, when the volunteers of the White Helmets were nominated for a Nobel Peace Prize, it posed a serious threat to Russia’s official narrative.

In over three years since their founding in early 2013, the White Helmets had received only one mention on RT. But after shocking footage emerged, of a dazed five-year-old Omran Daqneesh rescued by the White Helmets from his bombed home in Aleppo, a furious campaign was launched to discredit them. RT has since posted nearly 40 articles and videos attacking the White Helmets, recruiting such improbable figures for its campaign as a Bolivian soap star, an editor for Alex Jones’s Infowars.com and a blogger for the pro-Kremlin conspiracy site, 21stCenturyWire.com. Max Blumenthal, an American participant of the ‘infowars’ session in Moscow, also echoed the attacks.

RT’s real coup, however, was a presentation at the UN by the ‘independent Canadian journalist’ Eva Bartlett, in which she claimed that there were no White Helmets in Aleppo, that the White Helmets were terrorists, and that they recycled children in their rescue videos. RT’s ‘In the Now’ edited out the more fatuous parts of her presentation and turned the video into a viral hit.

Bartlett, however, is no journalist. She is a contributor to conspiracy sites like SOTT.net, The Duran and Globalresearch.ca. She wears an “I â™¥ Bashar” bracelet and had recently returned from a regime-chaperoned tour of Aleppo. Her presentation was organised by the regime’s mission at the UN. But despite the absurdity of her claims, the diffusion of the propaganda forced serious journalists to waste time debunking her. 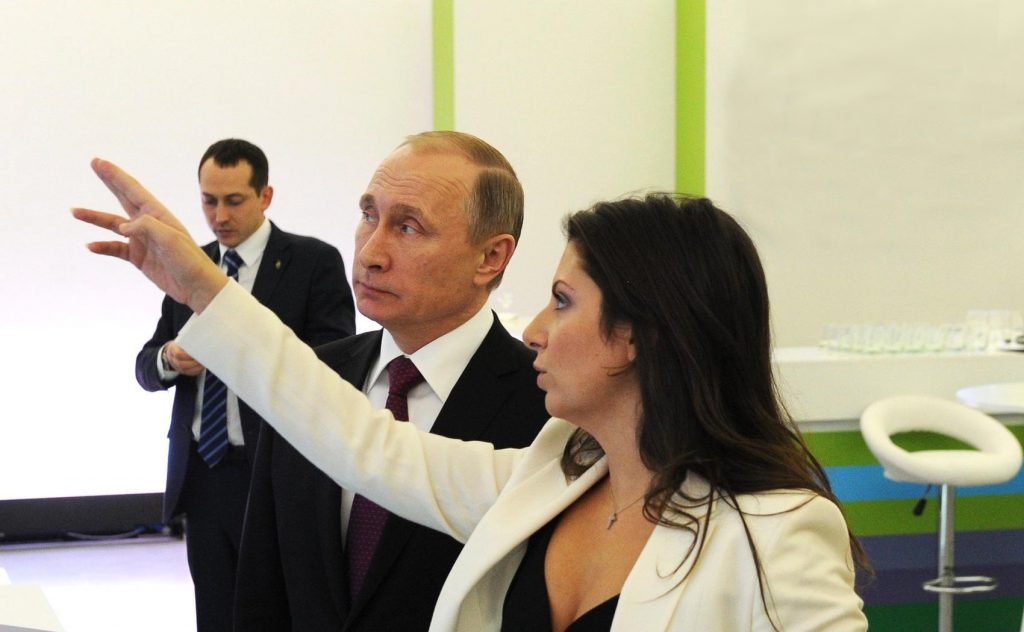 Sensory overload is part of RT’s propaganda strategy. “The point of modern propaganda isn’t only to misinform or push an agenda,” says Garry Kasporov. “It is to exhaust your critical thinking, to annihilate truth.” But RT’s success online is only partly related to its self-image as a nemesis to a seemingly compromised Fourth Estate. The main reason for RT’s success lies beyond the realm of fact or reason. As politics has become increasingly existential with populist demagogues stirring up nativist sentiment from the US, Europe and India, people are choosing media that respond to their psychic needs. They seek affirmation, not information. It is to these sentiments that RT caters with its conspiratorial worldview that amplifies their grievances and diverts their fury onto convenient scapegoats (inevitably, enemies of the Kremlin).

The US is still reeling from the fallout of a presidential election, in which Russia is suspected of having played a pivotal role. France has just issued a warning to Russia for its disinformation campaign in support of its favoured candidate, the far-right populist Marine Le Pen. German Chancellor Angela Merkel, too, is in the crosshairs for embarrassing the Kremlin, by welcoming a million Syrian refugees displaced by Putin’s client in Damascus. And RT is a major instrument through which the political damage is done. But, to counter this wave of political sabotage and public manipulation, journalists in the rest of the world will have to be unfaltering in their responsibilities, lest they end up as involuntary fact-checkers in RT’s propaganda game.