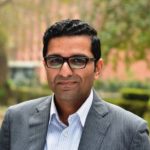 Yaqoob Khan Bangash is a historian of Modern South Asia at IT University, Lahore and author of A Princely Affair: The Accession and Integration of the Princely States of Pakistan, 1947-55.

Partition is a very modern concept. In olden times, empires ruled the day where motley religions, ethnicities and races lived together, even if often precariously. However, the dawn of the ‘modern’ era, as it is called, led to the rise of the ‘nation-state’ in the aftermath of the Peace of Westphalia in 1648. But the ‘nation-state’ concept, while compelling, only achieved partial success till the nineteenth century when several nation-states emerged. Then in the twentieth century the First and Second World Wars heralded a great dismantling of empires which led to an exponential increase in the number of nation-states in the world. For example, at its founding in 1945, the United Nations counted 51 members, which grew to 76 a decade later, 117 by 1965, and 185 by 1995. Today the United Nations counts almost all sovereign nations as its members, with the tally standing at 193 members. Rapid decolonisation after the Second World War was the main reason for the membership of the United Nations to grow so rapidly, and the world saw the rise of several new nation-states. 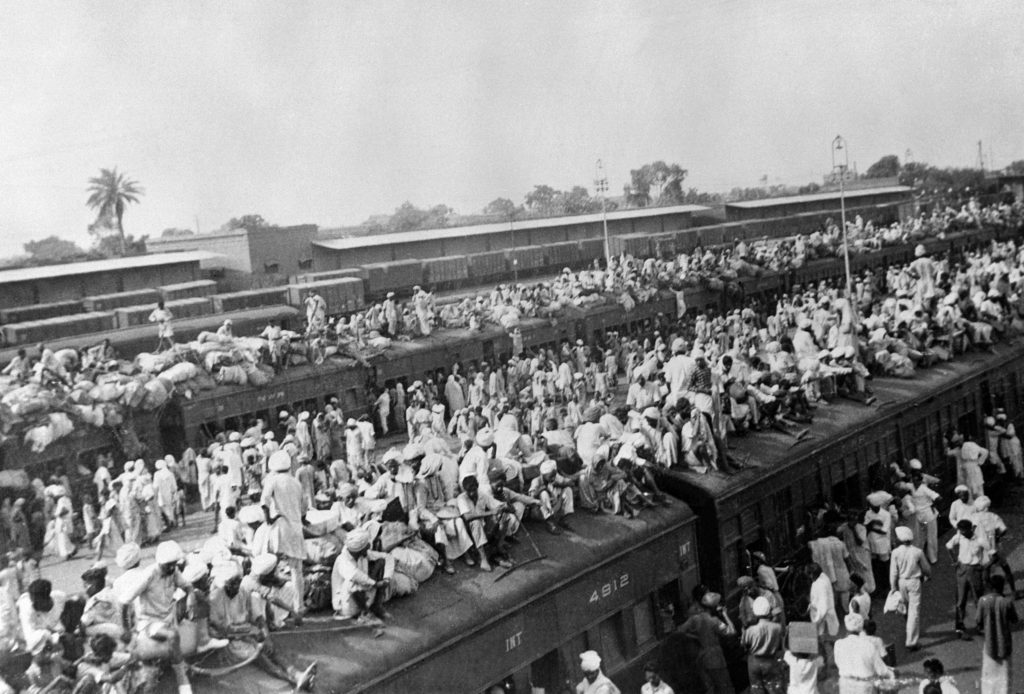 As empires unravelled, so did the tensions between different ethnic and religious groups. Simmering for decades, they now came to the fore. The imperialists had first nurtured and then kept in check several of these fissures, but news of their departure brought them to the tipping point. Hence, Ireland was divided into Northern Ireland and Southern Ireland in 1921, along denominational lines, the British Indian Empire was divided between Hindus and Muslims in 1947, the British Mandate in Palestine was split into the State of Israel and Palestine in 1948, and North and South Korea came into being in the aftermath of the Korean War in 1953. All these ‘partitions’ created wounds and scars which still exist and haunt not only the inhabitants of these nations, but the whole world.

When partitions were affected, all of them were offered as ‘solutions,’ as the ‘last resort’ and as the ‘best option’ to intractable problems. For example, Ireland was divided because the overwhelming population of the island was Catholic and wanted independence from the mainly Anglican and Protestant United Kingdom. However, the six north-eastern counties, which had Protestant majorities, were ‘unionists’ and wanted to remain within the United Kingdom as opposed to the ‘republican’ southerners. Thus, when home rule was debated for Ireland, it was unclear what powers the Catholic Republicans and the Ulster Unionists would have. Hence, the Government of Ireland Act 1920, which created this partition, led to the Irish War of Independence in 1921, culminating in the Anglo-Irish treaty, which created the Irish Free State in the southern part. Eventually the Irish Free State evolved into the Republic of Ireland which by 1948 cut all constitutional ties to the United Kingdom. But, this ‘solution’ did not ‘solve’ the Irish ‘problem,’ and decades of unrest ensued, with both the majority Ulster Unionists determined to keep northern Ireland a part of the United Kingdom and the minority Republicans fighting for a united Ireland separated from Westminster. 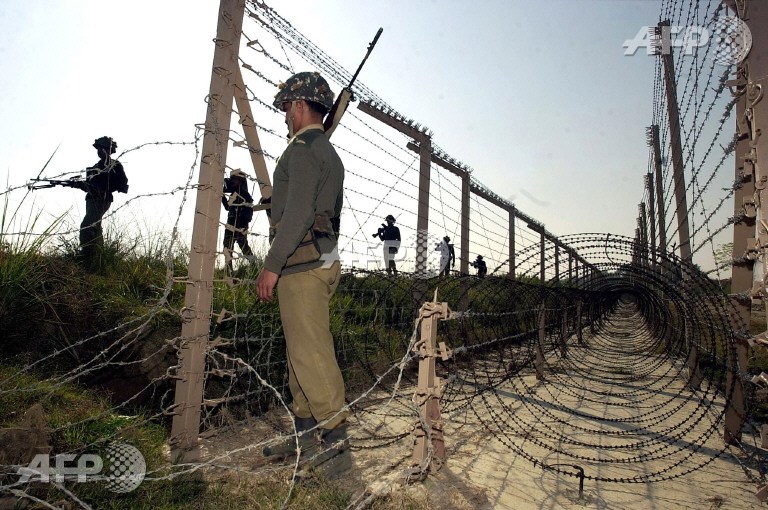 Similarly, the partition of the Mandate of Palestine by the United Nations in 1948 into the State of Israel and Palestine, which was then transferred to Trans-Jordan, did not offer a lasting solution. Some Zionists were unhappy that their ‘Eretz Israel’–the whole land of Israel – had not been realised, while the Palestinians lost considerable land and property. The uneasy peace which dawned on the region for a couple of decades then culminated in two wars, in 1967 and 1973, where Israel captured most of the remaining Palestine and the Gaza strip, the Sinai peninsula from Egypt, and the Golan heights from Syria. Negotiations which followed only led to a return of the Sinai to Egypt and peace was established between Egypt and Israel, and also Jordan and Israel, but the core issue of Palestine remained and still remains. The partition, which was supposed to forever resolve the issue between the Jews and Palestinians by giving them a state of their own, is still incomplete.

And in Pakistan’s case, the partition in 1947 of British India between Pakistan and India (or Bharat), ended up ensuring that lasting peace could not be a achieved between the two new countries. Predicated upon the fact that one community claimed that it could not live with the ‘other,’ this ‘othering’ seeped into the identity of the communities. So for Pakistan, its identity is inextricably tied to being ‘not India,’ as that was, and still remains, its sole point of departure. Since the partition of British India was not done surgically, and it could not have been done that way in any case, this ‘othering’ created a lot of simmering issues. So while Pakistan was created for the ‘Muslims of India,’ a considerable number of Muslims remained in India. Similarly, numerous Hindus and Sikhs who already lived in the area which formed Pakistan, refused to leave the land of their birth and the home of their ancestors, and remained in ‘Muslim’ Pakistan. But since partition was done on the basis of religion, were Muslims living in India Pakistanis, and were Hindus living in Pakistan Indian? This question has always haunted the minorities on both sides of the Radcliffe Line, and the attitudes of both Islamabad and New Delhi have done little to dispel this notion. 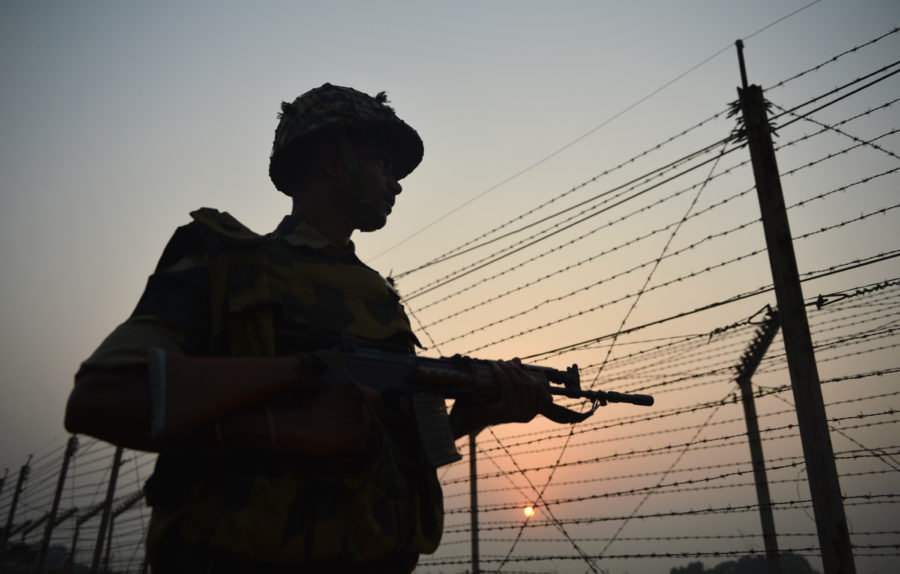 More than 70 years have passed since the partition of British India into Pakistan and India, and yet it seems that it happened only a moment ago. Any visit to the jingoistic flag lowering ceremony at the Wagah border between Lahore and Amritsar would be testament to Pakistan being a ‘Fort of Islam’ and the strong rise of ‘Saffron India.’ The clash of these two identities not only makes relations between the two nuclear-armed countries difficult, but makes the lives of their citizens more dangerous. Thus, the charge of ‘anti-national’ is almost a synonym for a Muslim in India these days, while Hindus rarely even feature in the national discourse of Pakistan. The reinforcement of identities and the ‘othering’ of one community through partition has led to internally incoherent and weak states, rather than the opposite which was hoped for.

Partitions have always created more problems than they have solved, uprooted more people than they have habilitated, led to more violence than they have quelled, and left deep wounds and scars which will take generations to even understand and grapple with. The cost of partition – be it in Ireland, Palestine, South Asia, the Korean peninsula, or anywhere else – will always be more than its benefit, and will continue to haemorrhage the communities it is supposed to serve. Rather than being a positive, partitions are predicated in the negative, even in intolerance, racism, and jingoism, and therefore can never bring lasting peace and prosperity. In fact, they entangle communities in such a vicious cycle that states would starve their own people – like in North Korea – or forego the benefits of trade and development, as between India and Pakistan, or see the dividends of peace and security, as in Israel and Palestine, just to maintain their often imagined identities and positions.

Ultimately the cost of partition throughout the ages has been that of human suffering, in fact, continued human suffering. Partitions offer a Band-Aid to a developing cancer, but never address the deep-seated core issues. Separation, and that too forced separation, never solves a problem; it only postpones its eruption again, and often in a more bloody form. The time has come that we should begin thinking of options beyond binary separation and towards solutions which are for the benefit and mutual co-existence of the human race.