Farrukh Khan Pitafi is a print and electronic media journalist based in Islamabad.    … 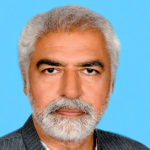 Ayaz Amir is a prominent Pakistani print and television journalist, columnist, political analyst and commentator. He also served as member of the National Assembly in 2008 as a candidate of the Pakistan Muslim League (Nawaz).

It has, largely because there was no other choice. This is what the iron laws of history gifted us with: the western model of democracy. The Raj, or call it colonialism, just happened…no one had invited it. Imperialisms, after all, are seldom invited. They come of their own accord, the will of the strong prevailing over the dazed incomprehension of the weak.

When the Portuguese, the French and the British first arrived on Indian shores and established trading posts on the western and eastern seaboards of India, not just the people, but the various rulers of India did not understand what these arrivals meant, or what they could lead to. The Mughals were great within the confines of their limited imagination. They had no intercourse with the seas or the oceans, no understanding of sea power. Much more than 17th or 18th century China, India was a closed world, entwined unto itself, almost totally unaware of developments in Europe, let alone the new worlds discovered across the Atlantic.

Oil on Canvas by Benjamin West (1818) : ‘The Mughal emperor Shah Alam hands a scroll to Robert Clive, the governor of Bengal, which transferred tax collecting rights in Bengal, Bihar and Orissa to the East India Company, August 1765.’

With British colonialism came a whole host of things: porridge and eggs for breakfast, an inclination for robust tipples like gin and whisky, as opposed to gentler spirits like wine, and the English language, as opposed to French or Portuguese.

Democracy was alien to the subcontinent. It was alien to the world of Hinduism and Islam. It came to South Asia via the Raj, the bare rudiments of self-rule first, followed in time by larger strides towards the notion of representative government.

The Indian freedom movement took off within the parameters drawn by the British, the first Indian nationalist leaders throwing at their foreign rulers not quotes from Marx and Engels — or, specifically, the Communist Manifesto, as well they might have done — but the precepts of liberalism first heard from the lips of those alien rulers, their impassioned arguments honed not from the Quran or the Vedas, but the textbooks of the latest in a long line of conquerors and foreign masters.

To a surprising extent the towering figures of Indian nationalism were lawyers: Motilal Nehru, Mohammad Ali Jinnah, Mohandas Karamchand Gandhi. They came of age in that milieu and it was from there that they acquired their ideas, which they carried with them to India. Those were their acquired tools with which they took on their colonial masters, taking good care most of the time, however, not to stray too far from the parameters cut in stone by the Raj.

Jawaharlal Nehru was the closest thing to a socialist in the front ranks of the Indian freedom movement — but his was a Fabian socialism, the kind associated with George Bernard Shaw and the British Labour Party. There was nothing red or Bolshevik about it. Nehru was no lawyer, but he did go to Harrow and Cambridge and wrote surpassingly good English, far superior to anything he could do with Urdu or Hindi.

Gandhi defied the British and broke colonial laws, but his defiance was of the non-violent variety, something the British could easily live with. What the British couldn’t abide was revolutionary action such as that espoused by Sardar Bhagat Singh and his small band of Punjabi followers devoted to the cause of popular rebellion. The British couldn’t abide the likes of the Congress leader Subhash Chandra Bose who founded the Indian National Army and decided to throw in his lot with the Japanese in order to fight British colonialism.

No Indian or Pakistani will admit it, and no scholar of repute will subscribe to this thesis, but someone who unwittingly did his bit to hasten Indian independence was Hitler. Germany lost the war and lay in ruins, but in the process it also brought about the exhaustion of the British Empire. Britain could no longer carry the burden of empire. Its precipitate withdrawal from the subcontinent was less an act of generosity than a grudging concession to reality.

Hindus and Sikhs fought Muslims, and vice versa, in Punjab but this was a different story with causes internal to the various races and faiths of the su-continent. This apart, the British withdrawal from India was a remarkably peaceful affair, the British parliament enacting a law for Indian independence and the partition of India, and Indian, Muslim and Sikh leaders sitting down in civilised conversation with the British Viceroy, Louis Mountbatten, to sort out the various details and formalities.

Both newly emergent states remained dominions, with the British monarchy retaining the privileges of titular sovereignty. Jinnah became governor general in Pakistan but Mountbatten was governor general of India, and even in Pakistan, senior positions in the armed services continued to be held by British officers.

Integral to this independence package were the trappings — or call them the arrangements — of democracy: elected assemblies and constitutional government — in other words, a variant on the western model of democracy. A variant because in whatever they did, the British were never without a sense that they were the masters and it had been their historical responsibility to bring civilisation to India. The people of India were good in subordinate positions and some races made excellent soldiers, provided of course they were suitably led. But many of Churchill’s compatriots shared his views that Indian leaders were men of straw, etc. 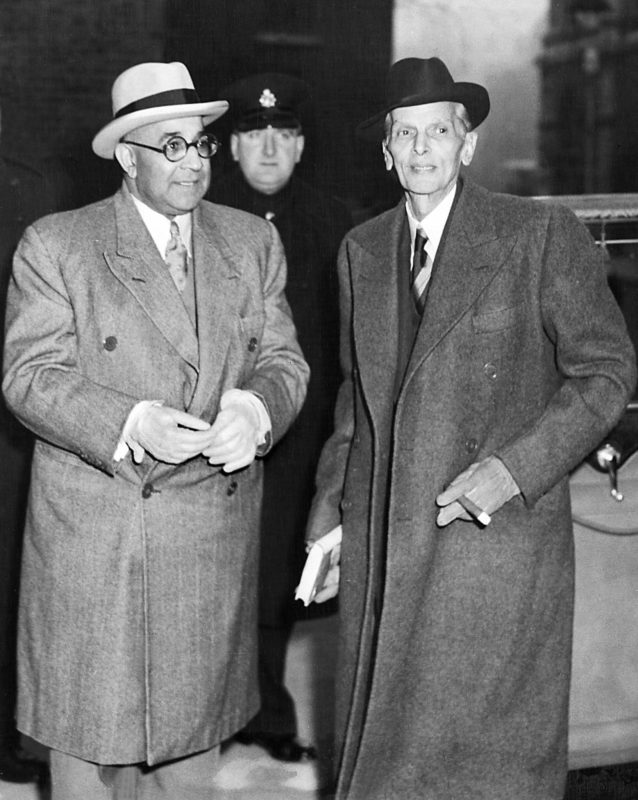 The British had won the subcontinent by the sword and they were leaving it for other reasons and not because they had been defeated in battle. Consequently, if they had a superiority complex, to a large extent it was justified by facts and circumstances. The ruling classes of India and Pakistan inherited this superiority complex without any comparable justification.

Far from fighting the British tooth and nail, the new ruling classes were beholden to the British for many of their inherited privileges. With the British leaving, these new elites became the ‘brown sahibs,’ their attitude towards their lesser-privileged compatriots mirroring, or rather aping, that of the erstwhile ‘white sahibs.’ This is the South Asian variant of western democracy.

There have been no social and revolutionary movements in the subcontinent like those in Europe and elsewhere, which have served to soften, if not break the barriers between various classes. And religion remains a factor in South Asia to an extent not to be found nowadays in other lands and climates.

Even so, there are no alternatives. In 1947, there was no alternative to democracy in India and Pakistan. The ruling classes of both countries were familiar with nothing else. Democracy could do with improvements all across South Asia, but East Asia-style authoritarianism is not an alternative as it wouldn’t work here. There is no historical memory of it, as there is in East Asia. In the collective consciousness of the educated and other elite classes, the only seeds implanted relate to notions of governance given currency and legitimacy by the British colonial experience.

This could have been different if India had taken a different historical path, if, say, instead of the British, the French had prevailed in India. In that eventuality, apart from a greater discernment about the relative merits and finer points of different wines and cheeses, there would not have been the same progression towards ‘liberalism’ and representative rule as there was under the British.

There would have been a greater incentive instead for Indians of energetic casts of mind to read Marx and perhaps Lenin, rather than John Stuart Mill. Admittedly, we are here mounted on the steeds of speculation. Still, with the French or the Portuguese instead of the British, it is possible to envision a more violent state of affairs than came to pass in India during the long years of the so-called freedom movement.

The French would have made revolutionaries of Punjabis and Pathans. If, on the other hand, Vietnam had been a British colony instead of a French one, Ho Chi Minh and Marshal Giap would probably have been lawyers, arguing finer points of law and liberal doctrine in a Hanoi legislature. 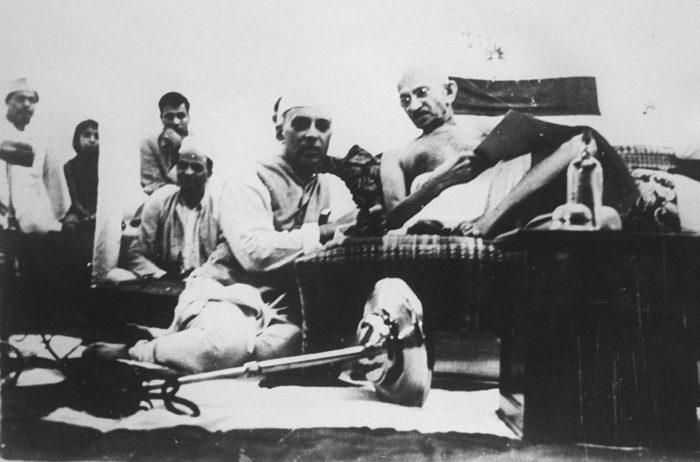 August 9, 1942: Jawaharlal Nehru (L) and Mohandas K. Gandhi (R) at the historic meeting in Bombay of the All India Congress Committee when the “Quit India,” resolution was adopted, demanding that Great Britain leave India. (AFP)year 50 years of independence 15 August from British rule. (AFP)

The British in Africa were different. In Kenya events led to the Mau Mau rebellion. In South Rhodesia the emergence of a white supremacist regime created conditions for the outbreak of an armed uprising. India was different. Probably the soil and climate were different, or long inured to invading armies. The people of the subcontinent were probably more docile — or their various religions encouraged a fatalistic view of life, that whatever came to pass was predetermined, ordained by the powers above, and that the best that humankind could do was to submit to the will of the unknown.

Whatever the causes, the British intervention in South Asia created the conditions for only this brand of democracy and nothing else. It’s not as efficient as the Chinese or South Korean models, but looked at through the lens of history, nothing else could have arisen, and probably, nothing else would have worked.