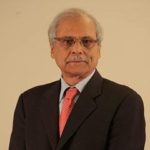 Zahid Hussain is a journalist and author of Frontline Pakistan and The Scorpion’s Tail. He writes for The Economist, The Wall Street Journal, The Times of London and Newsweek.

Often described as a “shotgun marriage,” the alliance between the United States and Pakistan, reformalised in the aftermath of the 9/11 terrorist attacks, has come full circle. President Trump’s offensive tweet accusing Islamabad of “lies and deceit” and Pakistan lamenting the “betrayal,” sums up the nature of an estranged relationship on the verge of a break up, even if a divorce may not be on the cards yet.

But the fate of the partnership was foretold. It was a long time coming. The US action of cutting military assistance has not come as a surprise. What President Trump declared in the crudest way possible, had been stated in a more nuanced manner by the two previous US presidents and other officials, many times in the past. The Trump administration’s punitive action manifests America’s frustration over its forces being humiliated in the Afghan war — the longest military exercise its military has engaged in.

The history of the US-Pak relationship, spanning over 70 years, is a story of what is aptly defined as “magnificent delusions.” From being the closest US ally in the Cold War era and a frontline state in the Afghan resistance war against the Soviet invasion in the ’80s, Pakistan became the most sanctioned country in the 1990s.

But the dramatic turn of events in the aftermath of 9/11 once again pushed Pakistan into the international spotlight as a critical US partner in the ‘war on terror.’ It was the second time within two decades that Pakistan had become a frontline state in another war in Afghanistan. However, this time it was more of an alliance of expediency, driven entirely by a convergence of interests, than a partnership.

It was an astonishing turnaround for two nations that had pursued opposite agendas in Afghanistan prior to this point, thus bringing two erstwhile partners into a new embrace. The United States believed Pakistan was critical for the success of its war against the perpetrators of the 9/11 attacks. Meanwhile, for Pakistan, there was no choice other than joining the international coalition and complying with the UN Security Council resolution that bound all nations to support the war. That also provided the Pakistani rulers with an opportunity to end the country’s status of a pariah. 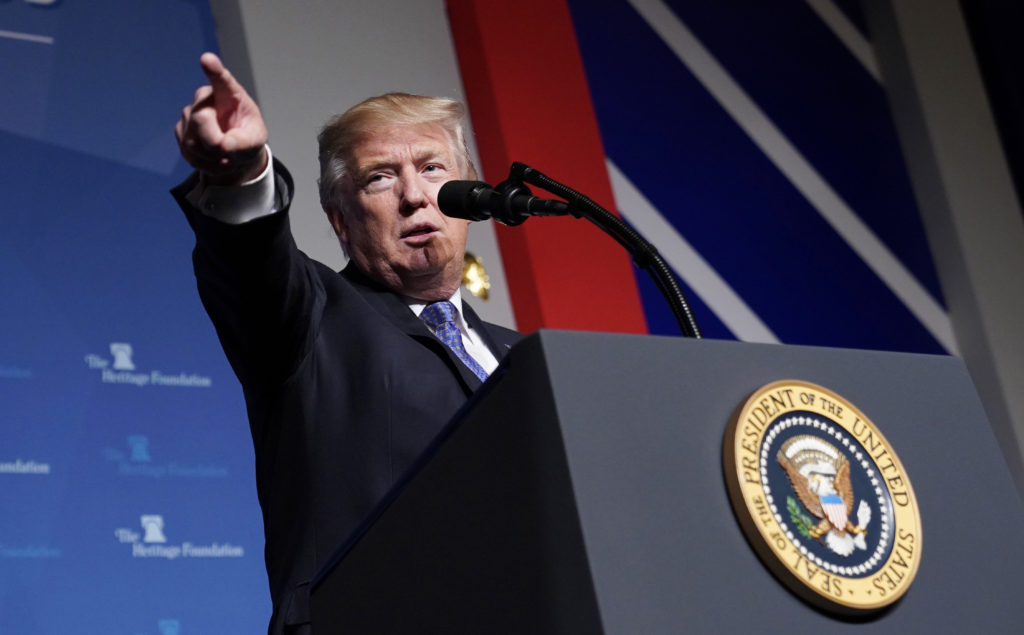 Pakistan’s cooperation did help bring down the Taliban regime in Afghanistan and in the crackdown on Al Qaeda. Most of Al Qaeda’s top leadership, except for Osama bin Laden and deputy Ayman Al Zawahiri, were either killed or captured by Pakistani security forces. However, driven by the US invasion in Afghanistan, Al Qaeda operatives took sanctuary in the Pakistani borderland.

This remarkable cooperation between the intelligence agencies of the two countries continued, despite the huge wall of distrust that had existed between them since the 1990s, when the United States had walked out of the relationship. For Pakistanis, the bitterness of the US “betrayal” following the end of the Cold War, never abated. The split started widening with the rise of the Taliban insurgency in Afghanistan, in 2005.

The Taliban leaders and fighters, who had taken sanctuary in Pakistan after the US invasion, began reorganising to launch a resistance war against the occupation forces. Pakistan, even if it did not help directly, looked away as the Taliban set up their command centre in the Pakistani city of Quetta. The most fierce of the Taliban factions, the Haqqani network, was blamed for many of the attacks in Afghanistan. The group reportedly operated from North Waziristan Agency until the Pakistani forces cleared the region in 2015. That exposed Pakistan to allegations of playing a “double game.”

That also saw the beginning of America’s second Afghan war. The first one, which started in October 2001, ended in a quick victory for US forces with the routing of the Taliban regime. But the triumph was short-lived. Four years later, in 2005, the US found itself involved in its second Afghan war, with thousands of coalition forces engaged in a fierce battle with revitalised and regrouped insurgents — with no victory, illusory or otherwise, in sight.

That also led to the downturn in US-Pak relations. These hit their lowest ebb in 2011, following the raid by the US Navy Seal team on Osama bin Laden, in his hideaway in Pakistan’s garrison city of Abbotabad, and an air strike on a Pakistan border post, which killed more than a dozen army soldiers and officers. Those incidents drove Pakistan to close down the supply lines to the coalition forces in Afghanistan.

That resulted in a recalibration of relations between the two allies — which morphed from a strategic alliance into more of a transactional arrangement. Both civil and military aid from the US had already been curtailed during Obama’s second term. And like the previous administrations, the Trump administration too believes in unquestioned cooperation, thus completely ignoring Islamabad’s interests.

Now, the residual transactional relationship has also come under strain after Trump’s announcement of his administration’s South Asia policy last year. There is nothing in the new US policy laid out by President Donald Trump that can bring the 16-year-long Afghan war to an end. The strategy of linking Afghanistan with America’s South Asia policy has further deepened regional tensions. The Trump administration’s tough stance has failed to soften Pakistan’s position.

The decision by the Trump administration to bolster the presence of US troops in Afghanistan raises questions about the third phase of the Afghan war. Although Trump has said that US troops will not stay in Afghanistan for long, there is certainly no clear exit strategy. As in the past, the emphasis is on a military solution that may keep the US involved in the Afghan war forever. 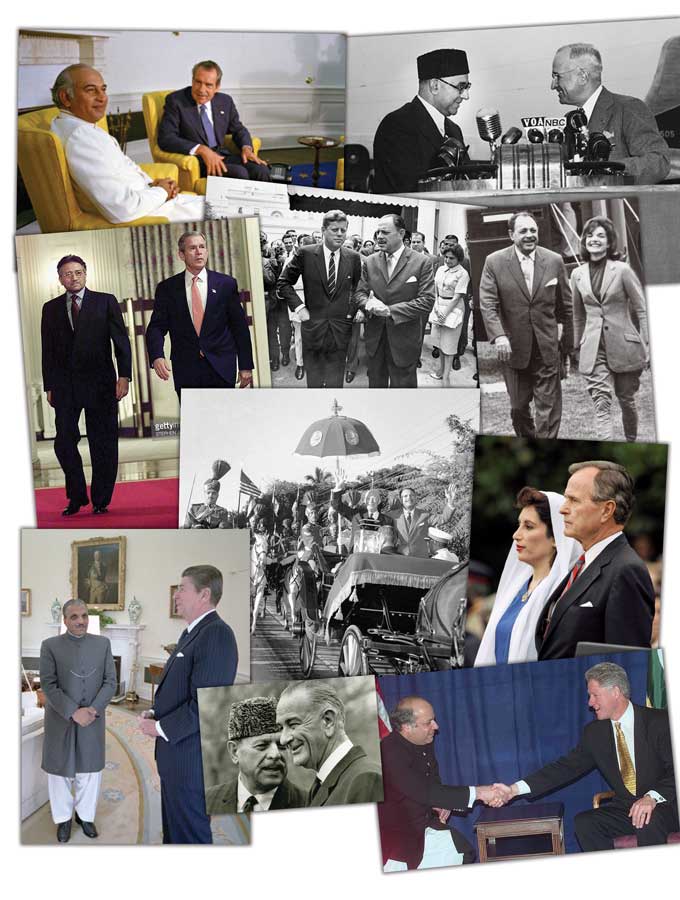 Most US defence analysts agree that a surge in troops can only help in maintaining the existing stalemate. The new American strategy has come at a time when the Afghan Taliban insurgents have expanded their influence to over 40 per cent of the country that is plagued by rising internal political discord. It will not be easy for the US forces to contain the Taliban’s advance and to maintain the status quo for a longer period.

The surge is more of a patchwork effort than a serious attempt at exploring the possibility of a political solution to the Afghan conflict. Diplomacy and political options are clearly not a priority for the Trump administration, though there has been a fleeting mention of the administration’s willingness to begin talks with the Afghan Taliban. There is certainly no roadmap for peace.

But there is also no plan to stabilise the political and economic situation in Afghanistan. The danger is that a confused and flawed policy may push the United States much deeper into the Afghan quagmire and fuel regional tensions. Trump has declared that the US will strive for an “honourable” resolution to the Afghan war. But his strategy can neither win the war nor result in peace. The challenges confronting the US in Afghanistan are similar to those faced immediately after 9/11.

What has further complicated the situation for Pakistan is Trump’s policy of getting India deeply engaged in Afghanistan. Islamabad’s concerns about India’s economic and strategic cooperation with Kabul may be exaggerated, but the previous US administrations were careful not to encourage Delhi to expand its role in Afghanistan. Pakistani officials contend that the Trump administration has crossed the red line by making India a part of its Afghan strategy. 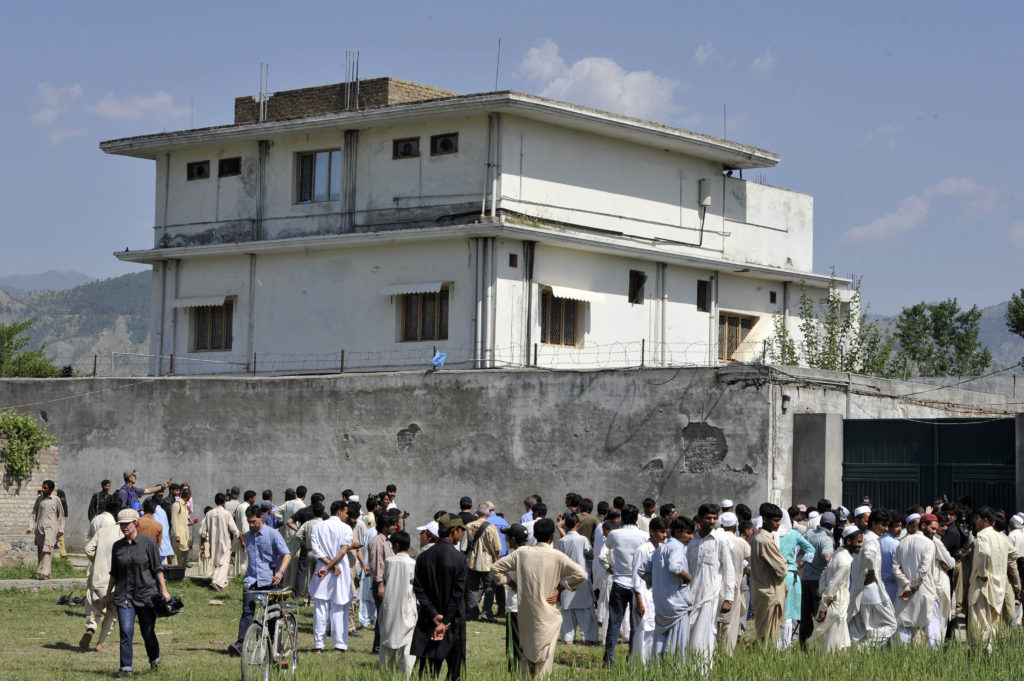 It is apparent, that no matter how intense the pressure from the US administration, it cannot force Pakistan to change its position. Even the deployment of more troops cannot help stabilise the situation in Afghanistan without persuading Pakistan to withdraw its support to Afghan insurgents, particularly the Haqqani network. But that can only be possible with the US addressing Pakistan’s security concerns, however exaggerated they may be.

The long, uneasy marriage that the US and Pakistan have found themselves in, has recently undergone further strain. There is still no sign of the two countries walking out of the relationship — at least not yet. Divorce is not an option for either Washington or Islamabad, despite the growing estrangement fuelled by Trump’s implicit threat of taking the Afghan war inside Pakistan.