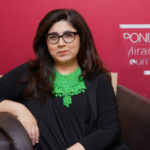 Aamna Haider Isani is a fashion writer and a critic. She is currently the editor of Instep, a weekly page of The News and has written for several other local and Indian publications.

If Nabila’s 32-year career in the beauty business had to be summed up in one word, it would be ‘change’ because that’s precisely what this one-woman wonder is all about. Whether we talk about the way she transformed the dynamics of the beauty business in Pakistan or the manner in which she changed celebrities with career-defining makeovers, hers has been a passage of constant and consistent evolution. Her growth has also been very revolutionary. In a population of women who shy away from the word ‘individuality’ — preferring to stay safe by conforming to the norm — Nabila, through her vision for fashion editorials and edgy imagery, actually changed the average woman’s perception of what looked good.

Working on that same strain, she changed their relationship with makeup when two years ago she launched her first makeup palette — No Makeup — at a time when heavy makeup was being embraced by all and sundry. Last month, Nabila upgraded her palette and called it ZERO before launching it internationally, at Bloomingdales in Dubai. Hers was an idea that motivated women to spend less than a minute on looking perfect.

“This is the anti-makeup makeup,” she laughs when I remind her of the world’s obsession with makeup. Once again, she’s swimming against the current. “This is what I carried when I was climbing up Kilimanjaro. It’s for women with no time and the search for perfection.

“I have to be able to do my makeup in one minute, and I have to look like I don’t have any makeup on. That’s what I believe, and I think more people will believe it. I’m the anti-establishment — I’m selling the opposite of what the others are selling.”

Pakistan is a difficult market in the way that women are unwilling to experiment whereas you’ve always worked left of centre. How do you change mindsets when you’re launching a product like Zero Makeup in a country like Pakistan, where people come in with a stereotypical ideal of how much makeup they need to use to look good?

Pakistan has been the easiest place for me. When I launched the product in Pakistan, within a week I knew we had hit something really big; it was a huge success and it was extremely well received. I think women all over the world love to look ‘naturally made up’ but they don’t know the definition of natural and get tons of makeup to look natural. Nudes and earthy colours are a big trend, especially for brown people, because they compliment our skin tone. So Pakistan was an easy ride. What’s more challenging is Dubai, where we landed and saw heavily contoured women with shimmer and false lashes, all for a casual lunch! I thought to myself, ‘Oh my God, how am I going to sell Zero Makeup to these people!’

I putting your voice, product and ideology out there; it’s made your transition to the international market easier. Would you agree?

We are really big on social media and with Zero Makeup, I don’t know any boundaries! When people ask me where I live, I’d say, ‘I live in a transit lounge’ because I’m travelling so much. There is no identity anymore, there is no geography anymore. I’m almost bordering on no gender anymore either. I’ve transcended all these containers life gives you, and you literally live virtually on social media now.

I look at all the comments that come in; a lot of them are trolls and filters that you just need to delete or ignore. But it’s a good instrument to measure what people are thinking all over the world. We get different responses from US, Europe, Middle East and South Asia. I always try to listen and improve my product or my service or my communication through the feedback.

Was there one particular comment that got you thinking…

Yes, one of the comments that came was that they thought we were not inclusive, and being inclusive is extremely important right now. So when I designed this range, we had five colours that went from light to dark. Light would have been Reema light but I realised very soon, when we launched in Lahore, that there were skin tones lighter than filmstar Reema that we didn’t cater for. That would be my Caucasian range, and I realised that these coloured-eyed people from up North are much fairer than that. Soon after that we formed a company in the US to launch in Hollywood and I had to complete the range with the Caucasian colour and I thought I completed the range with six colours, going from light to dark. Now in New York and even in the Middle East, we see a lot of African communities that are much darker than my darkest, which is now the Caramel, which would be like coffee with a little bit of milk, like Naomi Campbell. We have just finished making our seventh colour after interacting with this one person on social media, who brought this out very strongly. 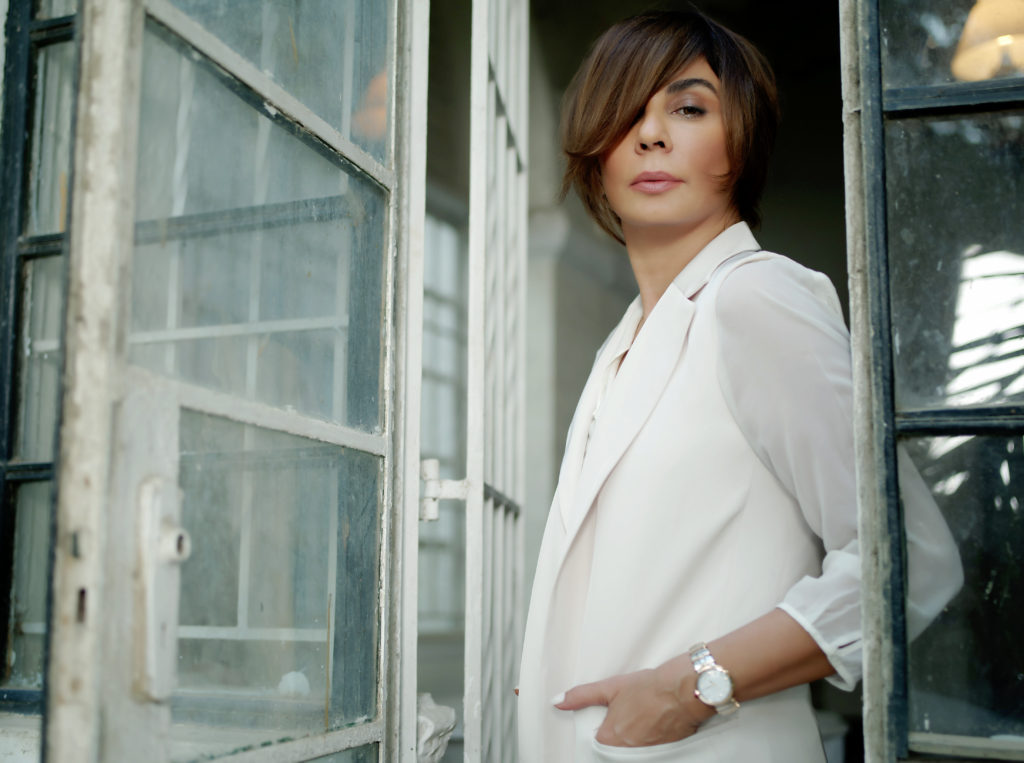 How does Zero Makeup appeal to the heterosexual Pakistani man, who doesn’t use, or at least doesn’t admit to using makeup? I’ve actually seen several men with the Zero palette.

Our movie stars don’t leave home without makeup, usually you’ll find a palette in their pocket — these are all straight men. Why should a man not be allowed to correct his imperfections? There was a time when men wouldn’t get facials, but men’s salons are now full of men with big beards and moustaches, sitting there with cucumbers on their faces and I’m shocked to see how much vanity they have.

In Korea, 50 per cent of the cosmetics are sold to men, so why not here? And this is not a cosmetic you’re putting on your face. You’re just correcting some imperfections, maybe a zit, maybe a pigment patch or dark circles or something. And it is so invisible that it won’t look like makeup, and that’s the whole point — it transcends gender.

Speaking of gender, the fashion industry is that there is so much diversity and it’s inclusive in the sense that there is no sexual orientation that is right or wrong. I see a lot of gender inclusivity in your line of work.

I didn’t know the word ‘inclusive’ till a few months ago; I’m also very new to the word ‘empowerment.’ But for decades (we’ve been working for 32 years) I’ve employed all castes, all levels of people, all religions, handicaps, and all genders. I love quirky, so I’m very happy out of the norm. I feel the common denominator is intelligence, talent, hard work, enthusiasm. If you have these qualities, you don’t need anything else.

Empowerment, yes. When it comes to in-house, that would be the first step. I don’t have discrimination within this company. It’s all-inclusive, as long as you speak my language, which is of passion and talent.

I think Zero Makeup is empowering, because this range is all-inclusive. I’m empowering the brown girl to be herself; I’m telling her she is beautiful. Unfortunately, my only frustration is that nobody wants to buy the dark colours because in their mind women think they are lighter. Personally, I like dark skin and I spend time in the sun so I can be at least one shade darker than I am. The challenge is to empower the brown girl to feel comfortable in her skin.

You also work with a huge team of transgenders. Is there a sense of responsibility there?

If you interview some of the transgenders that work here, they’ll tell you that they would probably be on the roads, prostituting or begging, if they hadn’t gotten this kind acceptance. They are very talented people and most of them do better makeup than some of the salons. So you channelise their strengths; they’re talented and they’re very strong. They’re stronger than other women because they are also men. I love working with them and I have fun working with them. You’d be surprised that the women and men we hire need more grooming because they’re not conscious of grooming. Not only physical grooming, but mental grooming, enlightenment, and vision. So I spend a lot of time team-building and sharing my philosophies with them, which is very important to me. 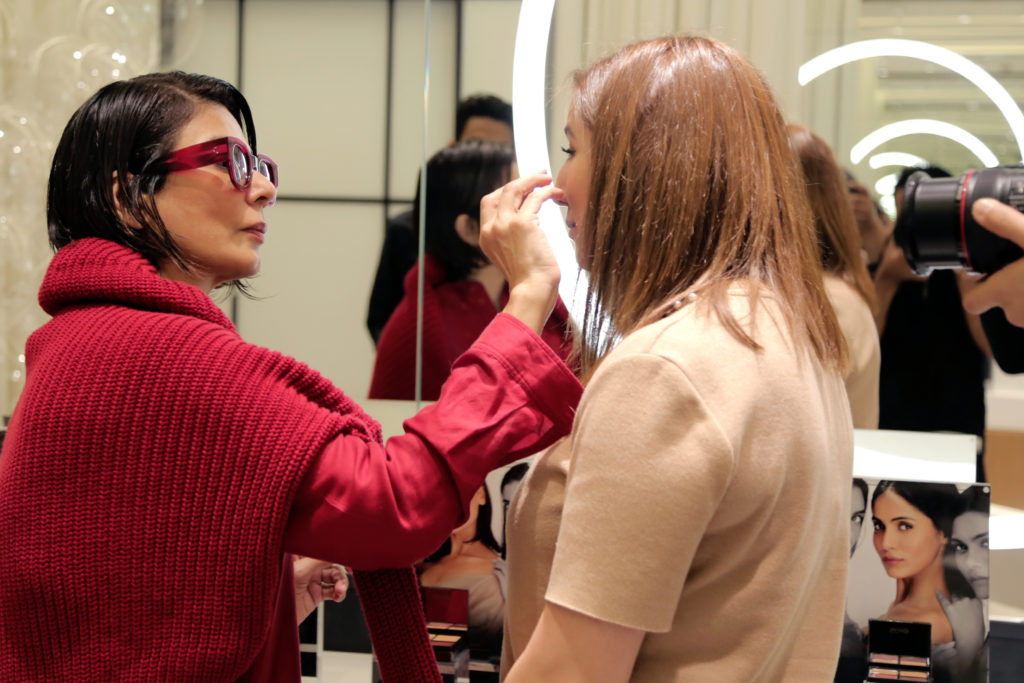 Goal 8 is one of the SDGs (Sustainable Development Goals), which talks about eliminating modern-day slavery by 2030. So I’m one of the founders of the International Goal 8 chapter and I am heading the Goal 8 Pakistan chapter, which is identifying NGOs and foundations that are eliminating modern-day slavery, bonded labour and child labour by educating children and getting them out of factories, sending them to schools. We’ve also opened up Hunar Foundation Hair and Beauty Institute. Hunar Foundation offers a three-month capsule hair and makeup course, which will get you earning very soon; it’s a vocational course for the underprivileged. Currently, we’re working with a group of 30 recruits.

The idea is to empower women economically. These are some of the things I want to be connected to because I think it’s payback time three decades later. And I would like to do it my own way, with what I do best. In a minimalist way, quietly.

Minimalist is a word that alludes to Zero. That is your mantra these days, isn’t it?

I love the Zero concept. It is disruptive, and when we were recently identifying our vision and goal, we came up with a very interesting word called ‘refficiency.’ Refficient, which is responsibly efficient. So it’s very important for this product to be a responsible and ethical product. So first of all, it’s zero animal tested; it’s certified for zero tolerance to child labour, to forced labour, to slavery, to unethical practice. And then it’s very empowering because it is telling a female that less is more and that you do not need to be a sex symbol and you can be yourself — and a better version of yourself. You can be efficient if you believe in the concept of less is more — less space, less makeup, less visible makeup, less fuss, less guesswork. So it’s like zero zero zero.

The whole concept of Zero needs to now expand as we take our footprint to India, Europe and the UK. We’re coming up with at least five more products before the end of this year. That will include a men’s range, that will have some more disruptive products. They have to be disruptive, why would I sell what others can sell? We are also coming up with a couple of other ranges, other than Zero Makeup, which will cater to assorted markets. But it’s a very exciting time because I have just discovered retail and I want to run with it!