If the world was coming to an end and we were to send one last message out into the cosmos that summed up the beauty of life on Earth, what would it be? 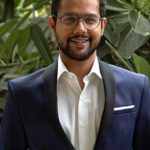 Ali Gul Pir is a comedian and rapper.

As I write this, I see the once majestic mountains crumbling and withering away till nothing remains. I see atheists begging God for forgiveness and cockroaches being optimistic about surviving this apocalypse. I am writing to you — whoever gets this — whether you’re an alien or another version of myself in a parallel universe, because we need to let you know that there was once a planet in the milky way called Earth.

And we did some atrocious things there, such as inventing the nuclear bomb, the duck pout and Nicholas Cage films.

But this message is specifically to talk about my planet’s beauty. The reason I’m sending this out is so that you can read my message and perhaps feel jealous, wishing that you had been on this planet too. Unfortunately, by the time you read this, it will be too late, for as I mentioned, Earth is on the verge of being done and dusted.

You might think I am crazy wasting my time writing to you instead of spending my last living moments with my loved ones, or praying to God for forgiveness. Well, I am not crazy, I simply come from an advertising background. So I thought before it all ends, I should write one last copy. 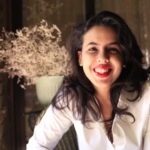 Saba Imtiaz is a freelance journalist and author of Karachi, You’re Killing Me!

Life on Earth was like a solar eclipse that we were fascinated with but couldn’t survive looking at, and so we kept trying to escape our surroundings. We travelled, and then filled those places with trash too, we spared nothing. Life on Earth was delightful if you were a man, and even more delightful if you were a woman or of a gender or sexual orientation that men didn’t understand, because then men spent much of their time trying to figure out how quickly they could get you off earth.

On Earth, we were wonderful to each other; so wonderful, in fact, that we feared each other and feared ourselves and feared the world outside. In turn, the world outside told us that we were fearful, that the world was right to fear us, that we should be thankful they thought of us at all. Life was so beautiful, so joyful, that we pretended all the time that it was even more beautiful and joyful than it really was, that we found it offensive if anyone ever told us that it wasn’t beautiful or joyful. Life on Earth was so great that we longed for it to be over, and now that it is, leaving this vast emptiness in the sky, we hope that we can find life elsewhere. We even promise not to bring the trash this time, but you shouldn’t trust us and our self-destructive ways.

But life on Earth was beautiful in ways that were unexpected: the random kindness of a stranger who only knew how to be kind; the cats and dogs who brought selfless joy into our lives; the days that it didn’t feel like we would turn on and destroy each other and ourselves, and the days that were full of laughter. Life on Earth had moments of solidarity, of friendship, of truth — moments where you felt imbued with the possibility that you could be anything and do anything. Those days were few, and rare, but those were the days that our lives felt filled with beauty and promise. That was what made the Earth so beautiful: when it showed us what it could be, not what we had turned it into. 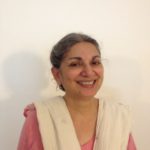 Rehana Alam is the author of two children’s books in Urdu. Her first novel, The Tea Trolley, was published last year.

How can I make you understand what wonders life held for us on Earth? What was beautiful and precious?

Beauty was a glass of clean, cold water. On a swelteringly hot day in Karachi, the gulp of that tasteless liquid sliding down the throat made us happier than a bride on her wedding day. The same clean water would then engulf us as the shower was turned on with a hiss. Oh! The glory of shucking off the daily grime and worry as we cleansed ourselves with what we could not even hold in our hands.

The crash of untamed waves on the beach splashed us again with water. But this time it was sticky and salty. We were stupefied by the power of the fluid ocean, its colours changing from a dingy grey to crystal green to blue to indigo, its endlessness. This too was water — uncontainable and imperial in its power.

The five rivers of our land were born in the mountains. They began small and insignificant like puny newborns in a slum. Sustenance came to them as snow melted in the high reaches of the Himalayas. Glaciers crept close and melted with love, and soon the rivers were roaring through deep gorges carved by their own might. What did they not give us as they headed home to the sea? Power to turn our engines, water for our farms, navigation for our boats and, of course, the long, cool draft to quench our thirst.

And rain! Fat, grey clouds would hurry away overhead to other climes. But sometimes they were benevolent and stayed with us. Then the heavens opened and down poured the sweetest, purest water. We opened our mouths and let the drops fall in, or we yelled and whooped as we were drenched by it. Then everything smiled. Leaves greened and their coats of dust washed away.

Water made rainbows, icebergs, oases. It was water that created the clink of ice in a glass, the roar of Niagara, the patter of raindrops. It was blue in the sea, white in snow and invisible in steam. It gave our lives fragrance and flavour. The fact was that Earth would have been just a lifeless, spherical rock without water. But the reality was that our lives became beautiful because of it. 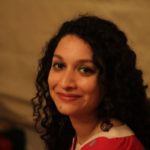 Shazaf Fatima Haider is a novelist and author of How it Happened, published in 2012.

If you have managed to decode this, then you will know that I once existed.

As the mountains collapse around me, I write to tell you that I am part of a race that chose as our symbol a dragon that turned around to eat its tail — a fierce creature that went on and on, eternal and powerful.

Reader, I am that dragon. When we eliminated disease from our DNA, we lived forever. Our men began to grow old and started eating their first-borns to give them vigour and strength in their advanced years. Yesterday, I murdered my husband because he ate my son. As the skies fall, the trees descend into sinkholes of our own making, I shall eat my husband to reclaim my son into my womb. I am the serpent who has consumed my own child.

We did this to ourselves, reader.

There was a time when my race was worthy. We embraced our mortality and our hunters gave thanks to the animals they killed because they knew that for one to have, the other must be denied. We respected the circle of life. We lived to worship the blue skies and died to protect love and freedom because they were worth something. We created art to connect with something greater than us. Our ancestors had told us beauty was only another name for how life rearranged itself when havoc had done its work. I do not know if you will know a mother’s embrace, or the miracle of a new baby’s cry. You will not see the colours of the sunrise or the deep pleasure in a cool drink of water. But know that they were beautiful, reader.

But we became arrogant. We innovated. Made our own trees and designed our own offspring. Mined the ground until it could give no more. The earth became sick like us. Now it is dying.

I have lived a thousand years. I’m tired. I write to tell you, reader, that my world was beautiful because it was finite. If you are like me, never forget this.

I offer you a new symbol to remember my race by — the cool rest of a peaceful grave.