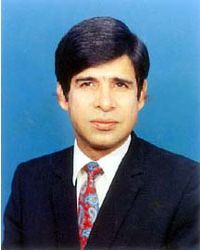 For the Muttahida Qaumi Movement, election 2002 has come as an opportunity to float new faces in electoral politics. The party, which still enjoys support in Sindh’s urban areas despite repeated crackdowns, has dumped most of its former lawmakers. Instead, the party is banking on fresh candidates in an attempt to beat its opponents, who in many constituencies are attempting to forge a solid anti-MQM vote bank by joining hands.

With the Jamaat-e-Islami-backed local government calling the shots in Karachi and the redemarcated constituencies, analysts say that an electoral victory won’t come easy for the MQM, which has dominated parliamentary elections in the city for many years. Nonetheless, the MQM still remains a force to reckon with.

The success of the new candidates — most of whom are little known figures even in their own constituencies — will depend not on their own individual following or merit, but on how effective the party will be in mobilising supporters in its traditional strongholds. Out of the 55 MQM-nominated National Assembly candidates, only four are former law makers, and of the 113 provincial assembly candidates, only five or six are old faces.

Even the MQM’s two deputy conveners — Dr. Farooq Sattar and Sheikh Liaquat — have not been given tickets this time, which is keeping not just the party’s opponents, but even many MQM supporters guessing.

Party stalwarts maintain that the new-look MQM owes not to internal politics and intra-party rivalries, but to the party’s “tradition” of giving a new line of representatives a chance. “We are different from the Pakistan Peoples’ Party and the Pakistan Muslim League,” Kunwar Khalid Younus, a central MQM leader and a former law maker, told Newsline. “We don’t believe in personalities, nor do we view parliamentary seats as individual property. We keep introducing fresh blood, new faces, to serve the people,” said Younus, who is among the handful of MQM parliamentarians who have been awarded a ticket for a National Assembly seat.

Unlike other frontline leaders, Altaf Hussain — the exiled MQM supremo — has never stood for election, even when he was in Pakistan. Many other senior office bearers also refrain from taking part in elections “to keep themselves focused on the party work,” said Younus. All the top MQM leaders living in exile in London, including Dr. Imran Farooq, have not even bothered to file their nomination papers.

The three other tried and tested party members, who have been given tickets for the National Assembly are former MQM senators, Aftab Sheikh and Nasreen Jalil, and former speaker of the Sindh provincial assembly, Nawab Mirza. In the provincial assembly, the five former MQM lawmakers back in the ring are Shoaib Bukhari, Qamar Mansoor, Kanwar Naveed, Abdul Sattar Ansari and Mohammed Hussain. Besides these few recognised faces, the remaining aspirants are all running in the elections for the first time.

Hundreds of MQM workers were killed in the 1990s during operations directed by the successive elected governments of former Prime Ministers Nawaz Sharif and Benazir Bhutto. According to Younus, many of the new candidates include those “who lost their dear ones,” during crackdowns against the party. “They are the fathers, mothers, brothers and widows of MQM martyrs.”

This committed bunch of candidates — all loyal to the core — serve as the MQM’s backbone. The other candidates are middle class professionals, including doctors and lawyers.

MQM insiders say that some former law makers who have not been given a chance in the October elections will be considered for Senate seats. The name of Dr. Farooq Sattar, the former mayor of Karachi, tops the list for the Senate.

Interestingly, for the first time, the MQM is also accommodating candidates from other ethnic groups, including Sindhis, for the elections. “This has been done to promote harmony among the two main ethnic groups of Sindh,” said Younus.

The MQM, which once claimed to represent only the Urdu-speaking people who migrated from India at Partition in 1947 and their descendants, threw its doors open for people belonging to other ethnic groups in July 1997, changing its name to Muttahida Qaumi Movement from the earlier Mohajir Qaumi Movement. Apart from a few token inclusions of ‘outsiders’ however, so far its following remains overwhelmingly mohajir.

That notwithstanding, Haji Azizullah Brohi, a Sindhi, has been given the National Assembly ticket by the MQM from its stronghold of Liaquatabad. 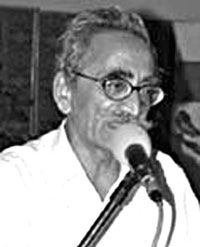 Brohi’s candidature seems to have engendered the desired reaction for the MQM. His election campaign is being very keenly watched, and according to observers, the response from the Urdu-speaking strongholds has been tremendous. The MQM’s dissident faction (Haqiqi), led by Afaq Ahmed and Amir Khan, meanwhile, has proclaimed that the election of a “non-mohajir” from Liquatabad is a betrayal to the “cause.” This shouldn’t overly concern the Muttahida, because the dissidents have little following, and Brohi seems all set to sail to the National Assembly from this safe seat.

In Lyari, the stronghold of the Pakistan Peoples’ Party, the MQM has nominated Captain Sohrab Nizamani for the NA and Ahmed Baloch has been given the PA ticket. “For the first time we are taking elections in Lyari seriously,” said Younus.

This fact seems to have registered with the opposition. On September 17, Lyari witnessed its first fatal election campaign casualty: an 18-year-old Baloch MQM supporter died of wounds inflicted by firing by unidentified gunmen a day earlier.

In the interior of Sindh, the MQM has awarded tickets to two Hindu candidates — Ramish Kumar Malhi and Kishor Kumar Kohli — for general seats. Malhi is standing from Digri, and Kohli from Kot Ghulam Mohammed. There is a sizeable Hindu population in both these areas, which will be exercising their right of vote under the joint electorate system after a passage of 25 years.

The toughest competition for the MQM is likely to come from the Jamaat-backed candidates, who are running in the elections under the banner of the Muttahida Majlis-e-Amal — an alliance of five religious parties.

The Jamaat-e-Islami and the Jamiat Ulema-e-Pakistan, two of the component parties of the MMA, have seen their political base being eroded in Sindh’s urban areas since the rise of the MQM in the mid-1980s. However, the MQM boycotted the staggered local bodies elections in 2000-2001, which brought the Jamaat-e-Islami in to run the city government of Pakistan’s biggest metropolis.

“The Jamaat will come to know its real worth and following in the October elections,” maintained Younus. However, although the religious parties do not have any substantive following in Karachi, there are fears in MQM circles that the establishment, or one of its sections, is likely to support MMA candidates in an attempt to reduce the number of MQM seats in parliament.

After a long time, the religious parties see an opportunity to stage a comeback with the Jamaat-e-Islami-backed local government in Karachi. The MQM has already started complaining that its election banners, posters and flags are being removed by Jamaat-e-Islami supporters, who enjoy the full support and backing of the administration. “The Jamaat-e-Islami workers have become very aggressive, specially after a recent visit to the city by Qazi Hussain Ahmed,” contended Younus.

Jamaat-e-Islami leaders deny the charges levelled by MQM functionaries, and in turn accuse the MQM of harassing and targeting their workers. With the passage of each day tension is growing between the supporters of the two sides and the possibility of violence looms large.

Analysts predict that the MQM will dominate the elections in most of its traditional strongholds, leaving little opportunity for the Islamic groups. The margin of votes, however, is likely to be slashed as compared to previous elections because of the redemarcation of constituencies and increase in the number of national and provincial assembly seats.

For his part, MQM Quaid, Altaf Hussain, has been addressing MQM rallies by telephone from London in an attempt to lend a filip to the party’s election campaign. Calling for a new constitution and rights for the smaller provinces, will his oratory be able to do the trick for the MQM once again? Will he be able to sell the new-look party representing not just Urdu-speaking people, but also other ethnic groups? Few of his admirers and opponents doubt it. Notwithstanding the charges of bloodletting, violence and setting up a state within a state levelled against the MQM, for many the party still remains the only hope — a platform for people from the middle-class and low income groups to have a say.