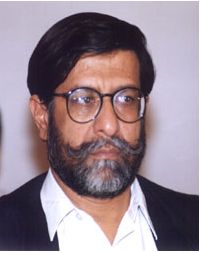 With the host of new electoral laws introduced by the military government and the code of conduct that has been evolved for the electoral exercise, electioneering in Sindh is devoid of its traditional fervour and bustle.

Previous elections saw neighbourhoods turn into a kaleidoscope of colour as people hoisted flags of assorted political parties from the rooftops of their houses and on vehicles, including rickshaws and donkey carts. Chai khanas played songs composed especially for the elections at full volume from morn to night, and tea parties and corner meetings of contesting candidates were commonplace. Election 2002 reflects an altogether different, more sombre mood.

It is not just the tone that is a dampener — there is also an economic fallout. Businesses that traditionally flourished at election time are registering a complete low in this poll period. In earlier times, a few months prior to the election, printing press owners would spring into action printing party pamphlets, tailors would be stitching party flags and cabbies would be ferrying supporters of different candidates from one meeting to another. In the good old days these people would be seen working day and night and their enthusiasm was infectious. Now most of them are sitting idle. “We used to work round the clock, printing thousands of wall posters, pamphlets and other paraphernelia for candidates during the elections, and our business would flourish. Now we’re grateful if we get a day’s work,” says Shaman Soomro, who has been working at one of the printing presses in Larkana for the last 30 years.

From the printer to the painter, the tailor to the cabbie, they all have similar tales of woe to narrate. “I bought three taxis recently in anticipation of the elections and the prospect of making good money. All I have earned in the last one month, however, is just enough to pay the drivers’ salaries,” says a transporter, Saeed Ahmed.

Paradoxically, this lacklustre state of affairs notwithstanding, Election 2002 registers the highest number of individuals who have submitted applications and been allotted election symbols by the Election Commission of Pakistan (ECP).

According to the documents released by the ECP, it has allotted election symbols to a record number of 1,431, candidates who are in the running for 130 Sindh Provincial Assembly seats, while another 603 candidates will be contesting for the 61 National Assembly seats allocated to the province. The 1977 elections for the Provincial Assembly were contested by 1,272 candidates, out of which 559 belonged to assorted political parties, while 717 contested as independents.

Observers maintain that various factors have contributed to the lack of enthusiasm visible in these election days. Firstly, apart from the absence of Benazir Bhutto and Nawaz Sharif — the leaders of the two main parties who have always been crowd-pullers, many other traditionally popular politicians have also been disqualified from contesting the polls due to the new preconditions imposed for aspiring candidates. Thus, in several constituencies, covering candidates are contesting in place of the original candidates, and many of them do not enjoy the same kind of popularity as the latter. For example, covering candidates have perforce been given the go-ahead by the PPPP for four National Assembly seats because the nomination papers of its main candidates who were the real vote pullers were returned, and the petitions they filed have also been rejected by the courts.

Other factors that have contributed to the lack of interest in these elections is the partisan role of the administration, that is openly putting its weight behind the candidates of the King’s Party. Despite the ban imposed by the ECP, transfers and postings are continuing to be made in various districts across Sindh. According to sources, even the lists of the teaching staff that normally oversee polling are being prepared at the Governor’s House in Karachi. In fact, a special cell has reportedly been setup at the Governor’s House, where the candidates of the King’s Party are being asked to give their recommendations, and transfers of assorted government officials are made according to their instructions.

In blatant violation of the ECP’s instructions, at least three District Police Officers (DPOs) have been transferred in the districts of Larkana, Shikarpur and Dadu. A source disclosed that when one of these DPOs was approached by a PPPP candidate to help resolve a perfectly valid grievance, he refused, saying with obvious bitterness, “I am the King’s Party candidates’ poodle. I can’t solve your problems.”

There are many other instances of manipulation by the establishment. Soon after the election schedule was announced, the Sindh government inducted various ministers in the cabinet, all of whom have either sons or brothers contesting the elections. These ministers include Mukeem Khan Khoso from Jacobabad, Khan Mohammed Dahri from Nawabshah and Aijaz Ali Shah Sheerazi from Thatta. Arbab Ghulam Rahim who was also inducted in the Sindh cabinet, stepped down because he decided to contest the elections himself. The other three, meanwhile, are openly canvassing for their siblings or sons.

The questionable role of the Sindh administration can also be gauged from the fact that at a public meeting in Thatta, Governor Mohammedmian Soomro openly asked people to vote for those candidates who are supportive of government policies. “Thatta is a blessed district because the Sheerazi brothers are living here. Vote for those candidates who have served the masses,” he said in the Sajawal taluka of Thatta district, from where the siblings of provincial minister, Aijaz Shah Sheerazi are contesting the elections.

Conversely, Malik Asad Sikander, who was elected as nazim of Dadu district as an independent candidate and had been serving in that capacity without any problem, has had a fraud case instituted against him after he announced he was joining the PPPP. According to a government notification, the case was registered against him and 11 others on May 27, 2000. Sikander and his co-accused were charged with the illegal sale of 200 acres of state land to PSO. However, the case was lying dormant until Sikander decided to align himself to the PPPP. Furthermore, Mohammedmian Soomro has been heard speaking of possible disciplinary action against Malik Asad Sikander for his support to PPPP candidates. Says Dr. Ayoob Shaikh, a PPPP activist, “Isn’t it the ultimate double standard considering that a serving Governor is openly supporting Kings’ Party candidates?”

Electoral politics in Sindh has been divided between an urban and rural vote since the very outset. Residents of Karachi and other urban centres, who traditionally voted for the Islamist parties, switched their loyalty to the Mohajir (now Muttahida) Qaumi Movement (MQM) when it fielded its candidates for the first time in the 1988 elections. People in interior Sindh meanwhile, voted virtually Ã©n bloc for the Pakistan Peoples’ Party since its creation.

Since the interior of Sindh has always been considered a PPP power-base, many attempts have been made over the years by various establishments to put dents in the party’s vote bank. However, the party has retained its hold over rural Sindh, even if not to the extent it once did. In 1988 there was a popular adage, “Had the PPP pitched even a dog or donkey in the elections, it would have won.” At that time PPP candidates swept the polls in the interior with many political heavyweights, including Pir Pagara, Ghulam Mustafa Jatoi and Mumtaz Bhutto being obliterated by virtual nonentities purely because the latter belonged to the right party. Although the PPPP does not enjoy the same support as it did until the 1993 elections, it still has a sizeable following.

Until the last elections there were 100 Provincial Assembly seats. In the 1997 elections, the PPP emerged as the single largest party in Sindh, winning 34 seats, followed by MQM with 30 seats, PML(N) with 15 and an equal number captured by independents. From the smaller parties, the PPP (SB) won one seat, the United National Alliance one, and the National Peoples’ Party (NPP) and NPP (Workers Group) won three and one seat respectively.

For the forthcoming elections, the government has increased the number of Provincial Assembly seats from 100 to 130, and some 30,439,893 registered voters will be casting their ballots for the approximately 1400-plus candidates in the running. Analysts contend that the manner in which the government has delimited the seats in Sindh indicates that it is in no mood to hand over power to the PPPP. This contention has credence in light of the fact that while the seats from the interior for the PA have been increased by 30 per cent, in Karachi, where the MQM is likely to once again sweep the polls, the government has increased the PA seats from 28 to 42 — i.e. by a whopping 50 per cent.

According to the establishment’s game plan, say observers, since the MQM — which has for the first time fielded over 100 candidates from all over Sindh, including non-mohajirs — is probably going to garner 90 per cent of the seats in Karachi, three to four seats from Hyderabad, and one seat each from Mirpurkhas, Nawabshah and Sukkur districts to emerge as the single largest party in the province of Sindh. This is an acceptable outcome for the powers-that-be. In addition, if the government can help its favoured nominees to grab another two dozen seats, it will have succeeded in largely demolishing the PPPP and securing the chief ministership of the province for either an MQM candidate or, if possible, a member of the PML(Q).

Insiders say that the MQM has already nominated Syed Sardar Ahmed, who is a former chief secretary, Sindh and has served as financial advisor to the Sindh Chief Minister, Liaquat Jatoi, as its candidate for the main slot in the province.

Going by the indicators, it would seem the election has already been stolen in Sindh — but the vagaries of Pakistani politics being what they are, the PPPP could still well snatch victory from the jaws of defeat.