“A large number of Sindhis have joined the MQM” 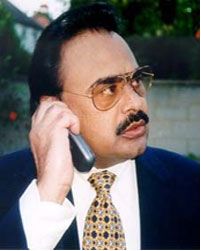 Q: The MQM has put up candidates from different parts of the country for Election 2002. How optimistic are you about the party’s performance at the national level?

A: If the forthcoming elections are held in a free, fair and transparent manner then we hope to have a much better turnout at the national level, as compared to previous general elections. Despite all the hurdles, our party’s message is spreading very fast all over the country. As far as Sindh is concerned, we are optimistic that we are going to win from almost all the seats that we are contesting. This optimism is based on ground realities.

Q: Traditionally the MQM and Sindhis have been on opposite ends of the political spectrum. Now you have awarded tickets to Sindhis. Do you believe that the people of Sindh will rally around the MQM as a result?

A: First of all, I would like to clarify that it is not correct to say that traditionally MQM and Sindhis have been on opposite ends of the political spectrum. The fact is that this perception was created under a designed policy of the establishment to keep the people of Sindh divided. However, because of the determined struggle of the MQM, now the people of Sindh are again uniting and gathering under the banner of the MQM. You should send your representatives to the election meetings that are being held in the interior of Sindh as well as in the urban areas, especially Karachi. You will witness a large number of Sindhi participants who have joined the MQM. As far as awarding tickets to Sindhis is concerned, this is the continuation of our struggle to bring about unity among all the local people of Sindh. We firmly believe that because of our policy of realism and practicality, people will rally around the MQM. We may not win seats, but we will win the hearts and minds of people, not only in Sindh, but all over Pakistan.

Q: If the MQM manages to bag the chief ministership of Sindh, do you think it will be acceptable to the people of the province?

A: The people of Sindh are already with the MQM, therefore, questions would not arise in this regard.

Q: Do you think your marriage to a Sindhi-Baloch has helped transform your purely mohajir politician image?

A: The MQM started its struggle on a national level well before my marriage. Neither was my marriage a political stunt nor, in my view, has it affected my image in any way. However, it may have reinforced the fact that I am neither against, nor have any vendetta against any ethnic group.

Q: Your party has formed an alliance with the Jiye Sindh Qaumi Mahaz (JSQM), a party struggling for the independence of Sindh. Yet the MQM is contesting the elections, signifying you have faith in the present set-up. How do you reconcile the two positions?

A: The MQM is struggling for the rights of the people. The alliances that we formed with political parties in the past were based on issues and the rights of the people of Sindh. As far as the JSQM is concerned, I think that once Sindh gets its due share and rights, they will accept the MQM’s point of view. However, I must emphatically point out that the people at the helm of affairs should start doing some self-accountability and analyse why people demand independence.

Q: There have been widespread allegations of “pre-poll rigging” by the establishment. Do you concur?

A: I would say that the establishment should make sure that the elections are held in a free, fair and transparent manner, and if it fails to ensure this it would not be in the interest of Pakistan. Thereupon the establishment would be responsible for any crisis or chaos faced by the country and the people.

Q: How will the MQM’s agenda be implemented after the elections?

A: The MQM’s agenda is for the benefit of Pakistan and the people. We will endeavour to take the people along, and form a consensus on legislative and political forums.