There is nothing quite like an unexpected victory to paper over the cracks that will continue to plague Pakistani cricket. While a period of celebration and joy is perfectly appropriate, given the unlikely nature of Pakistan’s triumph at the Twenty20 World Championships, it would do the team a great disservice if this victory is used to silence those who are critical of the way cricketing affairs are conducted in the country.

First, it would be churlish not to admit the many positives that emerged from the T20 success. After 12 enigmatic years, Shahid Afridi seems to have finally embraced the responsibility that one expects of senior players. In Younus Khan, Pakistan finally have a captain who is innovative in his thinking, popular with the players and a dependable batsman to boot. And it would not be possible to overstate how welcome the return of the exiled IPL players is to the fortunes of the Pakistan team. Abdul Razzaq showed how integral he is to the success of the team, and the returns of Mohammed Yousuf and Imran Nazir will hopefully be as transformative. 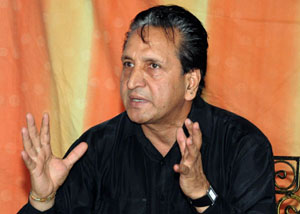 But the stratospheric rise of the cricket team is accompanied by an equally speedy plunge into the gutter by the Pakistan Cricket Board (PCB). Chief selector Abdul Qadir decided that the middle of the most important tournament of the year was a good time to pack his bags in a huff. He was miffed at the interference of Chairman Ejaz Butt in the selection process. While Qadir’s selection decisions can, at best, be politely dismissed as ludicrous (see ‘We Are The Champions’), there is no doubt that it is inappropriate for the chairman to impose himself in matters that are not under his jurisdiction. The job of the chairman is purely financial and administrative; a panel of selectors is appointed precisely to choose teams. But, as in politics, those at the head of Pakistan’s cricket set-up believe they are within their rights to assume dictatorial powers.

Not satisfied with losing the chief selector, the PCB responded by dissolving the entire selection committee. At this time, it is not clear what the purpose behind this seemingly inexplicable move is, but it is yet another sign that the cricketing administration is as dysfunctional as ever.

Younus Khan’s decision to retire from T20 cricket may also do great harm to Pakistan’s cricket team. Not only will the team be losing a dependable batsman and the best captain in the country, it will now have different captains for different versions of the team. When Australia tried the twin captains experiment in the late-90s, Test captain Steve Waugh felt that it undermined his authority. And Australia happens to be one of the most cohesive and united teams in the world. For Pakistan, which has often been described not as a team but a collection of 11 individuals, all of whom want to be captain, having two skippers could be a disaster. If the recent and distant history of the country is any indication, there is no doubt that the T20 captain, whoever he may be, will plot and scheme to have Younus deposed as Test and ODI captain. In the tussle over the captaincy, factions will form, and any unity that the team has built will rapidly dissolve.

On paper, the return of the IPL players, particularly Mohammed Yousuf, who had a record-breaking year before joining the rebel league, should strengthen the team. But bringing him back to the team could mean a return to back-room politics, backbiting and disunity. Expecting to be in the running for the captaincy after Inzamam stepped down, Yousuf never seemed to accept Shoaib Malik as the rightful captain and publicly criticised him on many occasions for — among other things — not showing enough deference to the senior players. Yousuf’s loyalty is also in question, as he initially joined the ICL in 2007, after being left out of the team for the T20 World Championships. He only agreed to return after pleas, cajoling and even financial inducements from the PCB. 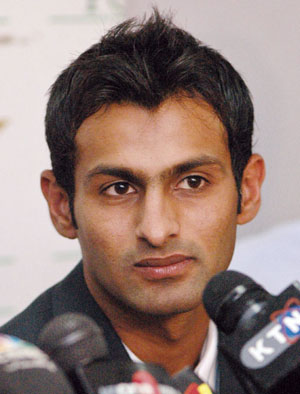 Of course, all this could be moot if Pakistan’s isolation in the cricketing world continues for much longer. While the T20 victory will surely provide
a temporary fillip to the game, the lack of quality international cricket in the country will undoubtedly hurt the popularity of the game. Hosting matches in foreign countries seems to be the only workable solution at the moment, but that is a stop-gap measure at best. Unfortunate as it may be, the long-term health of the game in Pakistan may be dependent more on political than sporting factors.