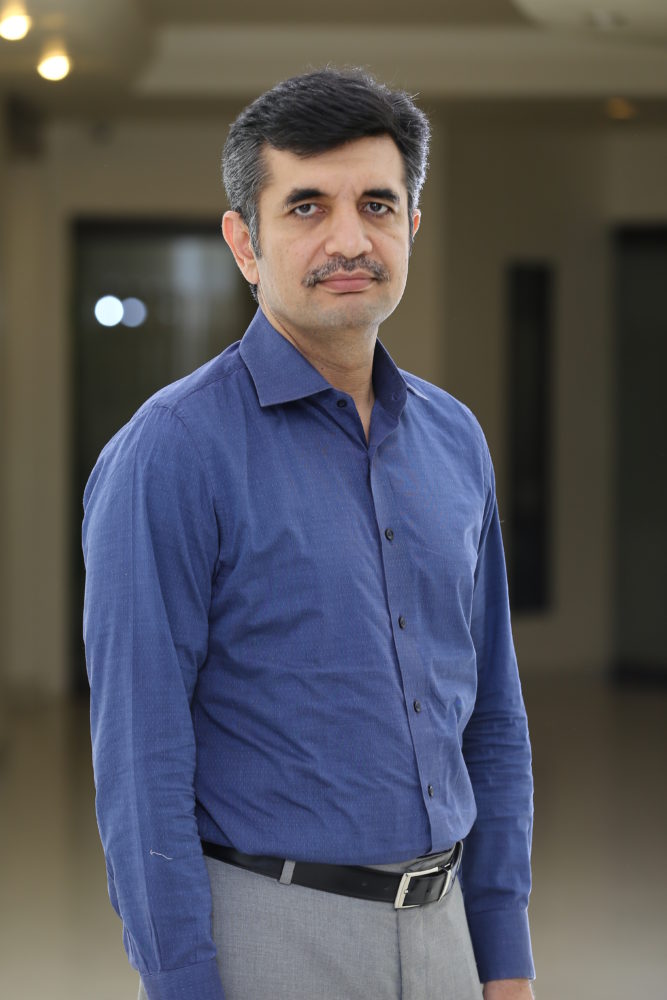 For many students across the world, getting admission at the prestigious Harvard University is a grand dream, realised only by a handful. And if one belongs to a developing country like ours, then landing at Harvard is a steeper challenge – that too on a government scholarship.

Shunaid Qureshi, scion of a business and farmland owning family from Hyderabad, was lucky to have both in his bag – admission at Harvard and a fully-paid Quaid-e-Azam Scholarship. He had secured 98 per cent marks and topped the country’s BE Industrial Engineering examination, from the Mehran University of Engineering & Technology, Jamshoro. But Shunaid decided to forgo his chance to study abroad and, instead, decided to set up a sugar mill in Mirpurkhas.

“I had been in the real estate business even as a student and had raised a substantial amount through a series of deals,” he says, recalling his business venture, set up some 27 years ago. “But we also had to sell my mother’s ancestral agricultural land to set up the sugar mills.”

Thus he became the CEO of Al-Abbas Sugar Mills, Mirpurkhas, when he was barely 23-years-old. After that there was no looking back as he expanded his business interests not just in sugar, but also in cement, real estate and agriculture.

Shunaid and his two younger brothers – Junaid and Duraid – were raised by Sultana Siddiqui, a single mother who in her own right remains one of Pakistan’s leading entrepreneurs and the only woman to establish and head a major media company, the Hum Network.

Sultana Siddiqui says that after her divorce, she put a lot of responsibility on Shunaid, the eldest of her three sons. “He was barely eight or nine then, and I used to consider him the man of the house… discussing issues and asking him to take care of his two younger brothers when I went to work at PTV.”

“At places, he accompanied me as my chaperone… I realised that he got too attached to me… so I took a difficult decision and sent him to the Petaro Cadet College for three years.”

Shunaid developed an independent streak, following up leads in the real estate business before turning to the sugar industry. “We had made feasibilities of both textile and sugar industries, but found more scope for growth in the latter,” says Shunaid, about his decision to start a sugar mill as his initial venture.

Shunaid has had two stints as Chairman of the All Pakistan Sugar Mills Association, which represents all the 80-plus sugar mills across the country. “After serving as chairman of the association for a total of four years, I have taken a backseat to concentrate on my business,” he says.

Why didn’t you join the entertainment industry?

The question was greeted by a broad smile.

“My condition was that I will appear as a hero and that too against Zeba Bakhtiar in a play directed by none other than Shahzad Khalil.”

Sultana Siddiqui, a veteran PTV producer herself, said he would get the role only if he cleared the audition.

“I appeared for the audition, but couldn’t pass Shahzad Khalil’s test… I think Mum asked him to do this,” he says, jokingly. But a moment later, Shunaid was clarifying his statement; “I think I genuinely failed. Acting wasn’t my cup of tea.”

Was he always a good, responsible student?

“Yes, I was always among the top students – from school till my university days. Being raised by a single parent was the biggest motivation as my mother taught, guided and inspired us.”

Along with sugar, young Shunaid also explored the cement industry in the 1990s. He bought the state-run Thatta Cement and Jawaidan Cement when they were up for privatisation. Later, he bought Essa Cement from its private owner. Today Shunaid only has stakes in Jawaidan Cement, having sold the other two units.

Sugar remains his core interest – an industry dominated by the country’s political heavyweights. No wonder the sugar industry and controversies go hand-in-hand – from disputes between growers and mill owners over sugarcane pricing to securing the government’s permission to set up a new mill.

Is it difficult to survive and grow in the sugar industry?

Shunaid says he has never had any problem. “There is a lot of propaganda against the sugar industry. Yes, there are political families in this business as they are in many others… but our industry operates under a strong regulatory framework.”

He, however, admits that disputes over fixing the base sugarcane price emerged following the passage of the 18th amendment in 2010. “Before the 18th amendment, the federal government used fixed sugarcane prices through the Agriculture Price Commission. Now this task is assigned to the provinces, and they don’t have the capacity for it. This results in disputes every year.”

The solution, according to Shunaid, is the appointment of independent auditors to fix sugarcane and sugar prices, according to the market conditions. “There is no need to fix a minimum support price for any commodity. The market should determine the price, the way it does in any free market.”

This line of argument is supported by many experts, who say that it is not possible to purchase sugarcane at higher rates if sugar prices are low in the local and domestic markets.

For Shunaid Qureshi, in order to protect the interest of both farmers and mill owners, the government should provide a subsidy or allow sugar export. But the best option is to allow market forces to adjust rates of both sugarcane and sugar, he maintains.

Currently, the sugar industry is passing through a tough phase.

“Sugar prices are under pressure for the past four or five years due to a glut in production and are at a 20-year low in the world market. To counter this, the Pakistani sugar industry needs to diversify,” he says.

The sugar industry can produce many byproducts, including electricity and 32 different chemicals.

“In Pakistan, we produce electricity using bagasse (sugarcane pulp) and ethanol, which is mostly exported. The other chemicals aren’t produced because the market has not been developed,” says Shunaid.

Another controversy attached to the sugar industry is the cultivation of sugarcane in the cotton-growing belt.

Shunaid brushes aside this criticism. “In a free market economy, there can’t be fixed zones for growing this or that crop. It is up to farmers to decide what to grow on their land. Whichever crop gets them better rates, they will go for it,” he says, simplifying a complex problem.

Due to the country’s current economic woes, the sugar industry has also taken a beating. “The demand for sugar has gone down; there is less disposable income and it is having a chain impact – from the mill owners down to the farmers.”

An increase in sales tax on sugar from eight to 17 per cent also contributed to slowing down the demand.

What’s the next big thing on the agenda for Shunaid?

Along with business, he says his goal remains focused on social welfare. “I want to give something back to society. For this, we are promoting education. When you educate a child, you impact an entire family.”

After the establishment of Al-Abbas Sugar Mills, Shunaid and his family had joined hands to establish a co-education school in Mirwah Gorchani, near Mirpurkhas.

“Initially there was resistance as many families did not want to send girls to a co-education school. But we gave incentives and convinced them,” Shunaid said.

The school – named Fakhar-e-Imdad in memory of Sultana Siddiqui’s mother – has provided free education for more than two decades now and enrols 300 students up to Class 10. “Most of its students secure A and A+ in 9th and 10th grade board examinations,” adds Shunaid.

In a more recent initiative, Shunaid and his family opened another school in Ranipur, under the banner of Sultana Siddiqui Institute. Around 100 children are enrolled here and get free education.  “We plan to open a series of such schools in rural Sindh. That’s the least we can do for our society,” he says.