Largely due to foreign intervention, Afghanistan has been a land of unending bloodshed over the last two hundred years. The first ever Englishman arrived in Kabul in 1807. Soon after, the land began to attract the attention of regional and international powers. The Russian Czars, after taking over the Central Asian states, began to eye the riches of India as well as the strategically placed Afghanistan. The great game between the Russians and British was fought primarily in Afghanistan and the land eventually became a buffer zone. Thousands of people perished during the Anglo-Afghan wars, in the Afghan-Russian conflict and in recent civil wars among different political and ideological Afghan groups and tribes. 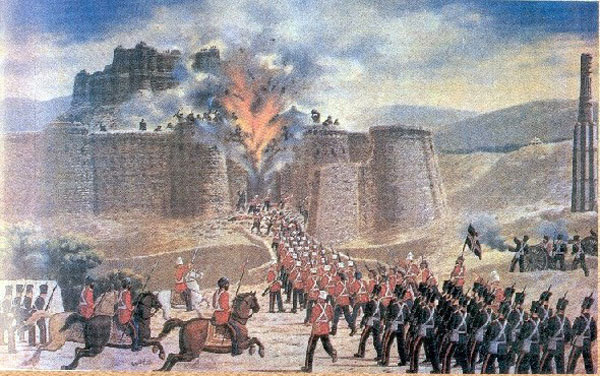 The first Afghan war: A British-Indian force attacks the Ghazni Fort during 1839.

After the eventual defeat of a communist government backed by the Russians in 1992, a long civil war erupted in different cities of Afghanistan between “holy warriors,” for capturing Kabul. Afghanistan’s neighbours were involved in this bloody game, fielding their puppets to safeguard their interests, while turning a blind eye to the human cost.

Historically, Afghans rarely fought formal battles, and preferred guerrilla warfare because of their mountainous terrain. From a famous skirmish in the first Anglo-Afghan war, where the Afghans brutally killed all British soldiers except Dr Bryden who had escaped on his pony, to the recent fight against the superpower US and its allies, the Afghan rely on suicide attacks and ambushes.

King Amanullah Khan was the first leader who attempted to modernise the ultra-conservative tribal and religious Afghan society, in the early 20th century. But with the assistance of the British Raj, local clergy raised their voice against the reforms, and mobilised resistance in remote parts of the country. King Amanullah abdicated and fled to India. His brother Inayatullah Khan became the next King for a few days until Habibullah Kalakani, who was known as bacha saqqa or the bandit king, took over, only to be replaced by Muhammad Nadir Shah.

Later, Nadir Shah’s son, King Zahir Shah ruled the country for four decades, an era of peace and calm. He was a genuine leader who managed to keep Afghanistan neutral, even through the Second World War. The warrior Afghan lived with dignity and made progress in many areas.

In the mid-’70s, Zahir Shah’s trusted aide, Sardar Daud Khan took over at a time when the Shah was out of the country, and introduced reforms in the feudal set-up. During the Daud regime, the authorities took harsh measures against religious fundamentalism and the then student leaders Gulbuddin Hekmatyar, Ahmad Shah Massoud and a few others took refuge in Pakistan. The greater Pakhtunistan issue also came to the fore during Daud’s rule. The idea was to split the Pashtun belt from Khyber Pakhtunkhwa to Balochistan and merge it into Afghanistan. Historically, Pakistan’s Pashtun belt was part of Afghanistan till 1893. The Durand Line, a border agreed upon in 1893 between the British and then ruler of Afghanistan, Abdur Rahman Khan, has never been officially acknowledged by any Afghan government, including the Pakistan-allied Afghan Taliban.

Afghanistan had, for long, obtained military and humanitarian assistance from the Communist USSR, but Sardar Daud brought a sudden paradigm shift, tilting towards the western powers. Soviet leader Leonid Brezhnev reportedly called to warn him that his policies were not acceptable. A year later, Sardar Daud was dead, overthrown and murdered along with many of his family members in the Saur (April) Revolution, in the spring of 1978.

The Communist regime of Noor Muhammad Tarakai replaced Sardar Daud. Hekmatyar and other Pakistani-trained Afghans found an excuse to launch a guerrilla war against the kafirs or infidels, as the communists were labelled from the pulpits in Pakistan. A year before the Russian intervention, Gulbuddin Hekmatyar led a group of 5,000 persons to attack a few areas in Afghanistan.

Over the last century, three Afghan leaders tried to bring about an abrupt change in Afghan society. King Amanullah was impressed by developments witnessed in a visit to Europe. He was keen to encourage social and economic change, to work towards a liberal society. He wanted Afghan women to play a greater role and discouraged the use of the veil. But his campaign backfired at the grassroots level and the British-backed Mullahs and conservative tribal elders deposed him. 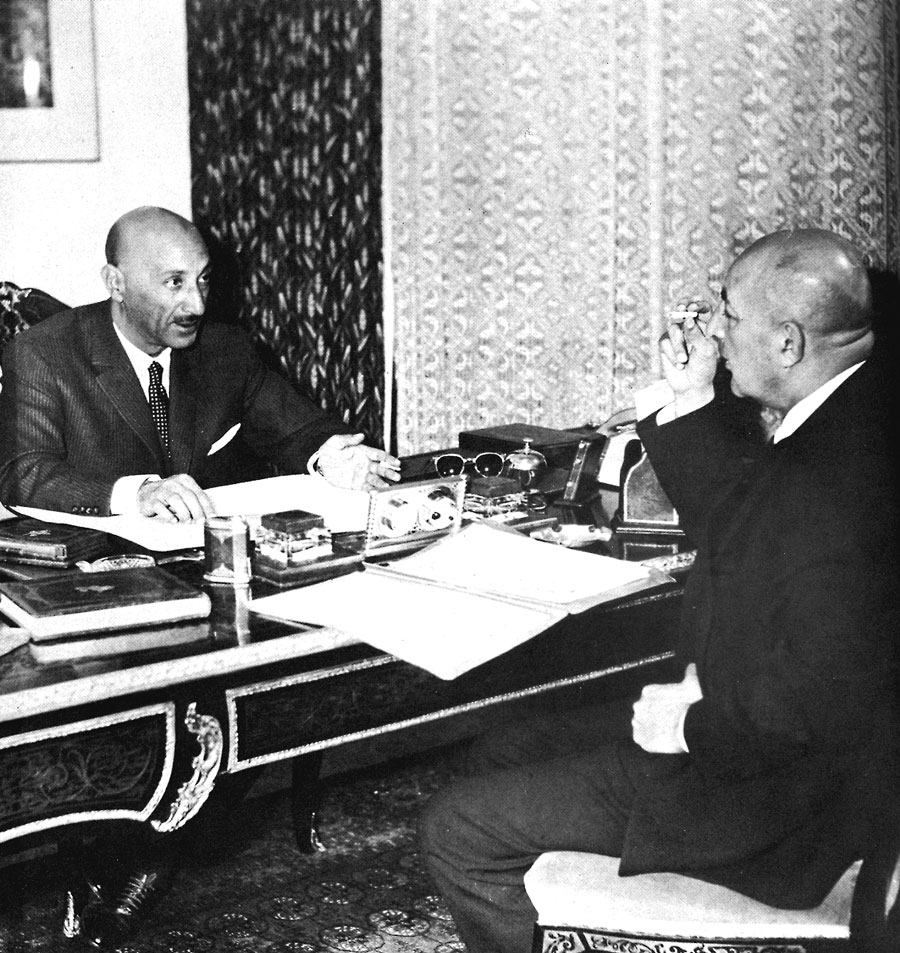 Sardar Daud tried to suppress religious groups without working on the ground or bringing changes in peoples’ lives. Daud also created a fissure in relations with Pakistan and his warlike policies towards Pakistan still haunt the Afghan soil.

The communist-backed Noor Tarakai blundered when he tried to challenge the centuries-old feudal system. He tried to wrest lands away from the landlords but failed in his attempts to bring a radical change.  He was eventually killed by his Prime Minister, Hafeez Ullah Amin’s forces.

Afghan leaders at the time were faced with internal and external conspiracies, and Tarakai was killed in a shootout between communist factions in the presidential palace. His successor, Hafeez Ullah Amin, tried to change track and admitted the government’s mistakes. Later, the Russian forces got involved in all out war in Afghanistan, fighting foreign backed, well trained civil militias, in order to safeguard their own interests and the communist government’s reign. 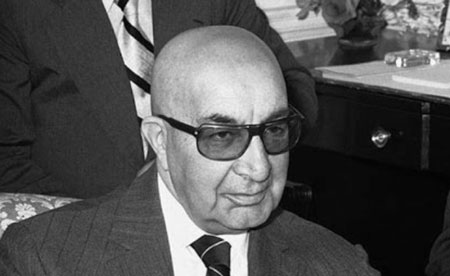 Sardar Daud overthrew his cousin, King Zahir, and abolished monarchy in Afghanistan in 1973.

When USSR forces intervened in Afghanistan in the ’80s, they reached the nearest point of Pakistan’s border for the first time in history. About three million refugees entered Pakistan. Jihad was preached in the refugee camps and thousands of volunteers mobilised for war. They were divided under the flags of seven Afghan leaders. Ration cards and other benefits and perks were awarded to warriors’ families without any hurdles. A flood of guns, dollars and Arab support flowed into Pakistan for the holy war. Gulbuddin was considered the most influential among the warriors because of his close relations with Pakistani intelligence agencies. He had met a few times with Senator Charlie Wilson at the Pearl Continental Peshawar to discuss war plans and requirements.

After the Russian withdrawal, the seven warlords engaged in civil war with the aim of controlling Kabul. There were more casualties in this conflict than during the war against the USSR. The Hizb-e-Islami killed thousands of people and destroyed precious buildings. In response, northern Afghans also brutally murdered their rivals. Gulbuddin Hekmatyar, Ahmad Shah Massoud, Rasheed Dostam, Ismail Khan and Abdul Malik attacked each other, although Pakistan and Saudi Arab rulers had gathered the rivals and signed an agreement in holy Makkah, with an oath for peace and stability on the holy book. The peace treaty soon collapsed. 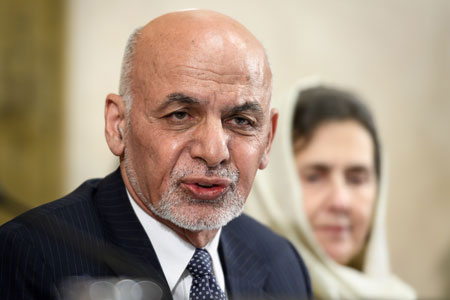 In 1996, Pakistan-backed seminary students, under the banner of the cleric Mullah Omar, attacked Kandahar and other Pashtun provinces and in no time reached Kabul. They killed the symbol of Afghan unity, Dr Najib, and his brother and hung the bodies in the main Kabul square to terrorise people. The Afghan fighters ruined local culture and heritage. Their oppressive policies targeted women and took the country backwards in time.

The Taliban ruled Afghanistan from 1996 to 2001. After 9/11, the US invaded Afghanistan and the Taliban took refuge in their sanctuaries, only to regroup and ramp up the traditional guerrilla war. According to a BBC report, 70 per cent of Afghanistan is now under their control, while nearly a hundred people perish in the conflict every day.

History seems set to repeat itself in present-day Afghanistan. In the 19th century, the British tried to replace King Dost Muhammad with the ousted King Shuja, but the move did not work. In recent times, the US and its allies installed Hamid Karzai, but his government had no writ outside Kabul. The Afghans continued to kill each other with no mercy, with religious sects and ethnicity playing into a gambit for power.

Earlier, Dr Najib was forgotten by the then communists who failed to come to his aid. The regional powers also underestimated his future role and let him die. In the country’s modern history, Najib’s death is the biggest loss in terms of Afghan unity and peace. He was a visionary and charismatic leader. In 2019, the US and regional powers have overlooked Dr Ashraf Ghani in peace talks.  The Afghan Taliban called every recent Afghanistan government a foreign puppet, and the current scenario seems to support their claim. Only Afghan-owned and Afghan-led talks can bring peace and prosperity to Afghanistan, and must be backed by the international community if the prospect of peace is to return to this benighted land.