A young Natalie (Rebel Wilson) sits glued to the TV, watching Pretty Woman, when her…

On March 12, Rozan, an Islamabad-based NGO, in collaboration with the Sindh Commission on the…

When they were children, Kanwal Ahmed and her older sister enjoyed keeping diaries, the kind…

Spicing it up in Bannu

A satirical horror-comedy, Velvet Buzzsaw is a Netflix original that tells a story of the commodification…

A young Natalie (Rebel Wilson) sits glued to the TV, watching Pretty Woman, when her wine-drinking…

Your party has a long record of participating in rigged elections (1987 and 1996), and…

We know your fingers were badly burnt on account of your tie-up with the BJP.…

At night, they would come in stealth, to bury the bodies of their women. The…

A Rani Among Us

A short film on transgenders that dares to be different. Life, in general, is challenging…

Stanley’s passing on February 19, has been a great personal loss for me as a…

Celebrating Voices of Dissent No stranger to the country, Dr Anita Weiss, a professor of…

Three months ago, Kashmir witnessed the panchayat and local bodies elections that came to be…

In 2018 it was one poster saying “khud khana garam karlo.” This year the number…

Priyanka Gandhi Vadra’s initiation into the hubbub of Indian politics, three months before the country…

Not Me, Not Yet

“He took off my clothes in front of his employees. The employees held me as…

On March 12, Rozan, an Islamabad-based NGO, in collaboration with the Sindh Commission on the Status of Women (SCSW), held a seminar in Karachi, titled, ‘Living with Dignity: Post Shelter Integration of Women Survivors of Violence.’ 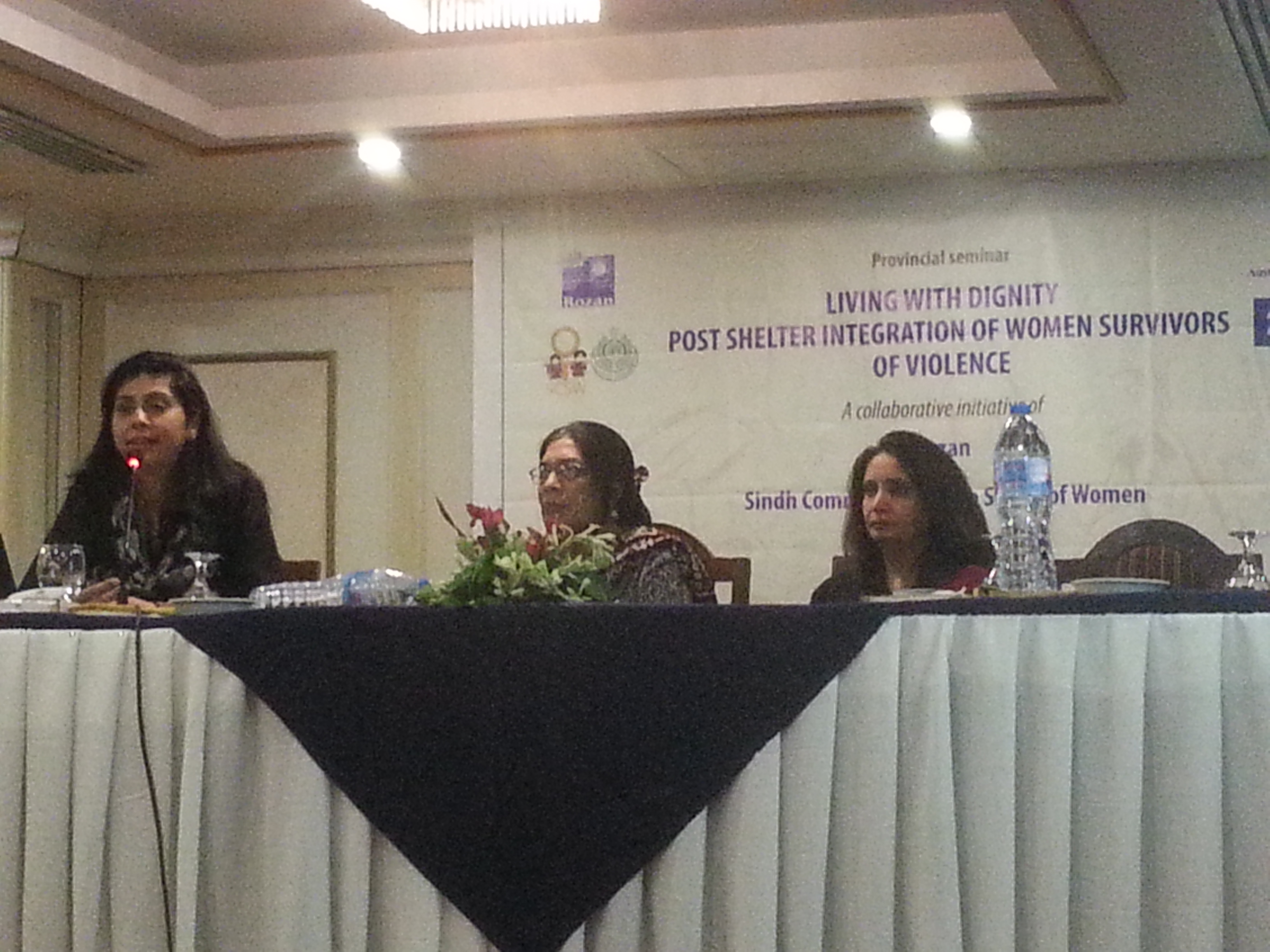 The seminar was held to share findings of its research that was conducted under the project, ‘Strengthening Response Mechanism to Gender-Based Violence (GBV) through Survivor Centred Approach with active participation and ownership of community.’ The project was funded by the Australian government.

Since 1998, Rozan has been working on the issue of violence against women and children. The NGO has previously worked at the policy level as well as provided technical support to government-run and private shelter homes to provide quality services to women survivors of violence. The NGO has helped in the development and implementatio

n of Standard Operating Procedures (SoP), and provided training and mentoring to shelter-home staff, as well as worked extensively with various stakeholders, namely the police, the media and NGOs/CBOs, to improve the response to violence against women and children.

At the level of national policies and programmes, little attention has been paid to the post-shelter journeys of women survivors of violence. Barely any evidence is available of the physical, social, psychological and economic challenges that women face when they leave government or private shelters to re-join their family or community. Drawing from several years of field experience, Rozan has attempted to fill that gap in their research and investigate post-shelter journeys of women survivors of violence and share their findings with key stakeholders. The qualitative research study is an attempt to gauge the cost of breaking the silence and resisting violence, as well as the social and economic challenges they faced to re-establish themselves.

The study revealed that several women continue to either face violence or the threat of violence, severe stigma for living without male members or as divorced women, and face financial constraints. Additionally, they are deeply distressed as a consequence of years of abuse and loss of familial support. The study highlighted a desperate need for follow-up mechanisms that could safeguard women survivors from further violence, and enable them to re-establish themselves in a society deeply entrenched in patriarchy.