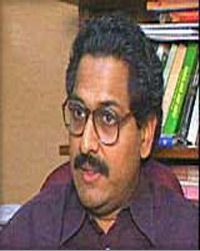 After a two-year hiatus in which they refused to have anything to do with each other and very nearly went to war, India and Pakistan are set to pick up the threads of their frayed — if not completely tattered — relationship. Though the setting was prosaic — the summit of the South Asian Association for Regional Cooperation — the expectations that have been generated are frighteningly extraordinary.

No matter how badly India would like to focus exclusively on the `multilateral’ nature of Saarc, the burden of its relations with Pakistan — and the hopes of people on both sides of the border — weighs so heavy that there is simply no getting away from the bilateral questions. Thus, in the run-up to the Islamabad meeting, India unveiled a further set of peace proposals aimed at strengthening “people to people contact,” the highlight of which was a concrete date for the start of technical talks on the establishment of a bus service between the Kashmiri towns of Srinagar and Muzaffarabad.

There has been so much grandstanding on both sides of the border since the failed Agra summit that it is easy to dismiss all such proposals — and indeed the entire recent “peace offensive” by New Delhi and Islamabad — as just so much posturing. Yet, it would be foolish to deny the very real gains that have been made since October last year, when India’s external affairs minister unveiled a set of 12 confidence- building measures (CBMs).

If it was churlish of India not to acknowledge the Pakistani provenance of some of these CBMs, Islamabad too erred in not grasping the nettle quickly and firmly enough. Even now, Pakistan is in two minds about opening up of fresh transportation links and is deeply suspicious about the proposed Kashmir bus service. Nevertheless, it was statesmanlike of Pakistan to agree to the extension of the Indo-Pak ceasefire in Jammu and Kashmir all the way up to the Agreed Ground Position Line in the Siachen glacier. Ever since Indian troops entered the glacier, the Pakistani army has resisted the idea of a ceasefire on the icy battlefield, regarding the proposal as an Indian ploy to cement its position on the ground. The fact that today, these reservations notwithstanding, the guns have fallen silent on Siachen strongly indicates there is a possibility of some forward movement on secondary political issues, even if the “core question” of the final status of Jammu and Kashmir remains off the target-sight for the present.

In a relationship as fraught with tension and misunderstanding as ours, it is crucial that policymakers strive for incremental advances rather than an all-or-nothing breakthrough.

The irony is that both New Delhi and Islamabad have been following a self-defeating policy. The Indian government’s position of opposing the resumption of dialogue (and even, until recently, transportation links and people-to-people contact) until cross-border terrorism ends, has done little to staunch the influx of extremists from the Pakistani side. Similarly, Islamabad’s insistence on a “Kashmir or nothing” approach has only served to keep Kashmir firmly off the menu for all intents and purposes. What is needed is a change in mindset on both sides and the recent bout of CBMs suggests a start is being made.

In order to move rapidly forward to the next stage, India and Pakistan need to ensure the irreversibility of the modest steps they have taken so far. New Delhi should never again cut bus, train and plane links with Pakistan; whatever the provocation. Experience has shown that it is only ordinary Indians and Pakistanis who are inconvenienced, not terrorists. Second, India and Pakistan should also make permanent the ceasefire now in operation along the entire length of the International Border, the Line of Control and AGPL in Jammu and Kashmir. Apart from stopping the pointless loss of soldiers’ lives, a permanent end to the shelling will also mean that villagers living in border areas will no longer have to brave death in order to till their fields, go to school, or take their sheep out to pasture. Third, Pakistan needs to assure India that its publicly enunciated policy of not allowing armed individuals to cross the LoC or receive training in the Pakistani side of Kashmir will be strictly adhered to, now and in the future. More than doing India a favour, Pakistan will be helping itself by restraining and disbanding the armed groups that freely operate on Pakistani soil in the name of Islam. As last month’s deadly assassination attempts on General Pervez Musharraf demonstrate, it is inevitable that groups like Jaish-e-Muhammed and Lashkar-e-Tayyaba will eventually seek to disrupt and destroy the Pakistani nation state from within.

Once the irreversibility of the current CBMs has been guaranteed, India and Pakistan should take two quick steps to impart additional momentum to the peace process. First, they should return to the spirit of the Siachen agreement reached by the two Foreign Secretaries in Islamabad on June 17, 1989. Both sides had agreed then “to work towards a comprehensive settlement, based on redeployment of forces, reduce the chances of conflict, avoidance of the use of force and determination of future positions on the ground so as to conform with the Simla Agreement and to ensure durable peace in the Siachen area. The army authorities of both sides will determine these positions.” However, when it came to implementing the Siachen Agreement, first India and then Pakistan got cold feet and there the matter has been hanging, unresolved, at the cost of hundreds of lives and crores of rupees. According to some accounts, a formal treaty on Siachen was all but signed. If this is so, dust it out and sign it. Neither side will lose anything other than the asphyxiating high of pulmonary oedema.

Second, the technical modalities for the Srinagar-Muzaffarabad bus should be worked out at double speed. It matters little, as some Pakistani commentators fear, that passports will be stamped at a point on the Line of Control. Just as Simla defines the LoC without prejudice to either side’s stated territorial claims, a customs and immigration checkpost at Uri-Chakothi will hardly turn the LoC into a permanent, de jure international border. Let the bus run, just as the Lahore-Delhi bus does, with cheap tickets and ordinary passports and visas, and let Kashmiris from either side of the LoC visit each other and see how life really is for their kinsfolk.

The Pakistani apprehension that India’s Prime Minister, Atal Bihari Vajpayee, will favour a hawkish stance in the run-up to the general elections is not borne out by the ground realities. While Indians at large may unquestioningly swallow the hawkish rhetoric of the BJP and RSS regarding Islamabad, there is a groundswell of opinion in favour of improving relations with Pakistan. Had this not been the case, it is unlikely that Mr Vajpayee would have decided to press ahead with a fresh opening to Pakistan two months before crucial state elections in Madhya Pradesh, Chattisgarh, Delhi and Rajasthan.

As for Pakistan’s worry that the “core issue” of Kashmir might simply never be tabled by India for discussion, it must realise that there is a significant constituency in the Indian side of Jammu and Kashmir that favours the establishment of a dialogue with Islamabad on the question of the state’s future. This constituency ranges from the “pro-Pakistani” or “pro-azaadi” elements in the Hurriyat Conference, to “pro-autonomy-within India” elements, like the current J&K chief minister, Mufti Mohammed Sayeed’s Peoples’ Democratic Party and the National Conference, headed by Dr. Farooq Abdullah. At the same time, Pakistan must also be prepared to deal with the Indian side raising the question of the status of Azad Jammu Kashmir and Gilgit and Baltistan in Pakistan’s Northern Areas.

The truth is that the Indian establishment has spent so much time avoiding any dialogue with Pakistan on Kashmir that little serious thought has been given to exploring the contours of a possible final settlement. The unrealistic and even naÃ¯ve plan of converting the LoC into a border is the only option that is ever mentioned. More complex solutions — like joint sovereignty, porous borders, autonomous regions, or the Russian-style autonomous republics — which approach the spirit of self-determination without violating the territorial integrity of either India or Pakistan, are never considered or studied in any serious way.

At the end of the day, it might well be that General Pervez Musharraf’s Agra formula for solving the Kashmir dispute — “Let us negate the solutions each side finds unacceptable” — will turn out to be the most robust approach. But for us to get to the stage where we can negate each other’s solutions and whittle our options down to those that are mutually acceptable, both India and Pakistan will have to slowly work their way up the ladder of trust and accommodation.