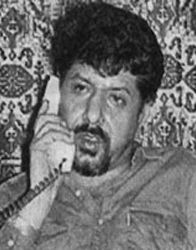 While attending an event hosted by the All Pakistan Newspapers Society (APNS) recently, President Musharraf criticised journalist Khawar Mehdi for compromising Pakistan’s national interest by cooperating in the making of a “fake video”, for which he was paid 2,000 US dollars.

“I would have given him 3,000 dollars for not doing this,” he said. Surprisingly, none of the media heavyweights present took issue with the general for passing judgement on Mehdi before his guilt has even been established. The freelance journalist has been missing since December 16, presumably having been taken into custody by the intelligence agencies.

If the charge against Mehdi — that he hired some individuals to pose as Taliban for the benefit of two French journalists — is substantiated, he can rightly be accused of unethical and unprofessional conduct. Until then he must be given the benefit of doubt. What is undeniable however is that, even after the passage of one month, Mehdi has not been produced in any court of law, nor formally charged under any section of the Pakistan Penal Code.

Morever, in what can only be termed an extra-judicial trial, he has been charged with treachery by the President, PTV and the information ministry. According to informed sources, the security agencies have picked up several people who allegedly worked with Mehdi and detained them in a cell in Islamabad although, during a hearing against Mehdi’s illegal detention, an FIA official from Karachi strenously denied his custody. Sources maintain that a proposal to charge Mehdi under the Army Act or in a sedition case is under serious consideration by the government.

Mehdi was hired by two French journalists, reporter Marc Epstein and photographer Jean Paul from the reputed French weekly L’ Express to work with them on a story about the Taliban. Mehdi was last seen with them in Karachi on December 14, after they had been given clearance by security personnel at Hub.

Being hired as a “fixer” by foreign journalists unfamiliar with the local language and contacts is not unusual. After 9/11 in particular, Pakistan’s strategic position made it the most sought after destination for the media, and fixers had a field day. As droves of journalists descended upon Islamabad, Peshawar and Quetta, each story earned fixers between 200 and 500 US dollars. Mehdi, who was once employed at The News, has been working as a fixer for the past couple of years.

The FIA arrested the two French journalists on charges of visa violation because they visited Quetta without a valid visa, an accusation they have not denied, even before the judge. However, they maintained they had never entered Afghanistan.

In their final charge-sheet, there was no mention of the recovery of any video-film or document. An FIA official informed the court that no additional charge-sheet would be submitted against the two men who were released on bail on December 24, but have yet to be united with their families.

There is no doubt some of the French journalists’ actions are extremely suspect. For instance, if they were working for a magazine, why would they be making a video and who would have assigned them to do so? But why have they not been charged with making a “fake” video film? Why has the government decided to keep the French journalists out of this controversy, considering they should be regarded as partners-in-crime with Mehdi?

Mehdi’s case is not without precedent. Recently another journalist, Amir Mir, was threatened, his car set on fire and a burning log thrown into his apartment, evidently on account of certain articles he had written that were critical of the establishment.

Less than two years ago, Ghulam Hasnain, a senior journalist presently working for Time magazine, was also detained by the intelligence agencies for some days. After being questioned, he was freed, and no charges were brought against him.

In Mehdi’s case, if the government wants to redeem its image in the eyes of the world, it must immediately set him free and allow the court to determine his guilt.