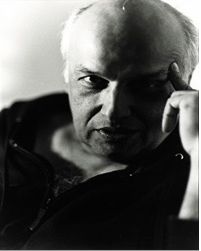 Q: How many of your movies are autobiographical?

A: Most of my films are not autobiographical, but the significant films that have established my brand identity are . In fact, I always say that when my obituary is written, I’ll be described as ‘a controversial film-maker famous for his autobiographical films.’ I stumbled on this idiom when I reached a dead end professionally. After four of my films flopped, I decided to tell my own story. The moment I did that, I shot to prominence. That is why I am obsessed with making people aware of the need to tell their own tale — it is only your own story that will see you through this harsh, unforgiving world of entertainment.

Q: How do the people who figure in such stories feel about their bedrooms being opened to the public?

A: Well, in the beginning they were embarrassed because nobody wants an intimate portrayal of themselves, and some people complained of being exploited, but how could I talk about myself without talking about them? They are as much a part of my memory as of their own. But I think that whenever I portrayed someone, I did it responsibly. Maybe I was not so responsible when I portrayed my father in my earlier film — I was harsh on him — and realised much later that there was a frail and vulnerable side to him.

Q: How did Parveen Babi feel about her portrayal in the movie Arth?

A: Parveen Babi didn’t give a damn. The media unnecessarily made a big thing of it. In fact, people attribute her mental breakdown to my film. They do not know that she had her breakdown prior to the movie’s very conception.

Q: So you have a clear conscience?

A: I’ve never felt that I have exploited that memory. In fact, I have repeatedly said and take the opportunity to reiterate that I owe a lot to that wonderful woman whose relationship gave a kick-start to my professional film career. She is a lovely woman, generous and unique, and contributed a lot to my life.

Q: Where do you think Indian commercial cinema is headed?

A: In one word — downhill! It is emotionally and intellectually timid and spiritually bankrupt. Movies are nothing but an extension of the thoughts you feel and the life you live. Indians of late have not taken a stand for anything that is real. In the twenty-first century your films cannot revolve around getting a woman and getting laid. It should look beyond that. Of course love and passion do have a place but it is within the context of the world we live in. Unless you have portions of the real world reflected in your film, it will be empty and meaningless. Our cinema is not relevant to the lives we live and doesn’t have an enduring feel. It needs to be rescued from the practitioners who are currently at the helm.

Q: Indian movies have, of late, begun to do very well internationally.

A: Well, it just goes to show that expatriate Indians are getting more and more homesick! And don’t forget that we are almost one billion people — almost every sixth person is Indian — so our consumer base is large.

Q: How do you view the Pakistan-bashing that has become a recurring feature of Indian cinema?

A: I personally find it juvenile and ridiculous. It’ll make a few bucks for us but will also do enormous damage to us as a nation. We come from a nation where Hindu thought was built on the bedrock of ‘Defence is offence.’ How can we then indulge in such brutality and savage people through words or images in the virtual world, and have the gumption to say that we are being creative and artistic? We are nothing but an extension of a huge hate machine which lives off marketing hate.

Q: What is the role of parallel cinema in India today?

A: It is almost non-existent. It was state-sponsored- a futile attempt in a country which cannot afford to entertain the nation. No matter how brilliant you are, you have to generate your own finances. However, people like Satyajit Ray have made good films without depending on the state, and should be given a nod.

Q: You mentioned earlier that your trip to Karachi has broken all pre-conceived notions you harboured. What were these notions?

A: Normally, people are very cautious when they meet celebrities from a rival land. I was certainly not expecting such an open and overwhelming response. I find people here are very transparent and generous in their praise. The enthusiasm for Indian products is more than at home and even in India, people are not so unbridled in their appreciation. There seems to be a sense of abandon and generosity surrounding people here. My trip to Karachi will always be an emotional high point in my life.

Q: Why have you decided to stop direction?

Q: What is your reaction to your daughter’s first film?

A: Pooja has made her first film and will be getting into the crucible of public verdict soon. But, it is heartening to see a girl making a film in such a hash terrain and on a subject that is not easy. I think she has spectacular visual style and it is gratifying to see her this way.

Q: Are you in favour of an open policy vis-a-vis the film industries of both our countries?

A: I think the Pakistani film industry shouldn’t be isolated, but at the same time I am opposed to any kind of colonialism and feel that Indian film-makers shouldn’t see Pakistan as a potential milking ground. However shaky Pakistan’s film industry may be, they have to learn to stand on their own feet and not rely on a crutch — otherwise the hand that pretends to help, will cripple them forever. Pakistani film makers must realise that they don’t need to imitate Indian movies — they need to create their own niche. I know they don’t have big budgets or technical expertise but their uniqueness will give them a new lease of life.